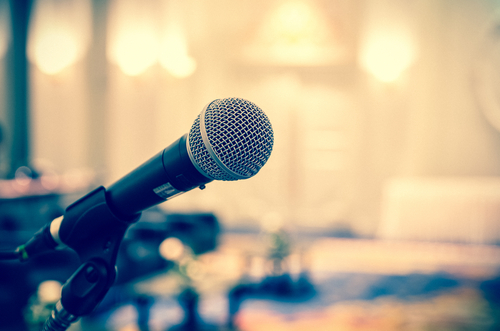 Developmental psychology is a growing specialty within the field of psychology that explores the growth and development of a human being. TED is a non-profit organization dedicated to spreading ideas through short, powerful talks delivered to a global community. When the two converge, the world gains insight into human behavior and the fundamental question of nature versus nurture. Is human behavior genetically predetermined, or is it something developed through the environment? This explorational approach to human behavior is at the heart of these five TED Talks.

Lessons from the Longest Study on Human Development

In the TED Talk “Lessons from the Longest Study on Human Development” by Helen Pearson, the speaker shares the findings of a 70-year British research study. Through the study, scientists made notable discoveries on the impact of environment and parenting styles on the future health and financial success of children. Pearson personalizes the talk with her concerns regarding her own parenting. Her position as Chief Magazine Editor of a leading scientific journal, Nature, gives her credibility as a speaker discussing scientific findings.

The TED Talk “How Your Brain’s Executive Function Works—and How to Improve It,” by cognitive scientist Sabine Doebel, reveals the speaker’s research on child development. In her TED Talk, Doebel explains the elements that impact executive function and what we can do to improve it. Executive function is the important brain activity that allows an individual to think ahead, control impulses, and stay on task.

The Mysterious Workings of the Adolescent Brain

“The Mysterious Workings of the Adolescent Brain,” a TED Talk by cognitive neuroscientist Sarah Jayne Blakemore, focuses on how adolescent brains are different from adult brains. Blakemore expertly uses models and slides to make complex scientific ideas accessible. The speaker notes how the prefrontal cortex of the adolescent brain is still growing and developing, which explains numerous teenage behaviors. Using the findings from brain imaging research and clever experiments, Blakemore explains why adolescence have difficulty with self-awareness, planning for the future, and the ability to analyze the consequences of their own actions.

The Power of Believing You Can Improve

Psychologist Carol Dweck discusses the impact of fixed-mindsets and growth mindsets in her TED Talk “The Power of Believing You Can Improve.” In the talk, Dweck illustrates how mindset impacts self-regulation and motivation, and how these behaviors impact future success. Dweck demonstrates that everyone has the ability to change the brain’s ability to learn and solve problems.

Why Teens Confess to Crimes They Didn’t Commit

In “Why Teens Confess to Crimes They Didn’t Commit” by Lindsay Malloy, the speaker discusses why teens are more likely to confess to crimes they did not commit than their adult counterparts. This phenomenon has a lot to do with the way the adolescent brain works, putting them at a disadvantage in the adult legal system. With her Ph.D. in psychology and social behavior, Mallory easily establishes her credibility, and the use of actual case studies provides the emotional impact that drives the message home.