15 Scariest Mental Disorders of All Time

Imagine suffering from a mental illness that causes you to believe your significant other is an imposter set on harming you, or which convinces you that books are for eating, or worse yet, that you have somehow become the walking dead. What if you felt like yourself one day and the next day someone else was in the mirror? Scary, right?

Unfortunately for some people, these scary feelings are an every day reality. While only a small percentage of people are forced to live with the mental disorders described above, the fact remains that 450 million people worldwide suffer from mental illness. In the United States alone, one in four families is affected. Experts believe that mental illness is an actual epidemic and the United States needs far more mental health services in order to help the people in need.

While some mental disorders, such as depression, can occur naturally, others are the result of brain trauma or other injuries. We may all recognize the names of other more common mental disorders such as bipolar disorder, obsessive compulsive disorder, post traumatic stress disorder, anxiety disorder, or autism spectrum disorder. While all of these mental illnesses and many others that we did not list can be scary for those suffering, there are a few rare psychotic disorders that are especially terrifying. Below, we’ve described what we think you’ll agree are the 15 scariest mental disorders of all time. 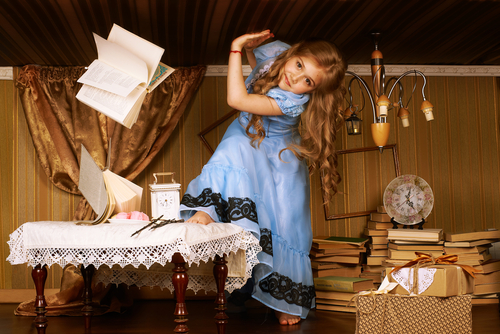 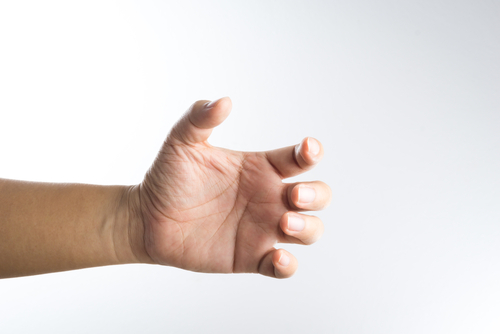 Though it’s often been used in terrifying plot twists, Alien Hand Syndrome is hardly limited to the fictional world. Those with this scary, but fortunately rare, mental disorder experience a complete loss of control of a hand or limb. The uncontrollable limb often seems to take on a mind and will of its own, and sufferers have reported their “alien” limb attempting to choke either themselves or others, ripping clothing, or scratching to the point of blood. Alien Hand Syndrome most often appears in patients with Alzheimer’s Disease, Creutzfeldt-Jakob Disease, as a result of brain surgery during which the brain’s two hemispheres have been separated, or mental illnesses. Unfortunately, no cure exists for Alien Hand Syndrome, and those affected by it are often left to keep their hands constantly occupied or use their other hand to control the alien hand. 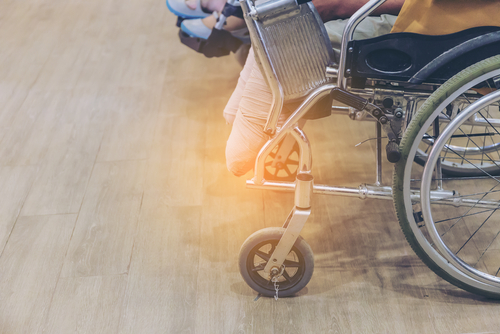 Known also as Body Integrity Disorder and Amputee Identity Disorder, Apotemnophilia is a neurological disorder characterized by the overwhelming desire to amputate or damage healthy parts of the body. Though not much is known about this strangely terrifying mental illness, is is believed to be associated with damage to the right parietal lobe of the brain. Because the vast majority of surgeons will not amputate healthy limbs upon request, some sufferers of Apotemnophilia feel forced to amputate on their own — a dangerous scenario. Of those who have had a limb removed by a doctor, most are reportedly happy with their decision even after the fact. This is one of the most interesting mental disorders that mental health professionals are clearly still trying to understand and treat. 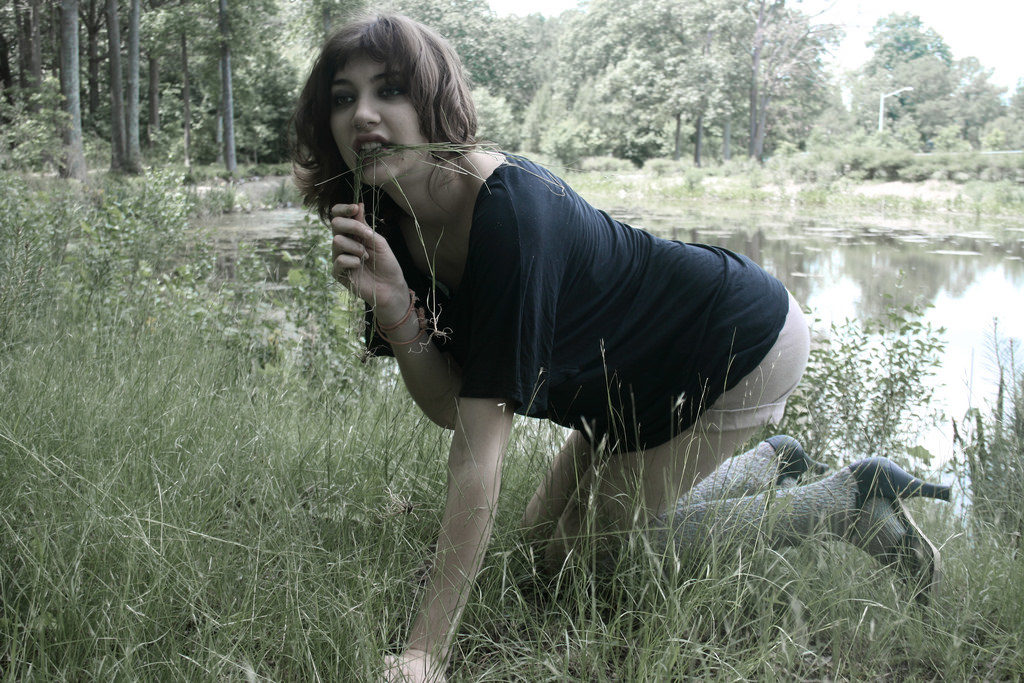 This mental illness is likely one you have never heard of. But yes, it is real! Those who suffer from the very rare — but very scary — mental disorder Boanthropy believe they are cows, often going as far as to behave as such. Sometimes those with Boanthropy are even found in fields with cows, walking on all fours and chewing grass as if they were a true member of the herd. Those with Boanthropy do not seem to realize what they’re doing when they act like a cow, leading researchers to believe that this odd mental disorder is brought on by dreams or even hypnotism. Interestingly, it is believed that Boanthropy is even referred to in the Bible, as King Nebuchadnezzar is described as being “driven from men and did eat grass as oxen.” 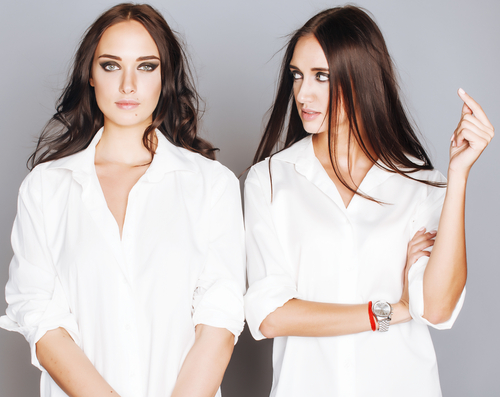 Capras Delusion, named after Joseph Capgras, a French psychiatrist who was fascinated by the illusion of doubles, is a debilitating mental disorder in which one believes that the people around them have been replaced by imposters. This is one of the most fascinating anxiety disorders to date. People suffering from this severe mental disorder believe that these imposters are usually thought to be planning to harm the sufferer. In one case, a 74-year old woman with Capgras Delusion began to believe that her husband had been replaced with an identical looking imposter who was out to hurt her. Capgras Delusion is relatively rare, and is most often seen after trauma to the brain, or in those who have been diagnosed with dementia, schizophrenia, epilepsy, or an anxiety disorder. 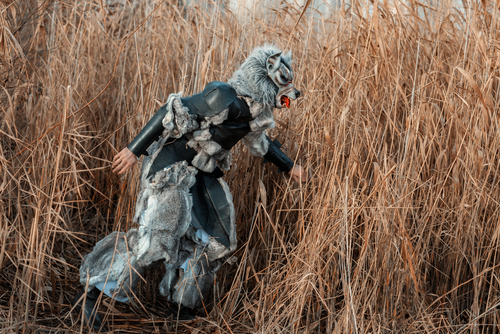 Like those with Boanthropy (described above), those who suffer from Clinical Lycanthropy also believe themselves to be able to turn into animals — in this case, wolves and werewolves, though occasionally other types of animals are included. Along with the belief that they can become wolves, people with Clinical Lycanthropy also begin to act like an animal, and are often found living or hiding in forests and other wooded areas.

Clinical Lycanthropy is a very rare psychotic disorder and is typically brought on by other mental health conditions. Experts believe it is a psychotic episode caused by schizophrenia, bipolar disorder, or a depressive disorder. 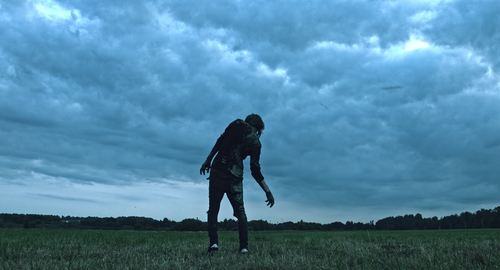 There’s a healthy interest in The Walking Dead and other elements of the current zombie trend, and then there’s Cotard Delusion. This scary mental disorder causes the sufferer to believe that they are the walking dead (literally) or a ghost, and that their body is decaying and/or they’ve lost all blood and internal organs. The feeling of having a rotting body is usually part of the delusion, and it shouldn’t come as a surprise that many sufferers of Cotard Delusion experience severe depression or manic depression. In some cases, the delusion causes sufferers to starve themselves to death. This terrifying disorder was first described in 1880 by neurologist Jules Cotard, though fortunately, Cotard’s Delusion has proven extremely rare. The most well-known case of Cotard Delusion actually occurred in Haiti, where a man was absolutely convinced he had died of AIDS and was in Hell. BBC Radio’s “A History of Delusions” has an interesting episode on “Walking Corpse Delusion” that you can list to here. 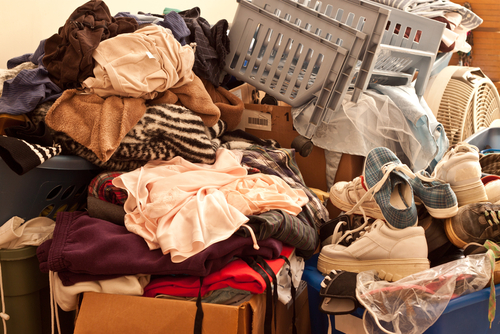 Diogenes Syndrome is more commonly referred to as simply “hoarding,” and is one of the most misunderstood mental disorders. This mental illness has gained popularity because of popular television shows on those who suffer from it being treated by mental health professionals and is actually more common than you may think. Named after the Greek philosopher Diogenes of Sinope (who was, ironically, a minimalist), this syndrome is usually characterized by the overwhelming desire to collect seemingly random items, to which an emotional attachment is then formed.

In addition to uncontrollable hoarding, those with Diogenes Syndrome often exhibit extreme self neglect, apathy towards themselves or others, social withdrawal, and no shame for their habits. It is very common among the elderly, those with dementia, those with a mental health history, and people who have at some point in their lives been abandoned or who have lacked a stable home environment. 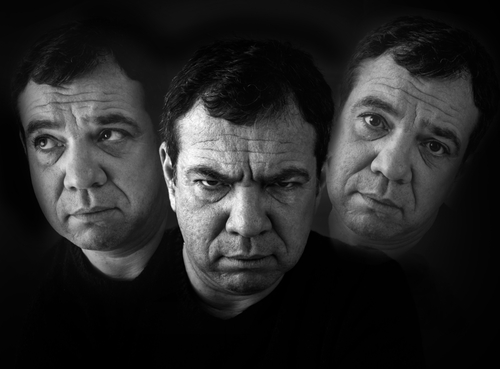 Dissociative Identity Disorder (DID), known formerly as Multiple Personality Disorder, is a terrifying mental illness that is included in myriad movies and television shows, but is extremely misunderstood. Very generally, the less than .1% of people who suffer from DID often have 2-3 different identities (and sometimes more). The American Psychiatric Association explains that victims of dissociate disorders suffer from problems with their memory, identity, emotion, perception, behavior, and sense of self.

Sufferers routinely cycle through their personalities, and can remain as one identity for hours or for years. They can switch identities at any time and without warning, and it’s nearly impossible to convince someone with DID that they have it. For these reasons, those with Dissociative Identity Disorder are unable to live normal lives, and therefore usually live in psychiatric institutions. 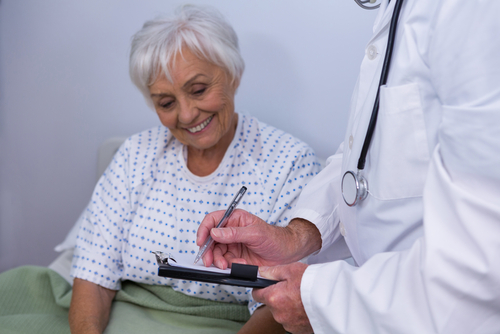 Most people cringe at the first sniffle indicating a potential cold or illness, but not those with Factitious Disorder. This scary mental disorder is characterized by an obsession with being sick. In fact, most people with Factitious Disorder intentionally make themselves ill in order to receive treatment (this makes it different than hypochondria). Sometimes, sufferers will simply pretend to be ill, a ruse which includes elaborate stories, long lists of symptoms, and jumping from hospital to hospital. Such an obsession with sickness often stems from past trauma or serious mental illness. It affects less than .5% of the general population, and while there’s no cure, it is often able to be limited via psychotherapy. 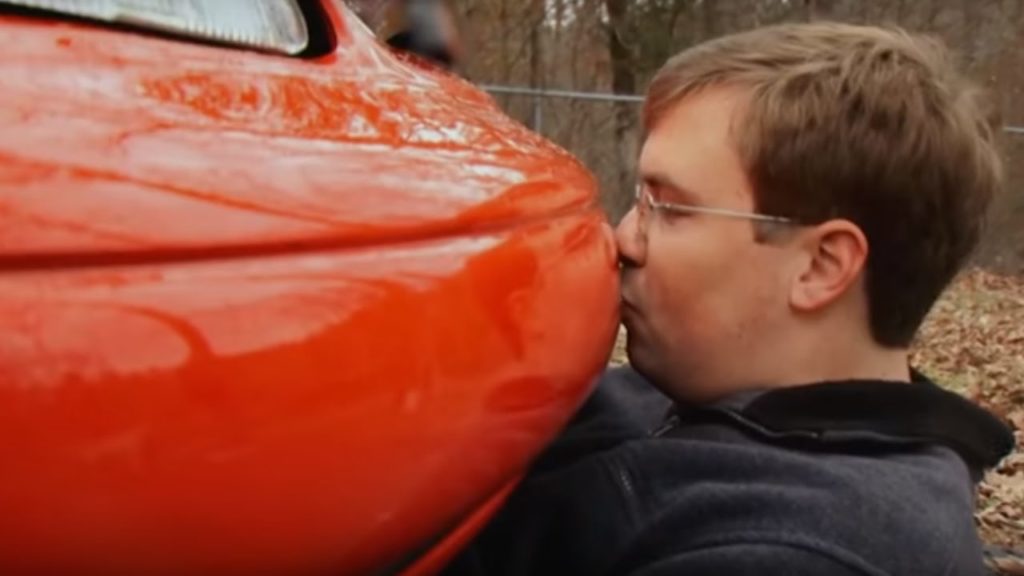 Imagine craving the taste of a book or wanting to have sex with a car. That’s reality for those affected by Kluver-Bucy Syndrome, a scary mental disorder characterized by memory loss, the desire to eat inedible objects, and sexual attraction to inanimate objects such as automobiles. Not surprisingly, those with Kluver-Bucy Syndrome often have trouble recognizing objects or people that should be familiar. This terrifying mental disorder is difficult to diagnose, and seems to be the result of severe injury to the brain’s temporal lobe. Unfortunately, there is not a cure for Kluver-Bucy Syndrome and sufferers are often affected for the rest of their lives. They may severely struggle in their daily life in terms of their personal relationships, career, and more. 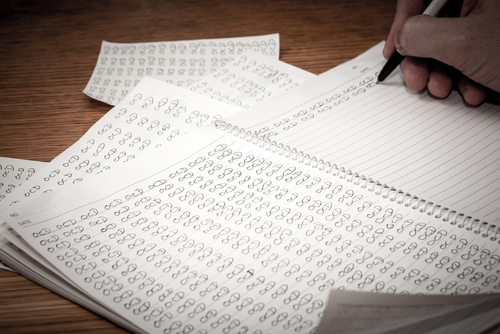 Though it’s widely heard of and often mocked, Obsessive Compulsive Disorder (OCD) is fully understood by very few. OCD manifests itself in a variety of ways, but is most often characterized by immense fear, anxiety, and recurring thoughts of worry. It’s only through the repetition of tasks, including the well-known obsession with cleanliness, that sufferers of OCD are able to find relief from such overwhelming feelings. To make matters worse, those with OCD are often entirely aware that their fears are irrational, though that realization alone brings about a new cycle of anxiety. Obsessive Compulsive Disorder affects approximately 1% of the population, and though scientists are unsure of the exact cause, it is thought that chemicals in the brain are a contributing factor. 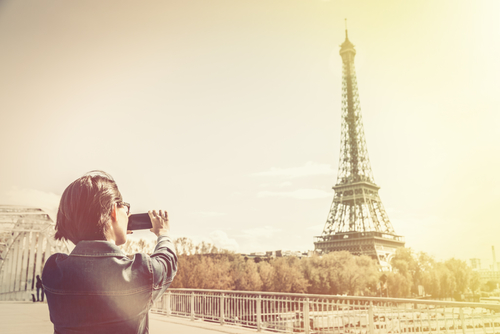 Paris Syndrome is an extremely odd temporary mental disorder that causes one to become completely overwhelmed while visiting the city of Paris. Interestingly, it seems to be most common among Japanese travelers. Of the approximately 6 million Japanese visitors to Paris each year, 1-2 dozen experience the overwhelming anxiety, depersonalization, derealization, persecutory ideas, hallucinations, and acute delusions that characterize Paris Syndrome. Doctors can only guess as to what causes this rare affliction. Because most people who experience Paris Syndrome do not have a history of mental illness, the leading thought it that this scary neurological disorder is triggered by the language barrier, physical and mental exhaustion, and the reality of Paris as compared to the idealized version. 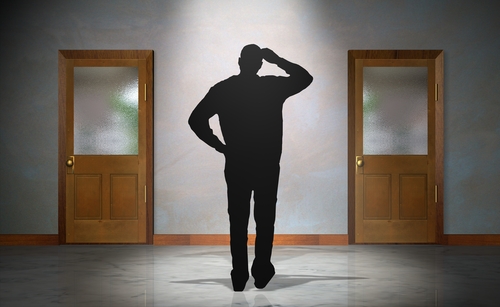 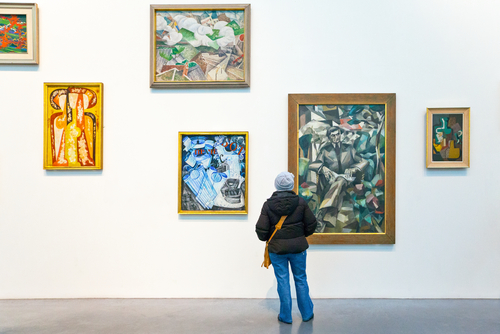 Stendahl Syndrome is a psychosomatic illness that is, fortunately, seemingly only temporary. The syndrome occurs when the sufferer is exposed to a large amount of art in one place, or in other environments characterized by extreme beauty. Those who experience this odd, yet scary mental disorder report sudden rapid heartbeat, overwhelming anxiety, confusion, dizziness, and even hallucinations. Stendahl Syndrome is named after the 19th century French author who described in detail his experience after an 1817 trip to Florence. Those who suffer from Stendahl Syndrome may not have a history of mental illness or mental disorders. However, it may more commonly present itself in those with anxiety disorders or other mood disorders. 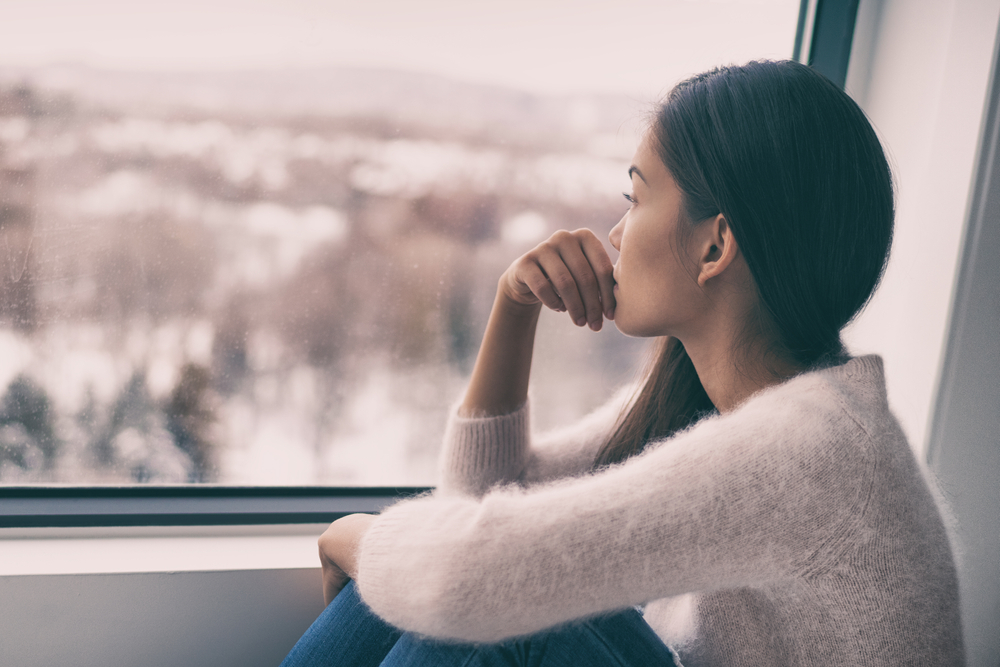 Mental health is one of the most controversial and interesting topics in our world and has been since the beginning of psychology. Learning about mental illnesses and mental disorders helps us understand mental health and the struggles of those around us. Mental health services can teach us a lot and help those suffering to find the help they need but unfortunately for some, there is no cure. While these 15 mental disorders are terrifying and feel unimaginable, they are a reality for many victims and have them suffering from constant thoughts that can be so difficult to manage.