10 Fascinating Facts About the Psychology of Color 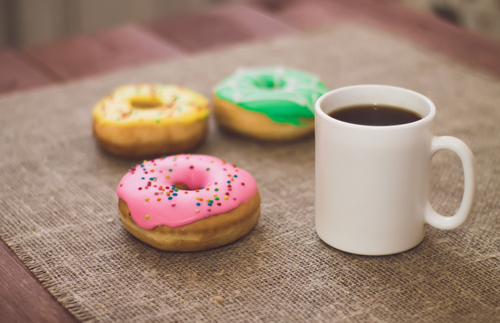 Colors are some of the very first things we learn — at least, we learn to name and identify them. But did you know that colors, in addition to making things look nice, can also make us hungry or dizzy? Or make us more likely to be hired for a job? Psychologists have long been fascinated by the effect of color on the human psyche, and though hundreds of studies have already been done on the topic, scientists are still asking questions about just how much humans are influenced by color. Below, we’ve listed 10 of the most fascinating facts about the psychology of color.

Think about when you see the big red letters on a “Clearance” sign, or McDonald’s unmistakable red M. How about the classic red script of Coca-Cola? Are you beginning to feel thirsty or in need of an excellent deal? If so, you aren’t the only one. Many companies — including Colgate, Nintendo, Virgin, and KFC, to name but a few — use red to entice customers because red has been scientifically proven to create a feeling of urgency. It’s an emotional color.

Similarly, the color blue evokes feelings of tranquility and trust. That’s why so many financial companies (Visa, PayPal), technology companies (IBM, Facebook, Twitter), car companies (Ford), and healthcare companies (Oral-B) use blue in their logos and advertising. Other colors that are often used for their ability to evoke certain emotions include green (nature and growth, think Whole Foods or Animal Planet), orange (confidence and enthusiasm, think Harley Davidson or Hooters), black (power and elegance as used by Jaguar, Chanel, and Mont Blanc), white (perfection, think Apple or Ralph Lauren), purple (wealth and royalty, like Crown Royal or Cadbury), and yellow (intellect and energy, think National Geographic or DHL).

Colors can even play tricks on your mind.

Though it’s proven pretty difficult to conclude definitively that color affects a person’s psyche, there have been plenty of studies — some official, some not so official — that have come close. These studies date back to the 1930s, when neurologist Kurt Goldstein began experimenting with things like color and appearance. For example, Goldstein found that people assume red objects are automatically heavier, while those that are green are automatically lighter.

In a more recent case, a coffee shop with light blue walls was so tired of hearing their customers complain about the cold that they painted the walls orange. The temperature stayed exactly the same, but the complaining stopped entirely. A study done by a casino found that when the table tops are red, as opposed to blue, people are more inclined to gamble longer. Meanwhile, the city of Glasgow in Scotland heard about a study that suggested the color blue evokes trust. When the city changed all of its street lights to blue lighting in 2000, they found that their crime rate decreased.

You’re more likely to forget something when it’s in black and white.

Psychologists have found a number of connections between color and memory. As it turns out, people have more trouble remembering facts presented in black and white than they do facts presented in color. For example, lecture notes written in colored pen are more helpful than notes written in black ink, while a scene from a black-and-white film is harder to remember than a scene from a film in color. The reason for this seems to be that color — of which black and white technically are not included — has a stronger affect on the senses necessary to form a memory. 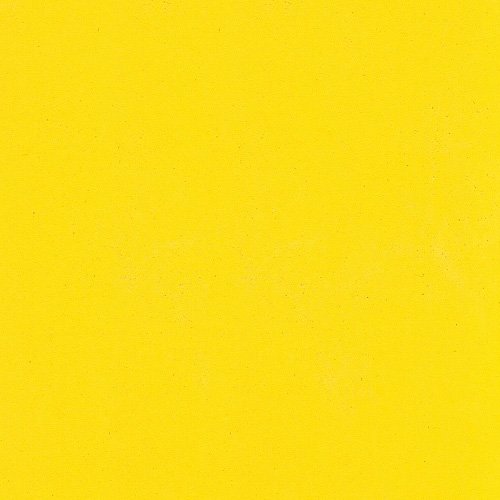 There’s a reason you never see yellow in an airplane.

Take a good long look at the above block of yellow. Does it make you feel dizzy after a moment? Maybe even a little nauseated? If so, you’re in good company. A number of studies have shown that the color yellow can cause dizziness and nausea. For this reason, it’s often used sparingly (or very strategically) by those in advertising, and is almost never used in the interiors of various forms of transportation — most notably, airplanes.

It’s possible to be afraid of certain colors.

Granted, everyone has colors they don’t like, but is it really possible to be afraid of a certain color? Apparently so. Chromophobia, or Chromatophobia, refers to an irrational fear of or aversion to certain colors. In most cases, chromophobia stems from a conditioned response, or a past negative experience, but is fortunately an extremely rare diagnosis.

Color is difficult to study because so much of color depends upon perception. For example, think about the fact that blue was once the symbolic color for baby girls, while pink was mostly used for boys. That thought probably seems odd, because we’ve been conditioned in a world in which the opposite is true.

But one thing that has been studied over and over again is the fact that that perception matters a whole lot, especially in terms of names. Make-up, paint colors, jellybeans, and even fabric and clothing are almost always preferred when they have a cool name. For example, one study found that paint colors with creative names were purchased much more frequently than their normally named counterparts. In another study, jelly beans with names like “razzmatazz” were chosen much more frequently than those with names like “lemon.” In yet another study, people were shown two cards differently named but showing the exact same color. The vast majority of people said they preferred the “mocha” card to the card that was “brown.”

The color black doesn’t just evoke feelings of power when it comes to logos. Various studies have suggested the same psychology applies to humans, as well. For example, researchers looked at more than 52,000 professional hockey games and found that teams were penalized for aggression by the referees far more frequently when they were wearing black jerseys. No wonder lawyers almost always wear black, judges wear black robes, and Coco Chanel invented the “little black dress” for powerful women.

Researchers at Arizona State University made the groundbreaking discovery that the ability to see red in all its glory often comes down to gender. There’s actually a gene that allows people to see and interpret red and the related cardinal, maroon, crimson, etc., and that gene is linked to the x-chromosome. Because women have two x chromosomes by nature, they’re armed with a better ability to see the entire red spectrum, whereas males, with their single x chromosome, aren’t necessarily equipped to notice much difference between red and, say, cardinal.

When people meet for the first time, the vast majority of their first impressions are made up of color recognition. Studies suggest that those who consistently wear neutral colors or black make fewer positive first impressions, but those who wear brighter colors are more likely to form friendly bonds. More specifically, wearing hints of red (for women) or blue (for men) on a first date could lead to stronger feelings and a definite second date, while those who wear black for a job interview are more likely to be hired.

Blue is the world’s favorite color.

Despite the many differences of cultures and people around the world, there is at least one thing we all have in common: the color blue. Studies done around the world reveal that a whopping 40% of people consider blue to be their favorite color. Second place goes to purple, though that received only 14%, and last place goes to black.