What Personality Characteristics are Important for Psychologists? 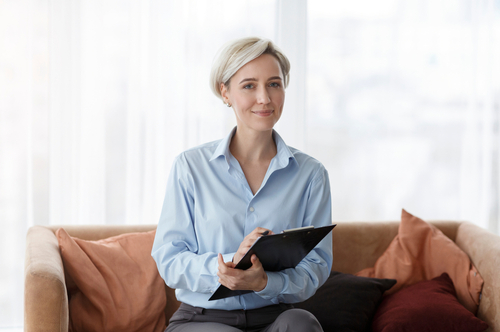 If you’re interested in one of the wide range of occupations that deal with psychology, you probably want to know more about the ideal personality traits of psychologists. The truth is, any personality type is suited for a career in psychology, but some types seem to choose this path more than others. As in any career, people who work in psychology have to learn professional skills and adapt to their environments. However, when it comes to the traits they are born with, understanding those traits is more important than having one particular combination of traits.

With so many types of personality in psychology, it’s easy to lose sight of each type’s original meaning. From Carl Jung’s four cognitive functions to Isabel Myers’s 16 personality types, modern psychological models are more accurate and accessible than ever.

To understand where these models come from, it can help to know the history of depth psychology and its philosophical counterpart, existentialism. The story of existentialism and depth psychology is the beginning of the new Western science of subjectivity. Without this science and its philosophical underpinnings, personality type models wouldn’t exist.

Psychologists need to be emotionally perceptive so that they can analyze what a patient is saying as well as the patient’s body language. They need to be in complete control of their own emotions so that their personal lives don’t bleed through to their professional lives. This quality goes along with being professional in general, but psychologists especially must show patients an air of stability and empathy to gain their trust. Above all, psychologists need to have a high level of concentration and excellent analytical skills, no matter what personality type they’re born with.

Psychologists disagree over the idea of personality types because testing shows that most people have an even mix of all personality types. Only a relative few individuals have distinct personality types, meaning they don’t have the characteristics of the other types. The Myers-Briggs personality test breaks people down into 16 categories, and each category is made up of a combination of four personality types chosen from eight possible types.

According to Myers-Briggs, the four spectra of personality traits are Extraversion-Introversion, Sensing-Intuiting, Thinking-Feeling and Judging-Perceiving. Research has shown that most people fall almost exactly halfway between each of these types on a spectrum, with the tail ends of the population falling closer to one type or the other. However, most people favor one trait over the other and identify themselves as, for example, thinking rather than feeling or perceiving rather than judging. 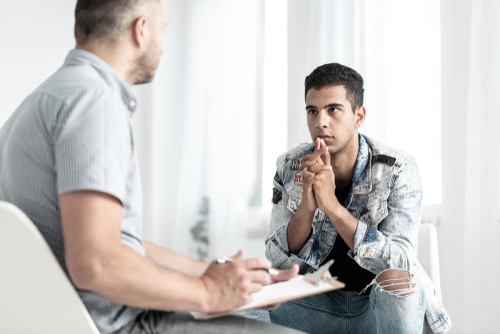 Research has also shown that psychologists are represented by every personality type on the Myers-Briggs scale. One important point to mention is that 85 percent of psychologists are intuitive rather than sensing, even though most people in society favor sensing over intuiting. People who prefer sensing do not read into a situation more than they can see, instead waiting for observable facts. Intuitive people analyze what they see in an attempt to learn more than the facts presented by what is observable. It’s also important to note that intuitive people are not always right about what they read from a situation; they just naturally try to guess more than they can observe.

Mainstream psychologists use the Big Five personality traits to categorize people by type. The Big Five traits are extroversion, openness, conscientiousness, agreeableness and neuroticism. For every individual, each trait falls on a point along a spectrum, and the combined scores for all five traits make up a general personality type.

Scores for each trait range from one extreme to the other. For example, a person can be extroverted, introverted or somewhere in between. Moreover, a person’s score on a particular trait can change over the course of a lifetime.

Psychologists use technical definitions of each of the Big Five traits for accuracy and uniformity. According to the American Psychological Association, extroverts are outgoing while introverts prefer small groups or solitude. People who are high in trait openness seek out new ideas and experiences while those who are low in openness avoid them. Conscientious people can be orderly and industrious while less conscientious people may be untidy or lazy. Agreeableness refers to how reluctant someone is to be assertive, and neuroticism refers to an individual’s baseline level of negative emotion. These traits offer a general framework for personality types, but individuals can express them in unique ways. 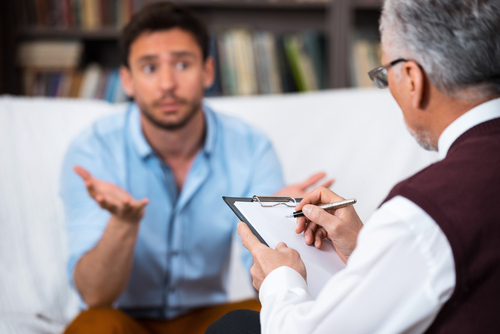 Depth psychology is a wide-ranging scientific paradigm that emerged together with existentialism and modernism in the late 19th century. The major figures of depth psychology are William James, Sigmund Freud and Carl Jung, who was its most radical and influential proponent.

The most significant idea to come from depth psychology is the concept of the unconscious mind, which has provided fertile ground for psychoanalysis since Freud published “The Interpretation of Dreams” in 1900. Before the advent of depth psychology and existentialist philosophy, Western science lacked a framework to describe human subjectivity, which had previously been the domain of religion.

In the late 19th century, the existentialist philosopher Friedrich Nietzsche declared, “God is dead,” as Christianity waned and Western scientists began to learn the secrets of the unconscious. Eighty years later, when a BBC reporter asked Carl Jung if he believed in God, the psychologist answered, “I don’t need to believe; I know.”

Jung had a radically different understanding of “God” than Nietzsche. The paradigm shift that marked the end of Christianity’s philosophical authority and the birth of depth psychology replaced Nietzsche’s biblical God with Jung’s map of the human psyche.

The concept of archetypes has been around since Pythagoras and Plato taught geometry to their students in ancient Greece. Archetypes are the general forms underlying all phenomena in the observable universe. By definition, no object can exist without taking the shape of one or more archetypes.

Jung proposed archetypes that coincide with character types from religion, literature and esoteric systems such as tarot and astrology. These types include the Maiden, Mother, Crone, Hero, Sage and Trickster, among others. Jungian psychologists may use archetypes or the Big Five traits to categorize people by personality type.

How Personality Traits Develop Over a Lifetime 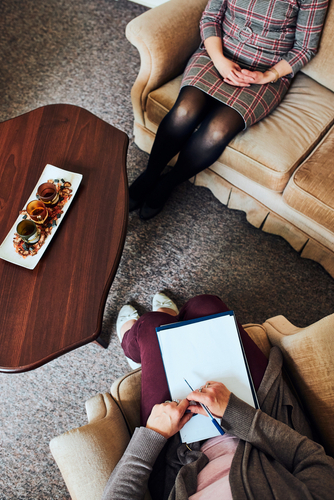 Human beings go through many stages of development over the course of a lifetime. The early stages establish a person’s temperament and general psychological orientation, which may change little after childhood. Traits such as extroversion and neuroticism may be firmly established by adolescence while others, such as openness and conscientiousness, may fluctuate or develop over time.

Voting patterns offer an example of this process. Young people tend to be liberal while older voters often become more conservative, showing a decrease in trait openness with age. Over the decades of his career, Carl Jung observed a series of archetypal changes in his personality as well as the personalities of his patients. He used the model of the solar system to illustrate a network of archetypal patterns nested within patterns. Jung compared the narrative arc of a complete human life with the rising and setting of the sun, referring to a person’s later years as the “afternoon of life.”

Late in his career, Jung increasingly turned to esoteric systems for models of human psychological development. In his posthumous book “Liber Novus,” Jung diagrammed his ideas with astrological illustrations, underlining the correlation between archetypal development and planetary transits. For Jung, archetypes described the fundamental types of personality in psychology’s emerging science of the unconscious.

In psychological terms, meaning is a kind of ongoing narrative running in the background of human consciousness. People experience their subjectivity as a story and work to fit their experiences into a narrative that makes sense emotionally and intellectually.

An individual’s path of psychological development can include several major archetypal transformations with corresponding changes in meaning and narrative. A total transformation of meaning is akin to death, and depending on a person’s level of trait openness, it can involve extreme suffering and even despair.

An abrupt archetypal transformation feels like death because it temporarily renders most experiences meaningless. A person who is low in trait openness may respond to this loss of meaning with depression, alcoholism or suicide while a more open-minded person could emerge from it with a new and improved sense-making narrative.

A complete transformation of a person’s psychological narrative is a rebirth into a new life. As a person learns to let go of unproductive old habits, these rebirths can become less disruptive and more positive and energizing.

The Functional Types of Personality in Psychology

The 16 Myers-Briggs personality types are based on the functional types that Jung described in his book “Personality Types.” The four cognitive functions are thinking, feeling, sensing and intuiting, and Jung studied how these functions operate in both introverts and extroverts.

According to the APA, thinking refers to rational reasoning while feeling refers to awareness of emotion. Intuiting is the act of reading into a given situation to grasp a deeper meaning while sensing is the face-value interpretation of facts.

Jung found that extroverts express these functions objectively whereas introverts express them subjectively. For example, an extrovert might express the act of intuiting as brainstorming without introspection into the greater meaning of his ideas. In contrast, an introvert might express intuiting as a subjective contemplation of ideas arising in her consciousness. These types are archetypes, however, and few people express them in their pure form, instead embodying some combination of functions.

The Myers-Briggs system adds judging and perceiving to Jung’s original eight styles of cognition, bringing the number of types to 16. Judging and perceiving refer to a person’s ability to plan ahead with enough flexibility to make adjustments as events unfold. In the Myers-Briggs system, each of the 16 combinations of cognitive functions corresponds to a specific personality type, such as INFP, which indicates the introverted, intuiting, feeling, perceiving type.

The Greater Influence of Personality Types

Over the years, these models have spread to society at large, becoming common knowledge in business and pop culture with free online personality tests available on many websites. In the business world, employers often use personality type tests along with personal enhancement techniques such as mindfulness exercises to optimize productivity. In addition to the Myers-Briggs system, businesses may use the Big Five model or more esoteric systems such as the Riso-Hudson Enneagram Type Indicator test.

The nine Enneagram personality types are:

This system originated with the writings of Evagrius Ponticus, a Christian mystic who lived in Alexandria at the end of the Roman empire. It remained an obscure theory until the 20th century when several researchers independently developed it into a personality type system. A Bolivian philosopher named Oscar Ichazo performed most of the original research for this system, teaching his students about it at the Arica Institute, a school that he founded in Chile in 1968.

Today, anyone can learn which Enneagram type they have by taking the RHETI test on the Enneagram Institute website. Businesses may use the RHETI test to determine their employees’ personality types and optimize their workforce. Although free Enneagram tests are available from unofficial sources, the RHETI test is standardized for accuracy and consistency.

Anyone interested in psychology can become a psychologist, but the most important step is to become a sharp, critical thinker and ethical professional. Understanding your personality traits and how they relate to the field of psychology, will help you as you study and develop as a psychologist.