15 Things to Know About Mental Disorders in Animals

We know many people suffer from mental disorders, but what about animals? If you’ve ever suspected your dog is depressed or your cat has a touch of obsessive compulsive disorder, you could be right. Most veterinarians and animal psychologists agree that animals can indeed suffer from various mental disorders, though not in quite the same ways as humans. For example, mental illness in humans is often the result of chemicals in the brain.  Animals often display characteristics of mental illness when they’re mistreated or when they’re unable to get what they seek or need. Perhaps this is why animals living in captivity seem to exhibit more compulsive behaviors than those in the wild.

Those same veterinarians and animal psychologists also agree that animals wouldn’t suffer from mental disorders if we’d only treat them right. But besides the obvious, do we really know the right way to treat our animal companions? If we did, would anxiety in our cats and dogs be so common? Below, we’ve listed 15 fascinating things you need to know about mental disorders in animals.

Military dogs have been known to suffer from PTSD. 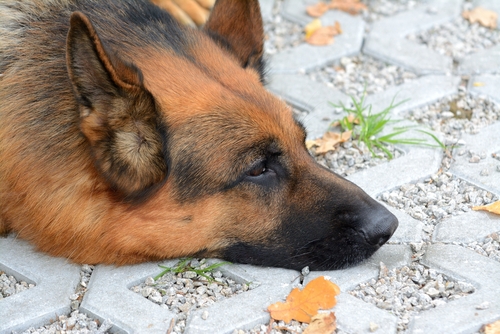 Just as human soldiers can experience post-traumatic stress disorder, so too can canine soldiers. Countless military dogs have returned from the Middle East conflict exhibiting the same heartbreaking behaviors that so often plague battle-experienced humans. Though all too often, dogs with PTSD are immediately euthanized upon their return to the United States, more and more veterinarians are beginning to develop effective training methods to help dogs in their emotional recovery.

Birds have their own forms of depression and anxiety. 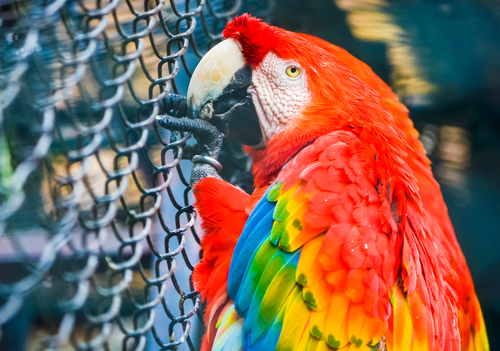 Stress, overexcitement, and boredom can cause captive birds to exhibit signs of depression and anxiety. Signs of avian depression include over-preening and feather plucking, similar to the human condition of trichotillomania, or compulsive hair plucking.

Dogs can have autism. 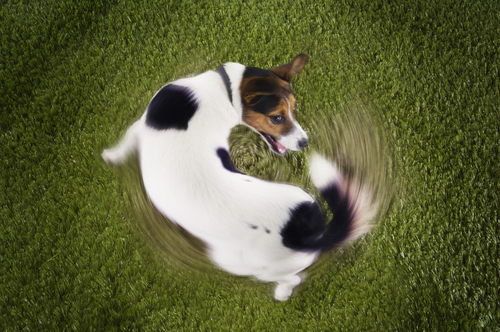 Is it possible for dogs to be autistic? According to a growing number of veterinarians, yes! A 2015 study conducted by the American College of Veterinary Behaviorists found interesting links between autism-like behaviors, such as obsessive tail chasing, and various genetic information. Of 132 bull terriers studied (55 tail-chasing terriers and 77 non tail-chasing terriers), the researchers found that tail chasing is most prevalent in male dogs. It’s often done during a trance-like state and can be considered a form of episodic aggression. Researchers also found that this repeated behavior occurred in dogs with “fragile X syndrome.” Though additonal research is needed to learn more about autism in dogs, it is estimated that between 15 and 60 percent of people with fragile X syndrome land somewhere on the autism spectrum. 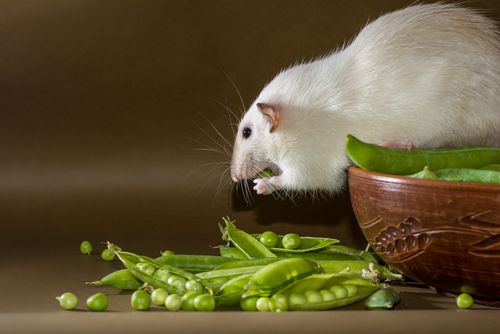 Orangutans can suffer from addiction. 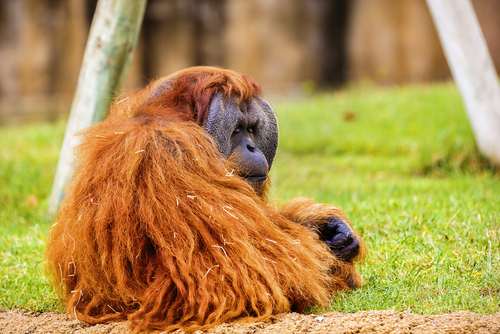 Primates such as orangutans are so biologically similar to humans that they often suffer from the same illnesses we do. These include mental disorders like addiction. In one instance, Tori, an orangutan in a zoo, got ahold of a pack of cigarettes. After mimicking the actions of her keepers, Tori became addicted to smoking and had to undergo rehabilitation. 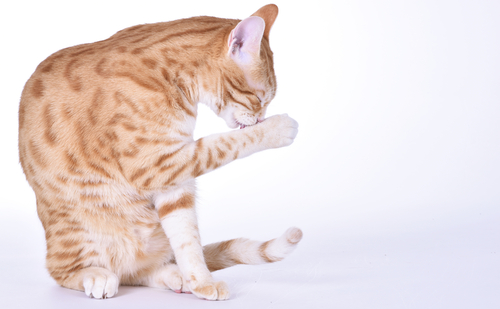 Jokes about house cats having OCD are common. It’s also pretty accurate. Excessive grooming, pacing, and mewing are all behaviors that indicate a cat is bored, anxious, or even in pain. Researchers believe that these behaviors allow pain-relieving chemicals in the brain to be released, thereby temporarily easing the cat’s anxiety. A cat that is not given enough attention, or which is not stimulated with activity, can begin to exhibit more of this unhealthy behavior.

Captive chimps can get anxiety. 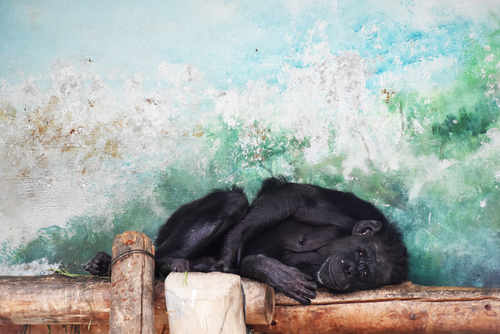 Strange, compulsive behaviors are so common in lab monkeys they’re practically taken for granted. Zoo monkeys and primates also show  number of compulsive behaviors. Recent research has revealed a strong link between the anxiety of living in captivity with mental disorders in chimpanzees. Common behaviors include hitting their own bodies, constant pacing, rocking back and forth, and drinking urine.

Bored horses can easily become a danger to themselves. 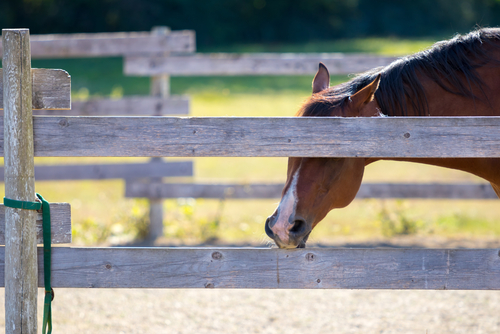 Horses are meant to be active herd animals. Those that spend too much time cooped up alone in stalls or small paddocks often exhibit odd behaviors caused by boredom and anxiety. These behaviors include “cribbing” or chewing on wood, pacing, kicking the walls of their stall, and biting. To help avoid these bad and dangerous habits, it’s important that horses get plenty of exercise, They should have time spent turned out with other horses. Even stimulating products like a ball to play with can help. Racehorses, which often spend 23 hours per day in a stall, are often given goats or sheep to keep them company. 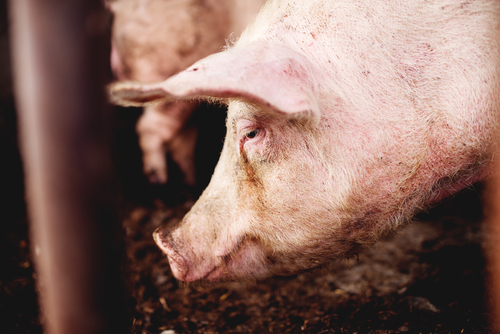 Pigs can become so stressed by their environment or social surroundings that they’ve sometimes been known to starve themselves. This odd behavior is so common, in fact, that it even has a name: Thin Sow Syndrome. Similar to anorexia in humans, Thin Sow Syndrome affects pigs with both a poor diet and plenty to eat, and is often observed along with overactivity.

Every hamster is a hoarder. 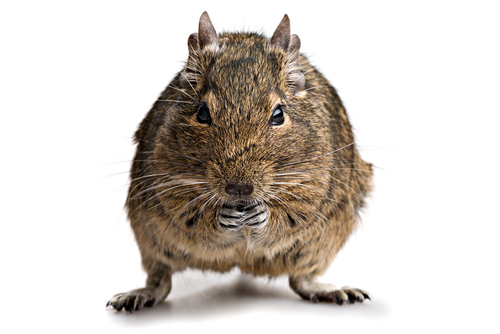 We’ve all seen those adorable images of hamsters with full mouths. As cute as this behavior is, it actually stems from the instincts of the pet’s wild ancestors.  These ancestors collected stores of food to help the survive in periods of hibernation. So, too does a pet hamster store extra food in its mouth and in the corners of its cage. 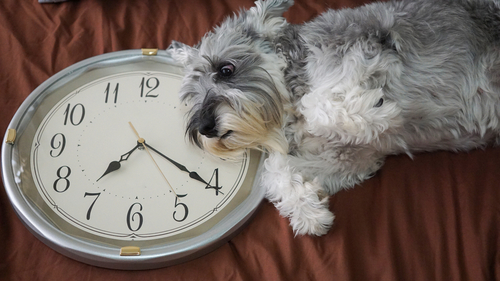 This one should be obvious to anyone who has ever lived with a dog who was scared of loud noises such as fireworks or a thunderstorm. Animals living in a wide variety of environments, including the wild, have lost sleep due to anxiety, distress, pain, or  other kinds of uneasiness. To deal with their insomnia, these animals often pace, cry or whimper, or even hide in tight places.

Elephants have been known to enjoy the occasional high. 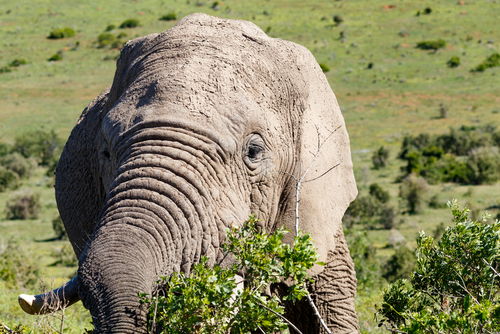 Elephants in the wild have been known to seek out a particular type of berry with hallucinogenic qualities. This often requires them to travel, and older elephants have been observed teaching juveniles how to hunt and eat these berries for themselves.

There’s a reason why only captive orcas kill humans. 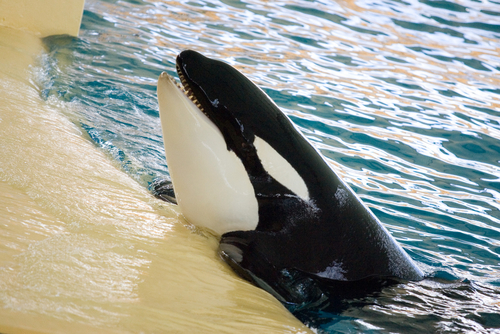 According to research conducted by Dr. Hope Ferdowsian, captive animals such as orcas and elephants commonly suffer from PTSD as a result of harsh training methods meant to “break” them of their natural habits. After what often amounts to inhumane training methods, these animals are left living in much more confined areas than what they’re used to. They have far fewer companions than they would in nature, and they’re unable to do any of the things their wild peers are. These extreme limits are stressful for animals. This stress and depression often manifests itself as aggression and other bad habits.

Some animals can commit suicide.

Elephants, dolphins, and rats have all been known to commit suicide. Elephants, for example, are often trained using extremely harsh methods. There have been multiple accounts of violently subdued elephants stepping on their own trunks and refusing to move in order to suffocate themselves. As far as we know, healthy animals committing suicide only happens amongst those which are captive, but the reality of this act is far reaching. The idea that an animal can knowingly ends its own life under unbearable conditions goes a long way to suggest that these animals have the intelligence to both analyze a situation and form some sense of a future.

Mental illness in animals doesn’t have to be permanent. 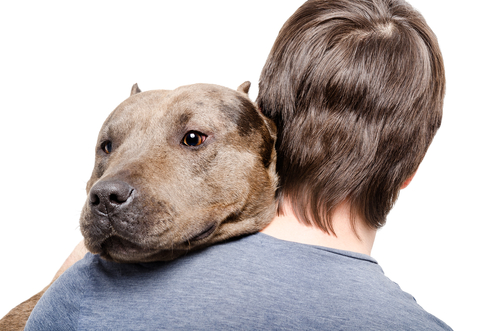 It’s no coincidence that some of the instances described above involve humans. In many places around the world, including the United States, animals are treated as property. There are few laws that protect them from abuse. But for animals who exhibit mental illness — whether a cruelly treated elephant in captivity or a loved-but-bored canine family member — mental strife does not have to be permanent. Former fighting dogs are just one example. For instance, when 51 pit bulls who had been forced to fight were rescued from Michael Vick’s property, many people  viewed them as a threat to public safety. They called for their immediate death. Just after rescue, two of the dogs died of their injuries, but only one was euthanized after being deemed “too emotionally and physically damaged” to save. The remaining 48 became the first of dozens to be rehabilitated and given a new chance for a happy life. The dogs used their second chance to become beloved members of various families, emotional support dogs, and canine breed ambassadors. One even went on to become a therapy dog for children, and was named the 2014 ASPCA Dog of the Year.