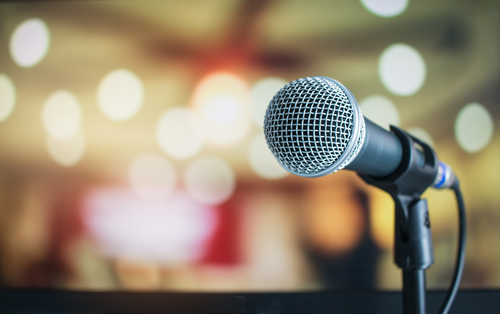 Sports Psychologists Should Listen to These TED Talks

Ben Saunders is one of four people who have skied solo to the North Pole as of 2013. His philosophy is that the individual decides what their maximum is and how far their body and mind can go. If a person has a pessimistic attitude about their abilities, then chances are good that their performance will not be as good as it could be with a positive attitude.

Aimee Mullins: Changing My Legs and My Mindset

Aimee Mullins is a double-amputee, and her talk entitled, “Changing My Legs and My Mindset” explores how a disability may allow a person to live their life to the fullest human potential. She discusses her experiences as a Paralympic athlete. Mullins has also worked as an advocate and a model, and she puts her experiences to work in explaining how a person’s attitude about their body’s limitations can make a world of difference when it comes to achieving goals.

Christopher McDougall: Are We Born to Run?

In “Are We Born to Run?”, Christopher McDougall explores what it means to be a part of a team. He gets into an ethnography of a tribe of native Mexican people who run and hunt together like humans used to do. He explores what camaraderie and teamwork can do to achieve a specific goal. The talk also goes into pack mentality and how humans are physiologically ready to compete. This TED talk also gets at the idea that humans are primed for challenge and physical competitions by the ability to sweat and run.

Having already taken a swim at the North Pole, Lewis Pugh heard about a lake in the Himalaya Mountains where he could swim. He went to Lake Imja to highlight climate change. While he was there, in 2009, he also learned a lesson on humility. He nearly drowned in the lake and had to unlearn everything he thought he knew about sports performance and survival. This is a great sports psychology talk for any trainer, athlete, coach or performance psychologist.

According to the Bureau of Labor Statistics, a psychologist should be patient because helping people can often take a long time. The TED talk by Janine Shepherd gets into what an athlete can do if their body gets in the way of their sport. Specifically, she discusses what happens when an athlete is no longer able to excel or even play in a sport that they used to do well. She explores patience both on the part of the psychologist and on the part of the athlete. She also demonstrates encouragement on how a person can adapt and find a related or even a new passion.

These talks are a good way to spend a short amount of time when having coffee, exercising or waiting for a meeting to begin. These five TED talks on sports psychology offer inspiration.