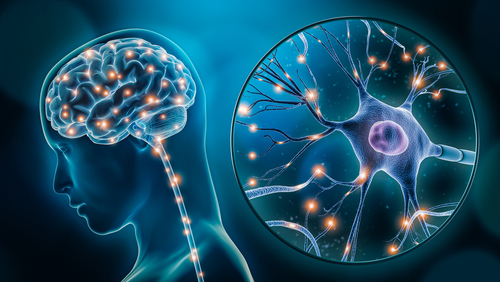 5 TED Talks on Brains, Minds, and Neuroscience
With such a broad field, TED talks on neuroscience provide a seemingly endless stream of information and ideas. One could spend days delving into the secrets of the physical brain, both human and non-human, or probe the mystery of the mind. Neurology and psychology, artificial intelligence, virtual reality, and biomimicry, brain disease and nervous system disorders—these topics are just a few of those probed by experts. However, every journey begins somewhere. To assist those fascinated with the subject, here are five great talks on brains, minds, and neuroscience.

Ed Boyden and the Invisible Secrets of the Brain

In this talk from 2016, Boyden presents the difficulty of pinpointing the origins of brain disorders within the complex microcosm of the brain. While he devotes time to the history of neurology and technology, he approaches the problem from a design standpoint. How can scientists see inside a brain, with its infinitesimal yet extraordinarily complex structures and interactions? Why not focus on creating a technology that enlarges the scale to a perceivable map based on how polymers would interact with brain tissue? This would help physicians, neurologists, and researchers to examine the complex interplay of molecules and neural interactions.

Kanwisher highlights the complexity of neurological processes that occur in the brain, beginning with the condition of prosopagnosia—the sudden loss of facial recognition. It is the result of damage to a specific part of the brain, and only the ability to recognize human facial distinctiveness is impaired. Rather than conceiving of the brain as a single processing unit or “machine,” Kanwisher asserts that each brain is a suite of many independent processing units that work interactively with one another. She then explores how this complexity should inform our understanding of mental processes and the intangible concept of Mind within the physical brain.

James Kozloski and the Simple Brain

This talk from 2016 begins by exploring what neurodegenerative diseases do to the brain. Huntington’s destroys a walnut-sized region of the brain over time, leaving individuals unable to communicate or orient themselves in the world and presents them with extreme volatile irritability. It was discovered in 1872, but the treatment for it has not improved, which is to say there isn’t yet a cure. Kozloski explores why and then goes on to assert that scientists think on too small a scale. The answer may not be in the genes or molecular structures but the larger organic organization and structures themselves.

Sam Rodriques and the Next 100 Years of Neuroscience

Bringing a fresh perspective from his education as a theoretical physicist, Rodriques offers some insights into the paths of novel inquiry that future neuroscientists may explore. As one of the more fascinating TED talks on neuroscience, it’s also sometimes startling or unsettling to traditional doctrines about how humans explore the brain and the mind. Beginning with his initial thoughts on the ineffective or misdirected nature of research in the field, he speaks about the need for more precise or factually focused research models beyond motivated behavior. This standard model for studying emotional and mental processes has yielded little advancement in the past 40 years.

Jocelyne Bloch and the Self-Repairing Brain

Functional neurosurgeon Jocelyne Bloch explores the ability of the brain to repair itself after traumatic injury. In her TED talk about the brain, the main issue she identifies is that technology does not entirely assist the brain in repair, but helps it cope or maintain. Stem cells, she asserts, are one of the main ways in which physicians can assist patients with brain injuries. While the brain has stem cells, they are not the fast-replicating, long-lived type, but are rare and live only a short time. By identifying these cells and understanding the reason for their presence in samples of injured brain tissue, she and her colleagues are developing specialized stem cell therapies for broader application.

The human brain is a fascinating topic for study. With all the potential applications and fields with which scientists who study this aspect of the physical bodywork, the perfect medium for drawing together the many threads of the brain-body-mind-machine-culture tapestry are these TED talks about neuroscience.