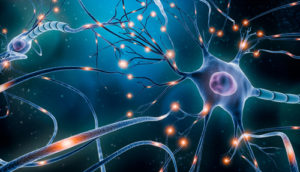 In its simplest form, a definition of neuroscience would be the study of the nervous system. However, neuroscience is much more than that.

As a discipline, neuroscience combines anatomy, physiology, and biology. Math, computer science, and other fields of science and mathematics are included as well. By taking a multidisciplinary approach, neuroscience can be used to achieve a better understanding of how the nervous system works.

Neuroscience has its applications in other areas as well. For example, neuroscientists apply their knowledge and skills to the study of everything from music to leadership, marketing to sales.

Because it is so interdisciplinary, neuroscience is rapidly becoming a strong foundation and cornerstone of how we think and manage our lives, businesses, and personal affairs. The rapid pace with which the field is expanding and increasing financial resources have made neuroscience a well-paid academic career as well.

While there are many career options awaiting you in neuroscience, the careers listed below are among the highest paying in the field.

Before we get to the list of highest paying careers in neuroscience, there are a few things to note about the salaries listed.

Third, where you work can greatly impact salary. This applies on two different levels – your employer and the geographic area in which you work. Some employers simply pay better than others. Likely an equal number pay worse than average. Likewise, neuroscientists in some geographic areas simply make more money. For example, jobs in urban areas, where cost of living tends to be higher, typically come with higher salaries than similar jobs in rural areas.

A final factor that might influence how much you earn as a neuroscientist is your area of expertise. You will likely find that specializations that are in demand will come with a higher average annual salary than fields that are less in demand.

Just keep these factors in mind as you explore the careers listed below. 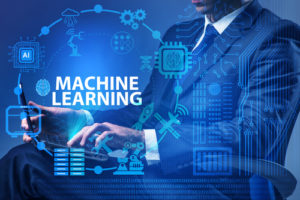 For neuroscience students who enjoy mathematics and programming, the role of the machine learning engineer is truly a fascinating one.

Another high-paying neuroscience job is neurology.

Neurologists are medical doctors that specialize in diagnosing and treating nervous system disorders. Likewise, they offer pain management and treatment options for patients that have a neurological disorder.

For example, a neurologist might see a patient that has frequent migraine headaches. Patients with dizziness, confusion, or muscle weakness could also benefit from seeing a neurologist. People that have epilepsy, Lou Gehrig’s disease, and autoimmune disorders are also well-served to see a neurologist.

When a neurologist sees a patient, they perform a physical evaluation. There are also a host of procedures at their disposal that will help them identify the specific neurological problem. These procedures include:

Because neurologists are medical doctors, they are compensated very well. According to Salary.com, the median annual salary for neurologists is $260,900. Depending on the level of experience, the speciality, and the geographic location of employment, a neurologist might make between $200,000 and $350,000 or more per year. 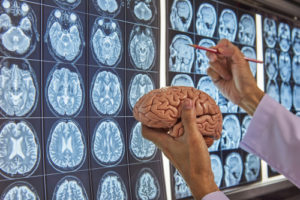 The medical field of neurosurgery is one of the most challenging, and subsequently is also one of the highest-paid branches of the surgical profession.

Neurosurgeons must pair intimate knowledge of the nervous system with an ability to diagnose nervous system and brain disorders accurately. Along with this, they must possess an extremely high proficiency in surgical techniques. Neurosurgeons may operate on patients suffering a broad range of medical issues from cancerous brain tumors to nervous system debilitation.

For example, they might operate to relieve pressure on the brain. A neurosurgeon might also operate to treat a wound or repair damage that has occurred as the result of an accident.

Surgery is not the only thing that neurosurgeons do, however. Like other doctors, they also examine patients, review patient histories, and offer their diagnosis based on the available information.

If neuroscience and statistics are of interest to you, a career as a biostatistician might be the best career path.

Biostatisticians work in both public and private sectors. There, they usually work to solve critical healthcare problems. For example, they might help define the criteria for a new pharmaceutical study.

Daily work is often done in an office or laboratory setting. They might evaluate disease rates or analyze genetic data. They also design targeted studies. Part of that design is to implement their study and analyze the data they collect. Once the data is analyzed, biostatisticians report on their findings.

An example of this might be designing a study to examine the patient outcomes of a particular medical procedure. To do this, biostatisticians determine sample size, define their methodology, collect the data, and write a report on the findings.

According to Indeed, biostatisticians earn $142,302 per year, on average. But like the other jobs listed here, the pay range extends far above and below that.

Neuroscience researchers intensively research the development and function of the brain, nervous system, and spinal cord. In some cases, researchers specialize in one of these areas.

For example, you might conduct research on a part of the nervous system, like neurotransmitters. Likewise, you might study a certain neurological disorder, like Parkinson’s disease. Their findings assist the development of a wide array of other fields, including medicine, psychology, social work, and even marketing.

The data that neuroscience researchers gather and their analyses of that data usually take place in academic settings. So, you might teach at a university and conduct research under the purview of your employment as a faculty member.

However, many researchers in this field are employed in the private sector. A good example of this is neuroscience research in the pharmaceutical industry. A researcher might work with a team of other experts to develop a new drug treatment for a neurological condition like Alzheimer’s disease.

Regardless of the location of employment, these neuroscientists can be found working in labs conducting experiments and reporting on their findings.

According to data from PayScale.com, neuroscience researchers earn an average yearly wage of $72,054 per year. The base salary range extends from less than $42,000 per year to more than $115,000 per year.

While the lower end of the pay scale for neuroscience researchers is not terribly high, the prospect of making six figures makes this one of the highest paying careers in neuroscience. 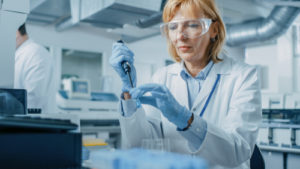 Pharmaceutical scientists pair knowledge of neuroscience with a high level of expertise in chemistry or biochemistry. They use this knowledge to improve upon existing drugs, develop new ones, and chart the rate of success with a broad range of pharmaceutical drugs.

A typical day for a pharmaceutical scientist would include conducting research, analyzing data, and reporting their findings to various stakeholders. This work usually takes place in a lab setting, either in academics or the private sector.

Some workers in this field serve as consultants. They might make recommendations to private businesses regarding the manufacture of new drugs. They might also work for government agencies that oversee drug development, such as the Federal Drug Administration

From antidepressants and antipsychotics to mood stabilizers and chronic pain drugs, pharmaceuticals are heavily dependent on the work of neuroscience researchers. These researchers specialize in drug development, and subsequently, the role of the pharmaceuticals researcher is a highly paid one.

Recent data from PayScale.com shows that pharmaceutical scientists earn around $81,000 per year. But that’s just the base salary. They often receive bonuses for the development of successful new drugs. Many companies also offer a range of benefits, like medical insurance, paid leave, and retirement contributions, among others.

Of course, the pay range for this career is quite wide. The base salary for lower-end earners is around $46,000 per year. But more experienced and more highly educated workers can earn in excess of $116,000 per year for a base salary.

Cognitive neuroscientists connect the fields of psychology and neuroscience. This includes disciplines like cognitive psychology, physiological psychology, and developmental psychology. They use their knowledge to help develop treatments for neurological illnesses or disorders, behavioral disorders, and cognitive therapies.

Most cognitive neuroscientists are specialized. As with neuroscience researchers, these specializations range from a specific area of the nervous system to various psychiatric or psychological disorders. For example, you might specialize in studying language development in developmentally-delayed children. By contrast, you might study the neuropsychological causes of depression.

Workers in this field come from a wide range of backgrounds. Some start in neuroscience. Others shift into neuroscience from psychology or psychiatry. Neurology, bioengineering, linguistics, and even computer science are all fields that produce cognitive neuroscientists.

Neuroscience Careers Can Be Quite Lucrative

As evidenced above, each of these jobs represents an opportunity to make a very good living. Some, like neurosurgery, are obviously more lucrative than others. However, regardless of which of these fields you choose to pursue, there is a chance of being well-compensated.

More importantly, working in neuroscience affords you the chance to have extremely high job satisfaction. You can go to work each day knowing that the tasks you complete could have a positive impact on someone’s life. While making the world a better place doesn’t pay your bills, those feelings of making contributions to society will certainly make your workday all the more satisfying.