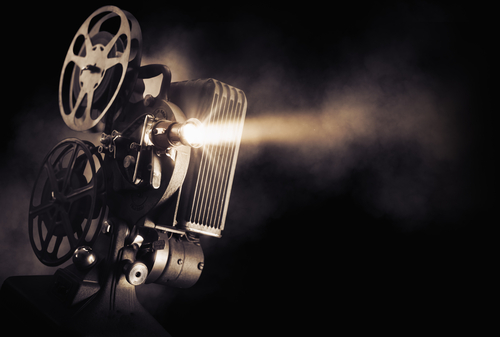 As author Sophie Hannah points out in her article for the Guardian, the nickname “grip-lit” may be new, but gripping psychological thrillers are not. Stories that pull readers into menacing, eerie worlds by focusing a spotlight on the unstable emotions of their characters have been delighting readers for decades. If you’re in the mood to join the fun, consider cracking the cover of one of these five great psychological thrillers.

Written by Daphne du Maurier, “Rebecca” has been captivating readers since its publication in 1938. This classic tale is delightfully gothic in nature. A young woman working as a companion is swept off her feet by a wealthy Englishman, but her marriage doesn’t lead to happily ever after. Instead, she finds herself tripping over the shimmering memory of her husband’s first wife, Rebecca, who drowned in a boating accident the previous year. With her confidence being steadily stripped away by Rebecca’s devoted servant, Mrs. Danvers, the new lady of the house struggles to understand the enigma that is Rebecca and sort out what her predecessor’s haunting memory means for her own life and marriage.

“The Silence of the Lambs” is a title that many people recognize. The 1988 book, which is actually a sequel to an earlier novel, is by Thomas Harris. It tells the story of an FBI trainee’s interactions with an imprisoned serial killer as she attempts to solicit information to stop another disturbing killer. Ripe with the unavoidable tension between those who relish evil and those who struggle to stop it, the book won a variety of literary awards and was made into an Academy Award-winning movie starring Jodie Fisher as Clarice Starling and Anthony Hopkins as the clever and cannibalistic Dr. Hannibal Lecter.

A bestselling novel by Gillian Flynn, “Gone Girl” hit the shelves in 2012. Delving into the psychology of a long-term relationship gone sour, the author mixes unreliable narration and unexpected plot twists to build the suspense and keep readers guessing. Nick and Amy have a rocky marriage; on their anniversary, she vanishes. Is the wife the victim of an angry, unloving husband? Has he fallen prey to the schemes of an unhappy, vindictive wife? Readers must decide what and who to believe as they make their way through this twisted tale of love and hate and life and death.

Psychological thrillers aren’t just for grownups; young adults enjoy them as well. In Lois Duncan’s 1973 YA novel “I Know What You Did Last Summer,” four teenagers make a secrecy pact after accidentally killing a young boy, but some secrets cannot be kept. Threatening notes and phone calls escalate into physical attacks as someone determined to make them pay for their crime targets the teens. How long can they remain silent when someone else knows their secret? Duncan challenges readers to sort friend from foe as the danger increases.

Bestselling author Harlan Coben got his start writing for adults, but he gave the young adult market a thrill with his 2012 book, “Shelter,” which explores the adventures of Mickey Bolitar, a high school student forced to live with his estranged uncle after his father dies and his mother goes to rehab. With a rapid-fire pace, tons of twists and turns, and a deliciously multi-layered plot, the novel is the first in a series.

The appeal of a good thriller is strong. In a 2015 survey conducted by The Harris Poll, 47 percent of Americans listed mysteries, thrillers and crime novels among the books that they had read in the last year. Fortunately for the readers who love them, new thrillers continually appear on bookseller’s shelves, offering a fresh chance to escape into the pages of their favorite genre.