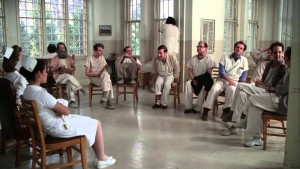 Psychologists and psychology majors have much to learn from motion pictures about this intriguing topic. Numerous films look at the outcomes associated with specific conditions and treatments. They also highlight the ability of people with psychiatric illnesses to achieve great success in some situations.

1. “Eternal Sunshine of the Spotless Mind”

Michel Gondry directed a 2004 film that focuses on a short-lived relationship and the desire to forget it. This award-winning motion picture stars Kate Winslet and Jim Carrey. It humorously examines the ethical concerns regarding a high-tech psychological treatment. After Clementine and Joel break up, an empathetic doctor performs an innovative procedure. He attempts to spare the former lovers from sadness by wiping the ill-fated romance from their minds. This screenplay idea came from an artist who asked a despondent friend if she would like to banish all memories of her last boyfriend. She found the concept rather appealing.

Psychologists often need to weigh the pros and cons of recommending prescription drugs. This cautionary film looks at the harm such medications can inflict, according to Psychology Today. It tells the story of Emily, a dejected woman with suicidal tendencies. She visits a doctor who diagnoses her with depression and prescribes a powerful new drug. Emily begins taking the antidepressant and seems to experience rapid improvement. It helps her laugh and smile more often. Her marriage becomes a much happier relationship as well. Sadly, the positive effects eventually wear off. Emily’s medication ends up causing far more harm than good.

This dramatic 2001 film stars Jennifer Connelly and Russell Crowe. It won multiple Academy Awards for accurately depicting a brilliant mathematician’s struggles with schizophrenia. “A Beautiful Mind” looks at the many symptoms of this illness and shows how professionals can successfully treat it. Viewers learn about John Forbes Nash, a man who earned the Nobel Prize by making important mathematical discoveries. At the same time, he had many paranoid and delusional beliefs. Nash frequently thought government agents were following him, and he imagined that newspapers contained secret codes. The motion picture reveals how medications and other treatments helped improve his mental state.

This classic 1975 film shows psychology students and professionals how mental institutions operated during the 1960s. Jack Nicholson plays a prison inmate named Randle McMurphy. Louise Fletcher, Christopher Lloyd and Danny De Vito also have significant roles. The story begins as jail officials transfer McMurphy to a psychiatric hospital as a result of his frequent misbehavior. He gets to know several patients, including a mute Native American and a sardonic sadist. McMurphy soon encourages them to rebel against the manipulative head nurse who constantly tries to control their actions.

Christopher Nolan directed this action-packed 2000 film about amnesia. It stars Stephen Tobolowsky, an actor who actually experienced this memory disorder in the past. “Memento” tells the story of a man who tries to solve a murder mystery but can’t remember what happened before the crime took place. Its director once commented that viewers cannot afford to miss any portion of this film or they won’t know what’s happening. This is true because it features an unusual non-linear script. The National Institute of Mental Health has highly praised “Memento” for its commendable realism.

Most of these movies help viewers understand what it’s like to suffer from various disorders. They also provide an in-depth look at common public perceptions of psychologists and people with serious mental health conditions. As they view these films, both professionals and students learn things that they won’t find in a reference book.