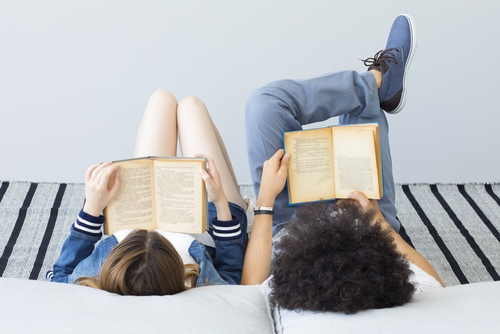 The best psychology novels are fictional accounts of events that will mess with your mind and leave you on the edge of your seat. Many of these novels received great reviews from both readers and professional reviewers, and some even became hit films. Whether you are a psychology student who wants to kick back and take a break from your studies, or you actually work in a psychology field, you’ll love some of these books.

One novel that will definitely leave you on the edge of your seat is Gone Girl. This hit book became a film that led to an Academy Award nomination for the main actress. Gone Girl tells the story of Nick, a man who becomes the prime suspect when his wife mysteriously goes missing. Though he initially seems a likable and normal character, you quickly learn that looks can be deceiving. Flynn does a good job of weaving together Nick’s story with the story of his wife.

The Portrait of a Lady by Henry James

Author Salley Vickers picked The Portrait of a Lady by Henry James as one of the top psychology books of all time because it delves into both the psychology of personality as well as social psychology. Originally published as a series of magazine excerpts in the 1880s, the story was so popular that James later compiled the stories and created a full book. It focuses on Isabel, a young woman who is unsure about her future. When she inherits a fortune, she discovers that people aren’t always what they seem as she travels through Europe and interacts with other wealthy people.

If you have an interest in how humans develop, learn and adapt, Room might be the best book for you. Room tells the story of a young boy and the life he lives inside a small room. He only uses language that he understands and describes things and moments in simple words because of his age. As the book unfolds, you learn that this room is actually a shed and that his father kidnapped his mother as a teenager and impregnated her. The book only gets better from there.

Go Ask Alice is one of the best psychology novels for those who want to work in addiction counseling. Though originally released as a true account of a young woman’s descent into addiction, it later came out that the editor created a fictionalized account of addiction. The unnamed girl in the book moves to a new town with her family and hopes to start over again but quickly falls in with the wrong crowd. She runs away from home, experiments with drugs and leads a crazy life up through the final page, which will leave you in shock.

The Girl on the Train by Paula Hawkins

While it takes a bit to get going, The Girl on the Train by Paula Hawkins is another great book that deals with addiction. Rachel is an alcoholic who keeps taking the same train to work every day and eventually makes up stories about the people she passes by. When she notices that one woman goes missing, she becomes entangled in her story and with the people who knew her. As the book progresses, you’ll wonder if Rachel suffers from a personality disorder and if she possibly had something to do with that disappearance.

Psychology fiction books can distract you and help you relax. These top five psychology novels are suitable for anyone with an interest in psychological topics like personality, learning or addiction.