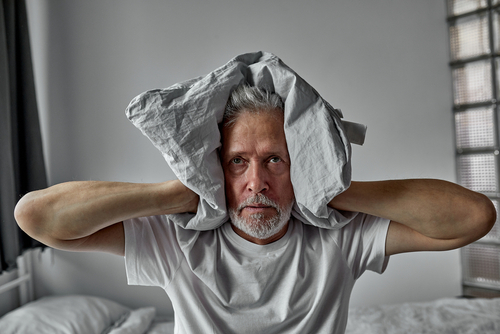 Statistically, one percent of the American population, or roughly 2.2 million individuals will develop schizoaffective disorders. That’s why it’s crucial that those interested in pursuing a career in the fields of psychology and psychiatric medicine familiarize themselves with the brain disorder. Other important individuals are those who may know or be related to an individual who shows the signs of the disorder, because early diagnosis can assist physicians in prescribing appropriate treatment that will have the greatest benefit. Below is a list of five facts about the disorder that will serve as a basis for further investigation.

While the disorder sometimes manifests in preteen children, that’s not common. Generally, schizophrenic symptoms begin to appear in the early 20s to 30s. The medical community defines schizophrenia as a severe and chronic mental disorder that impacts how a person behaves, feels, and thinks. It can impact all social relationships, but typically non-violent in its manifestation.

These are symptoms that do not eliminate existing behavioral modeling within an individual. They are additional to the basic personality, and include hallucinations, delusions, movement disorders such as agitated or uncontrolled muscle contractions, and dysfunctional or unusual thought patterns. It’s vital that those closest to individuals with a schizoaffective disorder realize that these hallucinations or altered thought patterns seem normal and quite real to the individual experiencing them.

When a physician notes a negative symptom of schizophrenic brain disorders, he or she is typically referencing a disruption or elimination of preexisting behavioral modeling. One of the most disturbing for loved ones is called a flat affect, in which an individual experiences reduced emotive indication in tone of voice or facial expressions. However, other features of dissociative behaviors are reduced speech, reduced enjoyment of usual pastimes or emotional connections, and a pronounced difficulty maintaining focus for the duration of an activity.

Because a schizophrenic disorder does involve an abnormal brain formation or other physical factor, it’s known as an organic disorder—which separates it from purely psychological disorders or dysfunctions. Some of the physical impacts of the disorder on the brain are an increased reduction in executive functionality—using information to make decisions—problems with working memory, and increasing difficulty maintaining focus. These can often intensify both the positive and negative symptoms, speeding the withdrawal from a shared reality into a private reality, damaging social relationships and professional dynamics, and compounding the impacts of hallucination or maladaptive thought processes.

Because scientists have yet to determine the precise cause of schizophrenia, their best approximations are our best resources to treat and understand the disorder. In some patients, a detected abnormality in the brain itself may be seen as the direct cause of symptom onset. However, geneticists have been able to determine that a suite of specific genes play a strong role in the disorder. Current research suggests that retroviruses may be partially responsible for turning one or more of these culprit genes “on” in infancy or at some later stage. But without further research and confirmation, it’s not yet possible to say which precise gene is responsible in each case.

Individuals with a schizoaffective disorder are not dangerous or contagious. They are parents, siblings, friends, and spouses. They can and often do fulfill valuable social roles in every field and industry, because medical science has developed cognitive and behavioral therapies to assist a regimen of antipsychotic pharmaceuticals. Every treatment plan is tailored to individual needs and the severity of the disorder’s manifestation. But strong community and emotionally supportive friends and family are a large part of helping these individuals to succeed.