What Types of Careers are in Comparative Psychology? 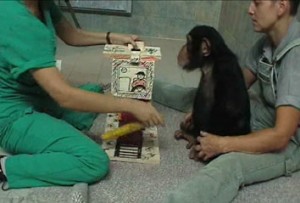 For an applied career in comparative psychology, individuals may consider becoming an animal behaviorist. This job involves determining the way animals behave and prompting positive behavioral changes through training. Animal behaviorists use their expertise in identifying the causes of behaviors to suggest changes that could improve the animal’s well-being. Most will specialize in working with certain species, such as dogs, horses, fish, birds, or felines. Becoming certified as an animal behaviorist will require at least a master’s degree related to animal behavior, psychology, or biology, according to the Animal Behavior Society.

Having a background in comparative psychology could also help obtain the science-oriented career of ethologist. From livestock to wildlife, ethologists are trained researchers who focus their studies on analyzing innate and instinctual animal behaviors in a natural habit. Ethologists usually work in the field to examine certain animal processes, such as aggression, mating, communication, and feeding. Many will use a comparative psychology approach to study how genetics caused certain behaviors to evolve too. A bachelor’s degree can unlock entry-level ethology jobs, but a M.S. or Ph.D. is required for advancement into independent fieldwork.

Those seeking a comparative psychology career in academia will be well-suited for becoming undergraduate or graduate professors. Psychology professors are responsible for carrying out instruction, mediating class discussions, grading assignments, drafting lesson plans, and overseeing students’ research. Post-secondary professors often can select to teach only courses within their chosen specialty area, including comparative psychology, according to the Bureau of Labor Statistics. It’s possible for professors to teach a full course load and conduct research studies in their downtime. Psychology professors are required to have a Ph.D. or Psy.D. with teaching practicum experience.