What Is Abnormal Psychology? 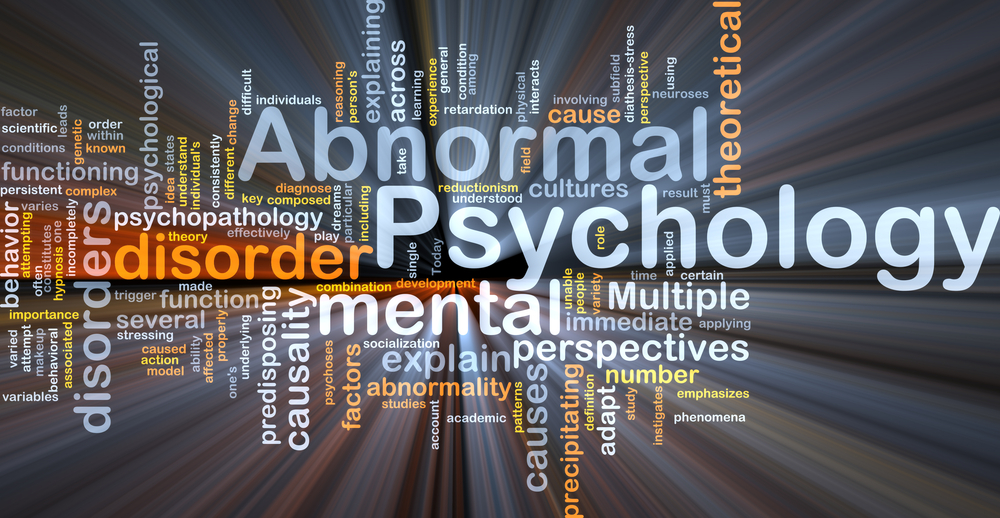 The study of behavior, generally known as psychology, began to take shape as a formal discipline in the 1870s. Because its scope is so broad, psychology is naturally given to subdivisions in order to make its study more organized.

Some professionals choose to examine behavior that exceeds the parameters of typical human functioning, social acceptance, or moral convention. These practitioners focus on what is popularly known as abnormal psychology, the subfield dedicated to learning about and treating disorders of the mind, mood, and behavior.

Abnormal psychology very broadly deals with psychopathology – thoughts, emotions, and behaviors that cause people clinically significant distress. This is an important point to make because abnormal psychology is most often conducted in a clinical or research setting. Therefore, “clinically significant” is a primary determining factor for describing a behavior as abnormal.

Another reason that abnormal psychology focuses on clinically significant distress is because the term “abnormal” is a bit confusing. What constitutes abnormality can change, after all. A prime example of this is the classification of homosexuality as a paraphilia in the original Diagnostic and Statistical Manual of Mental Disorders, or DSM. The DSM II classified homosexuality as a “sexual orientation disturbance.” In the DSM III, it was classified as “ego-dystonic homosexuality.” When the DSM-III-R was released, homosexuality was no longer listed as a mental disorder.

This example illustrates that the criteria for abnormality can change. The simple passage of time, changes in social structures, popular opinion, and more detailed research can help us better understand and define what does and does not constitute “abnormal.”

To try to make sense of the vast diversity of mental illnesses, abnormal psychologists rely on classification systems like the DSM. Likewise, the DSM is used to help diagnose and treat mental disorders. Though the DSM system isn’t perfect, it has proved to be highly valuable in helping psychologists identify different mental illnesses and develop methods for providing their clients with care.

The newest version of the DSM – the DSM 5 – outlines four broad criteria for determining abnormality. They are:

We’ve touched on a couple of these already – if a behavior is rare, it can be considered abnormal. Likewise, if a behavior goes against what is broadly accepted in society (e.g., cannibalism), it is often viewed as abnormal.

Additionally, behaviors that are maladaptive, or those that diminish your ability to adjust to new or changing circumstances, can be considered abnormal. For example, if you are overcome with fear and anxiety when you meet a new person, you can be described as exhibiting maladaptive behaviors.

The personal distress component refers to thoughts, emotions, or behaviors that cause people to have reduced functioning. For example, a rare form of obsessive-compulsive disorder manifests itself as obsessive thoughts about accidentally running someone over with a car. Naturally, these thoughts can lead to compulsive behaviors, like constantly pulling over to make sure you haven’t run someone over. This, in turn, can make normal driving activities virtually impossible and can severely impact daily functioning.

These are but a few examples of what abnormal psychology entails. Let’s look a little deeper at other aspects of this field.

Methods of Research in Abnormal Psychology 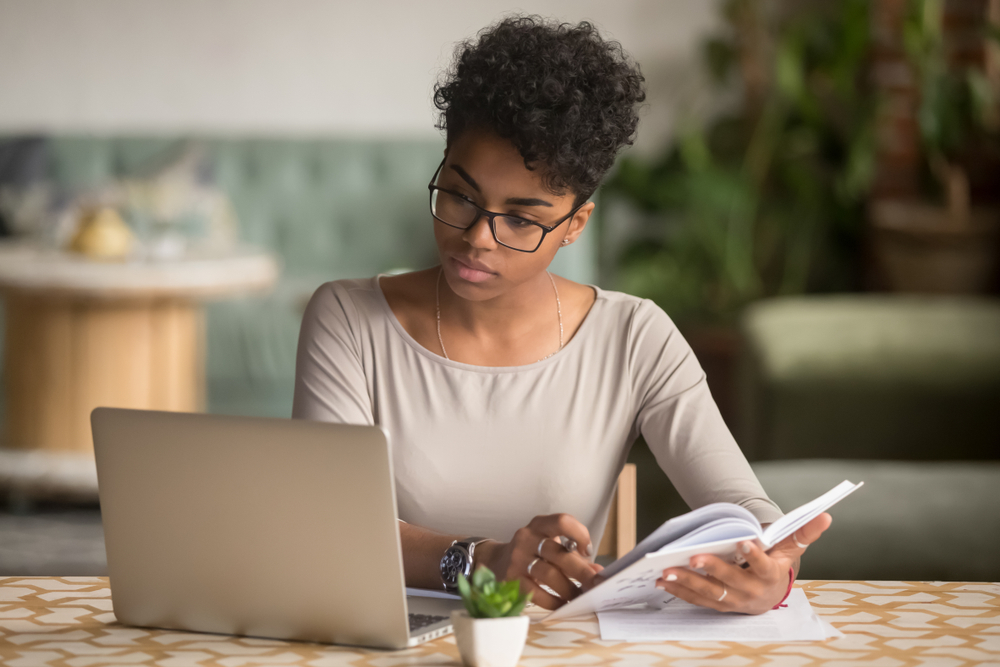 Investigations of abnormal psychology can be done from several different angles. Many, for example, are concerned with psychopathology. Much like medical pathologists, these psychologists seek to identify the causes, development, and symptoms of abnormal behaviors like the mental illnesses described in the DSM-5.

In other instances, researchers might conduct experimental testing to gain insights into a particular behavior. For example, if a researcher is interested if there’s a genetic link in the development of ADHD, they might devise an experiment in which they look at pairs of identical twins, fraternal twins, and traditional sibling pairs to compare the incidence of ADHD between those groups. If identical twin pairs more frequently both have ADHD than fraternal twins or traditional siblings, there might in fact be a genetic link.

Of course, research on these topics have already been done, so these examples are just being used for illustrative purposes. The point is that when mental health experts can discover the origins and growth of a particular disorder, they are better positioned to treat those who suffer from it. The treatment that might be developed as a result of these kinds of studies may involve medication, behavioral modification, therapy or a combination of the three. 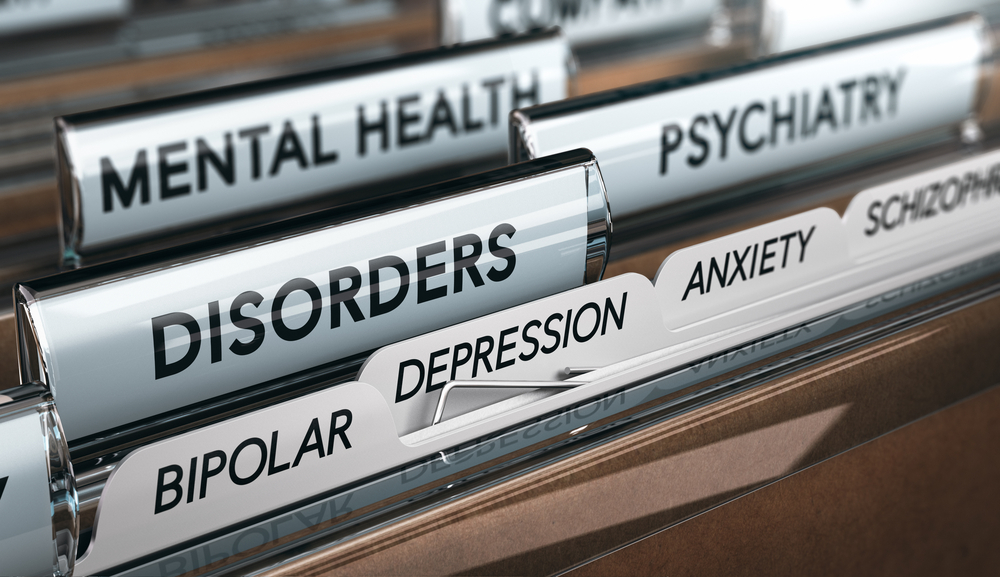 Because there are so many different types of behaviors that might be considered abnormal, and so many diagnosable mental illnesses, it helps if we classify them into categories to keep them organized.

The DSM-5 outlines 22 individual sets of diagnostic criteria for identifying and diagnosing mental disorders. Some of these categories are for little-known and very rare conditions, like paraphilic disorders, medication-induced movement disorders, and gender dysphoria.

Others, though, organize much more common types of mental disorders, like schizophrenia, mood disorders, and obsessive-compulsive disorder. Let’s review each of these types of abnormal behavior.

Schizophrenia Spectrum and Other Psychotic Disorders

Practitioners in abnormal psychology work with clients with an array of psychotic dysfunctions that range in severity from minor to major.

People with a schizophrenia spectrum or other psychotic disorder do not have an attachment to reality. Rational thought and appropriate emotional responses are also challenges for many people with this disorder. As the disorder progresses, people are subject to hallucinations, delusions, severe stress in social situations, and emotional numbness, to name a few symptoms.

With such clients, psychologists—in tandem with psychiatrists—will often adopt treatments that include medication, support groups, and psychotherapy to assist the client in living optimally while managing this incurable disease.

But, like autism, schizophrenic disorders occur on a spectrum. In fact, the DSM-5 outlines a number of other types of disorders on the spectrum, which include:

The last type, catatonia, can itself manifest in various forms:

Again, some of these disorders will be familiar and others will not. Depression, for example, is a common and well-known mood disorder, as is bipolar disorder. Other mood disorders include:

Other depressive disorders include premenstrual dysphoric disorder, depression related to medical illness, and depression induced by substance use or medication.

Other bipolar disorders include:

It’s important to note that to be diagnosed with any of these conditions, certain criteria must be met for the symptomology and the length of time the symptoms have persisted. So, while it is very common to experience periods of depression over the course of one’s life, it doesn’t necessarily mean that you have dysthymia.

Ongoing manifestations, however, can seriously impede a person’s quality of life. Depression, for instance, produces chronic feelings of sadness and indifference that affect the ability to accomplish daily tasks. It can also lead to physical breakdown or even suicide.

Psychologists work with depressed clients by evaluating the degree to which they suffer; engaging them in therapeutic discussion to give context and understanding of their feelings; and arranging for medication if the depression can be lessened by chemical means.

Obsessive-Compulsive and Related Disorders, Feeding and Eating Disorders, and Substance-Related and Addictive Disorders

Certain psychological problems are known by their outward manifestations. These include eating disorders, obsessive-compulsive disorders (OCD), and substance addictions, all of which are classified separately in the DSM-V.

Obsessive-compulsive disorders can manifest in a variety of ways. Some people with OCD engage in repeated hand-washing, some compulsively check to make sure the stove is off or the door is locked, and some pull out their own hair (trichotillomania).

Again, washing one’s hands frequently is not necessarily a sign that one has OCD. Instead, the compulsions must be accompanied by obsessive thoughts. It’s the repetitive and all-consuming nature of the activity that evidences pathology.

Psychologists can help evaluate the intensity of OCD by interviewing the client. They can also prescribe lifestyle modifications and ongoing psychotherapy to help manage the condition.

Other well-known obsessive-compulsive and related disorders include:

Another category under the umbrella of obsessive-compulsive and related disorders are the feeding and eating disorders. This group of disorders includes:

Of these, anorexia and bulimia are certainly the most well-known. The former involves severe restriction of caloric intake out of the intense fear of gaining weight. The latter is characterized by binge eating followed by a purge of those calories through self-induced vomiting or by misusing laxatives, diuretics, enemas, or other methods of purging calories from the body.

Another common type of abnormal behavior that is well known because of their behavioral manifestations are substance abuse disorders. The DSM-5 identifies a host of disorders in this category, including:

These disorders, along with gambling disorder, are self-explanatory, at least in terms of the behavior that is associated with the disorder.

This category also includes substance use and substance-induced disorders, which aren’t immediately as recognized as those listed above.

Substance use disorder occurs when a person is addicted to a substance and continues to use the substance, even in the face of dire consequences to health, relationships, and daily functioning. Substance-induced disorders, on the other hand, manifest as intoxication and withdrawal of a substance or as a substance or medication-induced mental disorder, like depression, anxiety, mania, or psychosis. In both cases, substance use and substance-induced disorders can lead to severe problems that derail a person’s ability to function normally.

If it isn’t already apparent, the field of abnormal psychology is incredibly broad. Consider this – our list of common abnormal behaviors doesn’t even include anxiety disorders, personality disorders, or neurodevelopmental disorders, all of which are commonly known amongst the general public.

But, this just speaks to the all-encompassing nature of this field of psychology. Though we have learned much about abnormal behaviors and mental illnesses since psychology’s founding, there is still much left to learn and still a lot of work left to do to remove stigmas that surround mental illness.

If studying these types of conditions appeals to you, then a career in abnormal psychology might be a good fit. Many psychologists in this field specialize in research on a particular disorder, and spend their entire careers trying to develop a better understanding of a single condition. As a psychologist studying abnormal behaviors, your research and insights may well prove to be the tipping point for finding a new treatment for a mental disorder that leads to bettering the lives of thousands of people. In that regard, abnormal psychology isn’t just a means of researching and classifying behaviors – it’s also hope for better mental health.