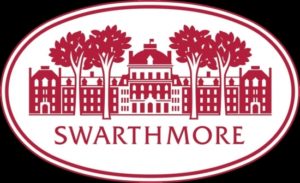 Swarthmore College appears in our ranking of the 50 Great Small Colleges for a Bachelor’s in Psychology.

Swarthmore College offers a psychology major for undergrads and several related degree programs. Psychology majors look at autism and related conditions, how the brain processes language, memory and conflict resolution among other topics. This program asks students to take Introduction to Psychology and Early Social Cognition, which is a seminar design for first-year students. They need to take these courses before signing up for others, including Cognitive Psychology, Cognitive Neuroscience, Psychology of Language and Research Design and Analysis. Swarthmore also offers internships and clinical fieldwork for students and allows them to do research projects for credit.

The psychology program is also available with an honors track for students who meet academic requirements. All majors can do work at one of the college’s labs such as the KidLab that looks at how young children learn. The number of labs and the studies that each one does will change every year. During the summer months, students can get stipends of $4,800 that cover the cost of the research projects that they do on and away from the campus. Psychology majors can also apply for the Solomon Asch Award or the Hans Wallach Fellowship to pay some of their costs.

A similar program is the college’s cognitive science major, which looks at the human brain, including how trauma affects it and the connection between the body and brain. Majors can take courses such as Syntax, Neurobiology, Phonetics and Phonology, Discrete Mathematics, Philosophy of Mind and Cognitive Psychology. Many of the classes in this program include science and math prerequisites that students need to take first. Those who take at least six credits can minor in cognitive science too, which is an option for psychology majors.

In the Swarthmore gender and sexuality studies program, students look at how psychology and other social sciences related to this subject. Black Women in the Civil Rights Movement, Gender, Sexuality and the Body in Islam and Feminist Film and Media Studies are some of the courses available for majors. The college also offers a sociology and anthropology combined degree program that includes research opportunities for students in the summer. Some of the classes in this major include Foundations: Culture, Power and Meaning, and Foundations: Self, Culture and Society. Students must do an advanced research paper in their sophomore years and a thesis in their senior years.

Swarthmore College is a private college in Swarthmore, Pennsylvania with a liberal arts curriculum. Established in 1864, it was founded by the Hicksite Yearly Meetings group and some of its members. The name of both the city and the college comes from a meeting house used by the Quakers in England. It was one of the first colleges established by the Society of Friends and one of the oldest ones still around, though it no longer has an affiliation with that religious organization. While Wall Street Journal ranks Swarthmore as the 28th best college in America, U.S. News and World Report ranked it the 25th best college in the country. Both U.S. News and World Report and Washington Monthly rank the college among the 15 best liberal arts colleges in the country too. The college has an acceptance rate of less than 11 percent, which makes it a highly selective school.

College students who need financial aid can use the Free Application for Federal Student Aid (FAFSA) because Swarthmore has regional accreditation. It comes from the Middle States Commission on Higher Education (MSCHE), which only awards accreditation to schools after a detailed review of its policies and other factors. Students can also use this accreditation when they want to transfer credits to the college. The college’s Bachelor of Science in Engineering program also has accreditation from the Accreditation Board for Engineering and Technology (ABET).

Some of the criteria that Swarthmore looks for in prospective students include being a good problem solver, having a willingness to contribute to the campus and a strong understanding of liberal arts topics. The admissions committee looks at all the information that students submit and makes a final decision within a few weeks. Swarthmore accepts the QuestBridge Application and also allows students to apply with the Coalition Application or Common Application. They must write a short essay of no more than 250 words on the application too. The QuestBridge Application has a different essay requirement that asks students why Swarthmore appeals to them. There is a $60 fee due when the student submits either application unless they qualify for and receive a fee waiver. Other requirements needed when the student applies include:

The college allows students to submit their official standardized test scores or self-report their scores on the application. They also have the option of providing a mid-year report from a teacher if their school does not offer traditional mid-year reports.

Swarthmore College charges a full-time tuition rate of $54,256 per year, which allows students to take classes in both the fall and spring semesters. Those who take classes in the summer pay a different rate. Undergrads pay an average of $8,252 each year for a dorm room and an extra $7,836 for a meal plan. The college also charges a student activities fee of $400, which brings the total cost of attendance up to $70,744 every year.

Students have until the end of July to pay their costs for the first semester and the beginning of January to pay for the second semester. If they qualify for financial aid, they do not need to pay by one of these deadlines. Students who do not receive financial aid and don’t pay by the due date will pay an additional 1.5 percent interest on their balances until they pay them off. Payment plans are also available for students who do or do not qualify for financial aid. The financial aid that goes to students who major in psychology or a related subject at Swarthmore College can get scholarships, loans, and grants and qualify for one of the jobs available from the federal work-study program.