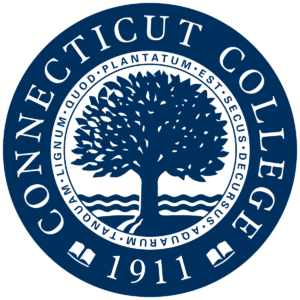 At Connecticut College, students can choose between two undergraduate programs and a graduate plan of study in psychology. Psychology majors at the undergrad level can enroll in the Connections program, which allows them to take courses from other disciplines and learn how those subjects relate to psychology. The psychology major features three required courses such as Introduction to Psychology and two courses from fields that include experimental, social and clinical psychology. They can take Psychology of Sleep, Drugs and Behavior, Psychology of Women, Couples and Family Therapy and other courses.

An undergraduate major is also available in behavioral neuroscience. It includes both internships and service-learning. Students can also join special societies that offer opportunities outside of their classes. This major looks at the brain and how it develops over time as well as how the experiences can affect the brain. It features required courses such as Accelerated Cell Biology, Organic Chemistry, Introduction to Psychology and Research Methods in Psychology. Majors can also take other courses, including Psychology of Stress, Molecular Cell Development, Medical Anthropology, and Behavioral Medicine.

The college’s Master of Arts in Psychology program includes four tracks or specializations: behavioral neuroscience, behavioral medicine, social psychology, and clinical psychology. Majors must take courses from their specializations as well as required classes. They can do a thesis in the final year of the program to show their research and writing experience. The college also allows students to study abroad while in the graduate program. Students who did not major in a behavioral sciences field as an undergrad may need to take some of the college’s prerequisites to ensure that they can handle the advanced courses they will take later.

Connecticut College is a private college also known as Conn and Conn College. Established in 1911, it was a direct response to Wesleyan University in Middletown, Connecticut. When the university decided to admit only men, Elizabeth C. Wright and other former students of Wesleyan came together to open a new college. Known as the Connecticut College for Women, it became popular among females in Connecticut and later to women in other states. New London originally endowed the college, which led to its founders building the campus in that city. The trustees of the college later purchased the estate of a former dairy farmer to help the campus grow. More than 50 years after the college opened, it began admitting men.

As a highly selective private college, Conn accepts fewer than 40 percent of the applications that it receives each year and often accepts even fewer students. There are more than 30 departments on the college’s campus that oversee degree programs. The college’s psychology program ranks as one of its 10 most popular programs and has for more than a decade. Conn College ranks as the 128th and 103rd best college in the United States, according to Forbes and Wall Street Journal. U.S. News and World Report ranks it as the 46th best liberal arts college. It appears at number 35 on the Washington Monthly list of the nation’s top liberal arts colleges too.

Conn and all the programs that the college offers have full accreditation from the New England Association of Schools and Colleges (NEASC). This is a form of institutional or regional accreditation that comes from the NEASC Commission on Institutions of Higher Learning (CIHL). Both undergrads and graduate students who need financial aid have the chance to get help through the Free Application for Federal Student Aid (FAFSA). They may receive institutional and government aid. NEASC accreditation also allows students to transfer credits to Conn when they attended another school in the past.

At Conn College, students have the option of scheduling an interview with an admissions counselor before they apply. The counselor can use that interview to talk about the student’s goals and discuss how the college can help them. Counselors can also recommend students based on those interviews. The college accepts around 500 incoming freshmen each year but receives more than 5,000 applications. It asks that students write detailed essays that they include with their applications. Other requirements include two letters of recommendation and a school report with a transcript, counselor letter of recommendation and mid-year report. Undergrads must use the Common Application. They can apply by the early decision deadline of November 15 or the final deadline of January first.

Graduate students also have the option of interviewing with an admissions counselor. This allows them to go over the specializations in the psychology program and get help deciding which one is right for them. Instead of using the Common Application, they will use the Conn College application. They need to fill out each section and write a personal statement to show their reasons for picking the psychology program and the college. The college also asks for an official transcript. Students may need to attend a second interview session later.

With tuition and fees, Conn College undergrads pay $72,590 every year. They also pay $1,000 for their textbooks and $14,590 on average each year for room and board. The average cost for graduate students is $13,950 each year. Students of all ages and types can qualify for financial aid. To get institutional and government aid, they must file the FAFSA before they start classes and make sure that they use the college’s numeric code. The college also offers a payment plan that divides the total cost of attendance into equal payments that students make every month.

Students who demonstrate need on the FAFSA may qualify for grants and scholarships too. Some funds are only available for students who are Native American. Most of the college’s scholarships are renewable but only for four years or eight semesters. The college offers scholarships for transfer students too. Through federal work-study, 75 percent of the money that students make in their jobs each year will come from the federal government. The college has a similar program that offers jobs on-campus for students also. Students can use any of the top loan programs and take out private loans too. Those programs cover most of the cost of attendance at Connecticut College for psychology and counseling students.