10 Things to Know About the Psychology of Cults

Both terrifying and utterly fascinating, cults have a tendency to capture the attention of just about everyone. Cults, are deeply personal, secretive, and isolated communities that can be found all across the world and involve people from many different backgrounds – both the cult leaders and the followers. While members of a cult do not have to have a specific religion, their ideals do seem to make them into their own religious community.

With the concept of cults being undeniably engrossing…questions abound: Where do these people come from? What are they really doing inside those secluded compounds? How does an individual become a cult leader? Most interesting, perhaps, are the psychological components of cult life, questions such as: Who in the world would fall for that? In an effort to answer these questions and more, we’ve listed 10 things to know about the psychology of cults.

Cults are attractive because they promote an illusion of comfort. 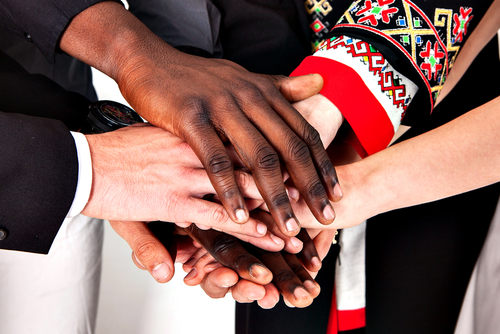 Humans desire comfort, and in a fearful and uncertain world many turn to cults because they tend to promote exactly that. Jon-Patrik Pedersen, a psychologist at CalTech, has pointed out that cult leaders often make promises that are totally unattainable, but also offered by no other group in society. Such things might include financial security, total health, constant peace of mind, and eternal life — the things every human desires at the deepest level. 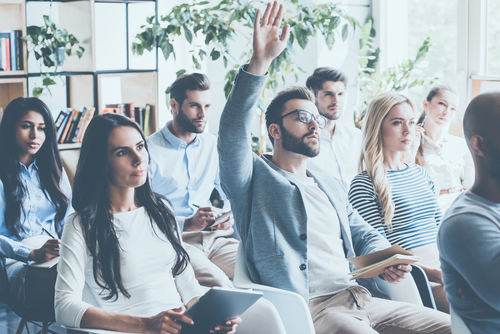 Today’s world is a tough one, with more abstract issues than there are issues that are black and white. As Dr. Adrian Furnham describes in Psychology Today, humans crave clarity. Many people join cults because they believe they’re being offered solid, absolute answers for questions such as good vs. evil, religion, the meaning of life, politics, etc. Many cult leaders promote messages that are simple and seem to make sense, the exact opposite of what we’re often provided with in typical, everyday life. New members are often found when individuals crave these answers and then are promised a simple life by someone who seems to have it all figured out.

Those with low self-esteem are more likely to be persuaded by a cult environment. 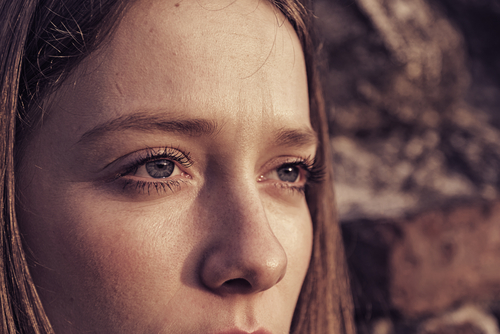 People are often surprised to learn that those who join cults are, for the most part, average people. Many victims of cults are your neighbor, your friend from the gym, your family member. They come from all backgrounds, all zip codes, and all tax brackets. But research done in the past two decades has found an interesting pattern: many people successfully recruited by cults are said to have low self-esteem. Cults generally do not look to recruit those with certain handicaps or clinical depression. However, people with low self-esteem are easier to break down, then build back up in an effort to teach them that the cult is the supportive environment they’re looking for. Those that lack confidence and self esteem are far more likely to fall for a pyramid scheme that promises a better life or to jump into a religious community or religious group without much thought. They are more vulnerable and desperate for these life promises. 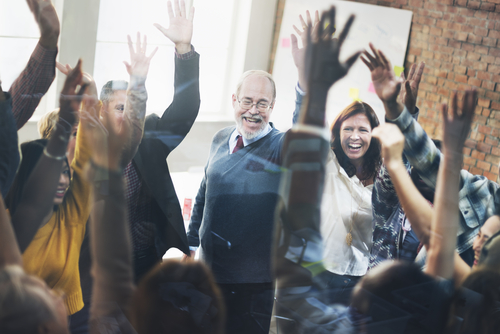 Once people have been recruited by a cult, they are often “love bombed.” This odd phrase is commonly used to describe the ways in which someone with low self-esteem is consistently flattered, complimented, and seduced in order to train their brain to associate the cult with love and acceptance. When someone feels unworthy of love, they are the first to fall for the false affirmations associated with love bombing. Unfortunately, cults often reach intense, unhealthy, and inappropriate levels of closeness and “love” when they are preying on the weak. This often leads to sexual abuse, arranged plural marriage, child abuse, sex trafficking, harboring black mail, and more.

Women are more likely than men to join a cult. 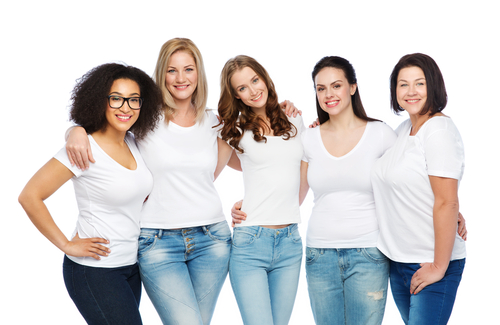 According to various research, women make up a whopping 70% of cult members around the globe. Psychologists have different ideas about why more women than men join cults. Dr. David Bromley of Virginia Commonwealth University points out that women simply attend more social gatherings, either religious or otherwise. This makes women statistically more likely to join groups that will ultimately victimize them. Others suggest it has to do with the fact that women have been oppressed for much of human history. Therefore they’re more comfortable being under an authority figure. Still others write this off as total crock. Emma Cline, the author of the bestselling cult-themed novel The Girls theorizes that young women are often taught to seek the attention of men and to wait for “rescue.” Joining a cult, says Cline, is a way for many young women to feel as if they are “seizing their destiny.” It may also be more likely for a woman to join a cult when she is greeted by other women who are a part of the group. Women tend to feel safe around other women.

Many cult members have rejected religion. 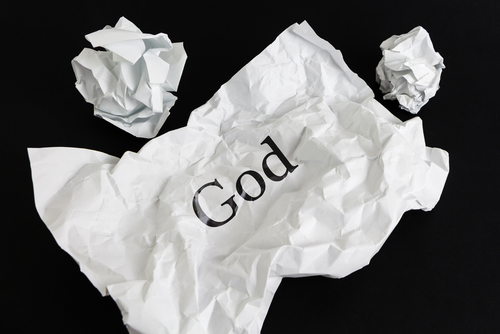 Dr. Stanley H. Cath, a psychoanalyst and psychology professor at Tufts University, has treated more than 60 former cult members over the course of his career. From this unique firsthand experience, Cath has noticed an interesting trend: many people who join cults have experienced mainstream religions at some point in their lives, and rejected it. Perhaps this is surprising, considering many cults tend to be religious — or at least claim to be. But Dr. Cath asserts that this trend is a sign of something deeper. Many of those who join cults are intelligent young people from sheltered environments. Growing up in such an environment, says Dr. Cath, often means that “many have a history of failing to achieve intimacy, of blaming others for their failures, and of constantly striving for perfectionistic goals.” These characteristics make them prime targets for cult recruitment. When a cult is offering a unique religious movement that feels safe but also a way to find their inner worth, they are likely to believe every word they are being told.

Cults maintain their power by promoting an “us vs. them” mentality. 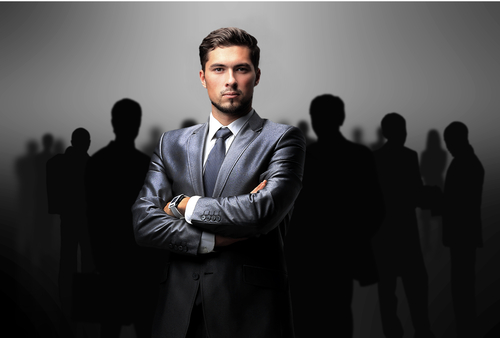 Cults prove powerful because they are able to successfully isolate members from their former, non-cult lives. One of the ways cult leaders achieve this is to convince their followers that they are superior to those not in the cult. This “us vs. them” mentality ultimately leads to cult members isolating themselves socially from friends and family. They replace those relationships with new ones inside the cult. 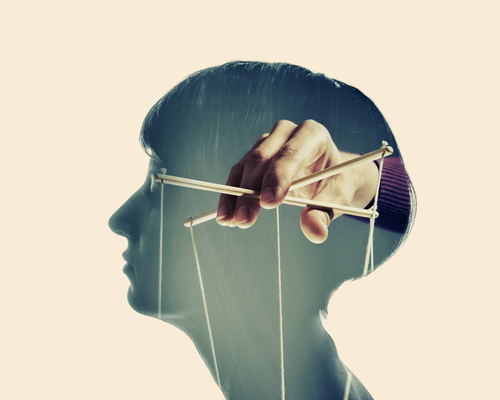 Cult leaders convince their victims to separate themselves from society, give up personal possessions and sometimes huge sums of money. They convince people buy into whatever they are promoting. To do all this a cult leader must be a master at mind control. Ways in which leaders gain control over cult members vary, but some popular methods include:

Public Humiliation: New cult members may be “love bombed” shortly after their arrival, but once they are established members, cult leaders often maintain emotional control through various exercises meant to publicly humiliate a member. One such method involves someone sitting in a chair surrounded by other members, at which time they are required to admit their recent failures, base thoughts, shortcomings, etc.

Self Incrimination: A favorite tactic of the infamous cult leader Jim Jones, self incrimination requires cult members to provide their leader with written statements detailing their individual fears and mistakes. The cult leader can then use these statements to shame individual members publicly.

Brainwashing:: Cult leaders are known to repeat various lies and distortions until members find it difficult to distinguish between reality and cult life.

Paranoia: To maintain a false sense of comfort, cults often rely on paranoia tactics. Cult leaders convince their victims that a group, their families, and/or the government is out to get them, but that the cult can provide safety. Once a cult member comes to the conclusion that their families and country cannot keep them safe, they begin to worship and put all of their faith in their cult leader. Jim Jones was especially skilled at this mind-control trick. He would encourage members to spy on each other, and consistently spoke through loudspeakers at all hours of the day so that cult members would hear his voice whether awake or asleep.

Cult members often have no idea they’re in a cult. 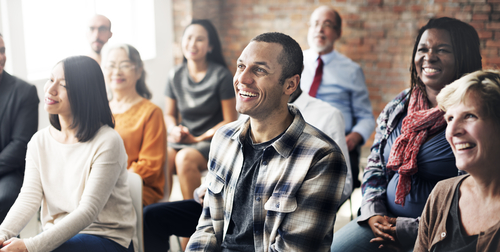 Although it can be obvious to those around them, people in cults often don’t realize what they have become a part of. Psychologist Dr. Margaret Thaler Singer spent most of her career studying the psychology of cults and brainwashing. She found that most people enter a cult willingly, without realizing the power it is bound to have over them. Singer theorizes that this is partly because some people are more willing to see the perceived benefits than they are the potential dangers. She also mentions that many people assume cults are only religious, though in truth, cults can also be political groups, lifestyle groups, or business groups.

Cult life can have a dangerous and lasting effect. 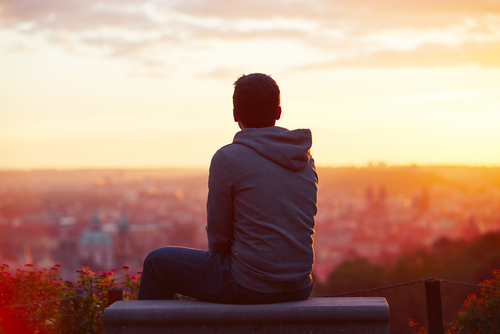 Cult victims often spend years overcoming the emotional damage incurred during their time spent in a cult. Psychologists who treat former cult members routinely describe the long-term effects being in a cult environment can have on the human body. Dr. John G. Clark, Jr., is a Harvard psychiatry professor and the co-founder of a non-profit group which treats former members and their families. He specifically mentions that the “symptoms of temporal lobe epilepsy are similar to those seen or reported as resulted from cult conversions: increased irritability, loss of libido or altered sexual interest, ritualism, compulsive attention to detail, mystical states, humorlessness and sobriety, heightened paranoia.”

While there are varying degrees of intensity when it comes to cults, they are emotionally damaging no matter what. Being brainwashed and controlled for a prolonged period would emotionally damage any person, regardless of if they are now a former member. However, the length at which some cults go when they have true power of humans is very concerning. Many people who have been brainwashed into living the life of a cult have experienced terrible things, especially those that were children and had no other choice because their family lived there. Some examples may include: