Experts in medicine and science have marveled for decades over the ways in which children develop as well as the best route for healthy development. This fascinating area of study continues to yield many questions:

Of course, this is just a sampling of what researchers wonder about when they consider the processes of child development. But because there are so many factors that influence the development of a child and so many questions about what influences child development, many different theories about this subject have been postulated over the years. Genetic and environmental factors can encourage healthy development as well as cause developmental delays. There has been a great deal of research done by national institutes that can help us understand child development and the factor’s that contribute to this during a child’s life.

However, some theories of child development are more widely known, accepted, and used to describe how children learn and grow than others. Five of these theories are explored in detail below.

Erik Erikson was an important figure in the fields of psychoanalytic and psychological development. He was also famously known for coining the popular phrase “identity crisis”. His work on child development has been studied and considered since 1959.

Key to the outcomes of the child stages as well as those afterward are the principles of social interaction and experience.

Each of these stages correspond with a different period of human development. For example, Trust vs. Mistrust coincides with infancy, a period in which babies learn who and what to trust and who and what not to trust. Erikson believed that babies who receive good care during this stage will learn to trust others and that this trust would carry over into future relationships, allowing for healthy child development.

But, babies whose needs are not met by their caregivers may have feelings of mistrust and suspicion in future relationships.

By contrast, the eighth stage of Erikson’s psychosocial theory of development, Integrity vs. Despair, coincides with the final years of the lifespan. Unlike in the first stage in which humans learn to trust or not trust others, this stage is marked by reflection on what we accomplished over the course of our lives. If we can look back with pride on living a good and decent life, we will develop feelings of integrity. However, if a retrospective of our accomplishments garners regret, we might live out the rest of our days feeling unfulfilling, bitter, and in despair.

Erikson’s theory was an important turning point in our understanding of human development. Some theories posited that adulthood and late adulthood are relatively meaningless from a development standpoint, at least when compared to all that changes during infancy, childhood, and early adulthood.

But Erikson was adamant that developmental milestones occur across the lifespan. His theory is reflective of that and is accepted as a more realistic view of human development, emotional growth, and social change. 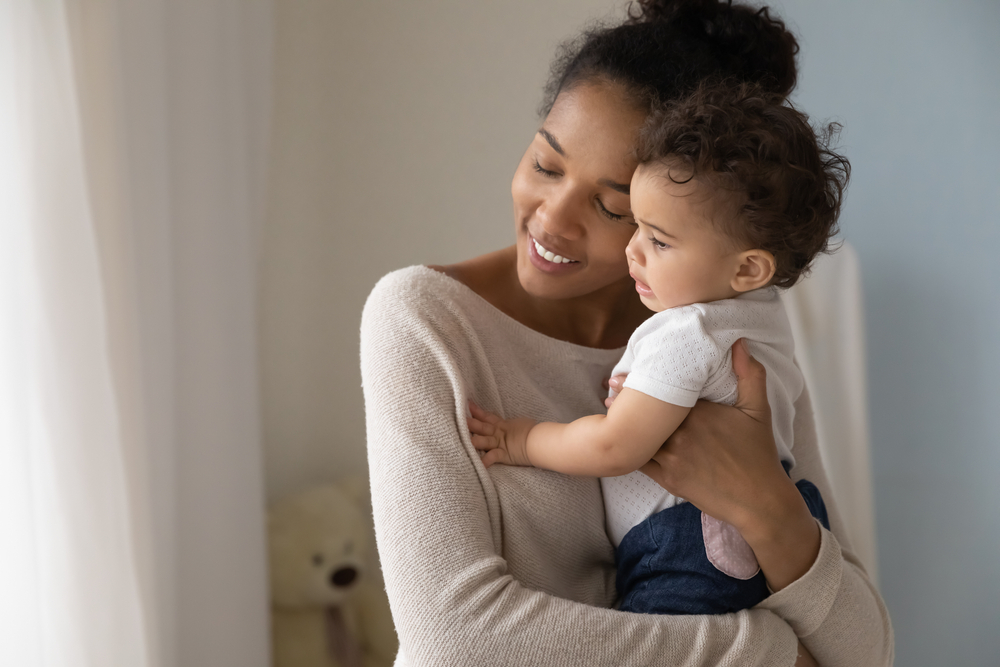 John Bowlby was another groundbreaking psychologist and theorist in matters of development. He also crafted one of the earliest known child development theories which still sees prominent use and citation today.

In Bowlby’s Attachment Theory, he asserted that much of child development is based on the innate need of children to form attachments. These attachments may involve any number of people, places, or things and ultimately have a substantial effect on the developmental patterns a person experiences throughout their life.

Bowlby was a psychoanalyst like Freud, and as such, he placed a lot of importance on early childhood and how experiences during that period of life could determine whether or not a child would grow up to have significant mental health problems.

Bowlby believed that children that do not form attachments during the critical period or sensitive period are likely to not form strong attachments at all. What’s more, he posited that infants who experience consistent interruptions in their attachment experiences with their primary caregivers will potentially have significant emotional, social, and cognitive deficits as adults.

In other words, this theory suggests that infants form a working model of understanding themselves, other people, and the world in general based on the relationship they have with their caregiver, be that their mother, father, or someone else. His groundbreaking work on child development seems to be more popular than ever. 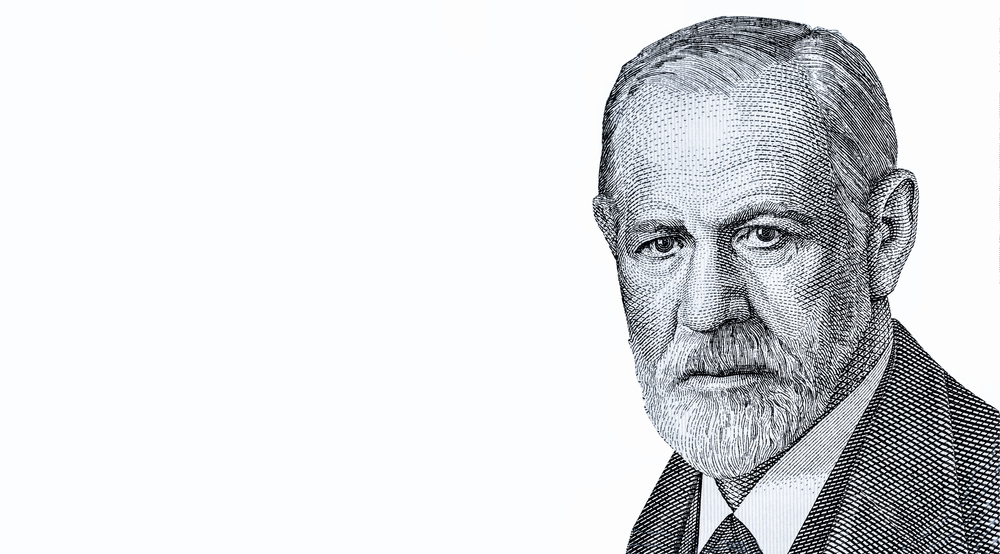 According to Encyclopedia Britannica, Sigmund Freud “may justly be called the most influential intellectual legislator of his age.” While creating the modern field of psychoanalysis, Freud also went on to make many other significant contributions to the sciences including the assertion of his Psychosexual Developmental Theory which tackles the stages of child development.

Like Erikson’s theory described earlier, Freud’s stages correspond with specific developmental stages in the lifespan. For example, the oral stage corresponds with infancy (birth to one year of age) and is identified by the child’s oral-fixated behaviors. Babies explore the world with their mouths, including breast or bottle feeding.

According to Freud, these stages of a child’s development are centered around sexual development. So, babies in the oral stage gain a lot of satisfaction from putting items in their mouths – their fingers, toys, and the like. That’s because he believed that the libido at this stage is centered in the mouth.

Where personality development comes in is when people get stuck in a stage. So, people with an oral fixation in adulthood gain satisfaction from oral stimulation through any number of activities. They might be chronic smokers, suck their thumbs, or bite their fingernails. These behaviors often manifest when the person is under stress.

If it isn’t obvious, the focus of the libido moves around according to the stage of development. It moves from the mouth to the anus, then to the phallic stage when children begin to explore their autoerotic desires. This is followed by a latency period in which there is little motivation to engage in sexual thoughts or activities. Freud’s theory concludes with the genital stage, which he believed occurs from puberty through adulthood during which people explore sexual activities with others.

Another layer to Freud’s theory is the development of the id, ego, and superego. Freud believed that the id was instinctual and primitive. It is something we are born with and the mechanism that controls our sexual drives. The id is often unrealistic and impulsive.

The ego develops during the first few years of life and represents reality. For this reason, the id and ego are often at odds – the id wants what it wants and it wants it now, regardless of how realistic or unrealistic it might be. The ego, then, is the go-between that balances the id’s impulses and the demands of the real world. Freud believed that the ego was responsible for decision-making and reason.

The superego develops during the phallic stage and is the source of morality. Our morals, according to Freud, are learned from our parents or other caregivers. Since the superego is meant to control the id and ego, it helps tamp down the id’s desires while also helping the ego recognize morals-based goals rather than constantly striving for perfection.

Likewise, the superego can be thought of as our conscience. It’s what makes us feel guilty when we do something wrong and what rewards us with feelings of pride or joy when we do something right. Freud’s work and theories around a child’s development are respected and studied across the world.

Related Resource: 10 Things to Know About the Psychology of School for Children 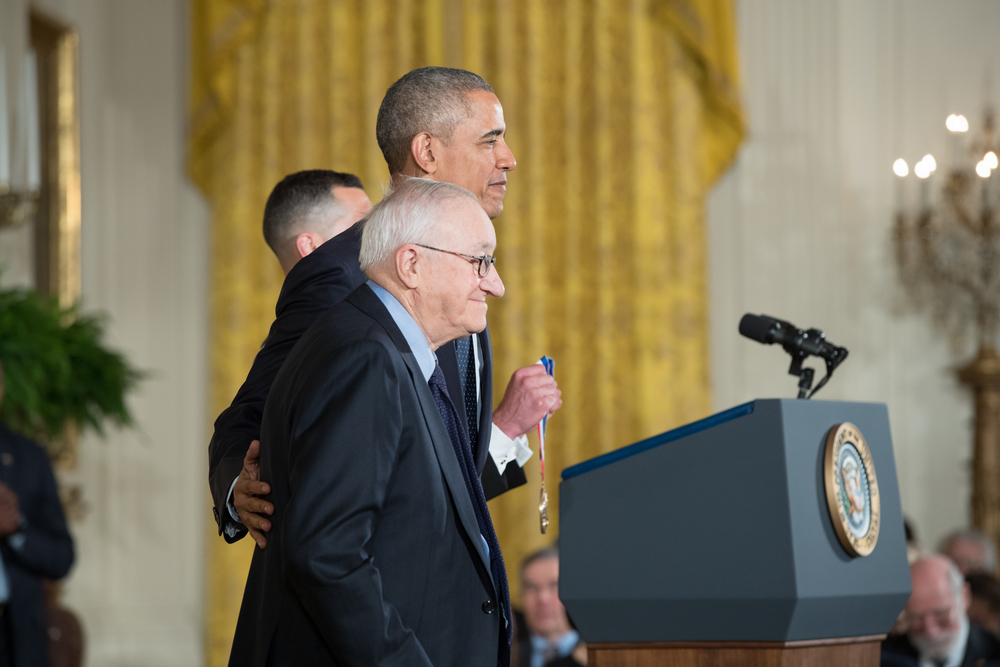 Albert Bandura’s Social Learning Theory is commonly relied upon today across many industries and professions. This theory states that while much child learning and child development does come from direct experience, much also comes from modeling and simple observations of people around you.

Additionally, Bandura posited that the modeling we do of others isn’t limited to behaviors, but also includes attitudes and emotional reactions in various situations. Therefore, this theory takes into account both cognitive and environmental factors in determining how children learn and learn to behave.

Modeling is a simple enough process. Children note how their parents and other important figures in their lives behave, and children encode that information. Later on, children might imitate the behavior that has been modeled. So, if a child sees their parent strike the family dog for barking, the child might encode that behavior, think it’s okay to hit others when they are mad, and exhibit a similar behavior in the future.

Bandura built his theory on the foundation of classical and operant conditioning. For example, if a child exhibits a behavior that they encoded from a model, and that behavior is met with a reward, the child is more likely to exhibit that behavior in the future. A caregiver that claps and baby talks to an infant that begins to crawl is reinforcing that behavior with positive rewards.

On the other hand, if a child engages in a behavior that is met with a consequence (e.g., a parent yelling at them for striking the dog), they will be less likely to continue that behavior because it was met with a punishment.

Where Bandura broke from strict behaviorist approaches is in his position that the environment was just one determinant for how we learn and behave. Instead, Bandura posited that our intrinsic motivations and even our current mental state have much to do with our ability to learn and how we behave. 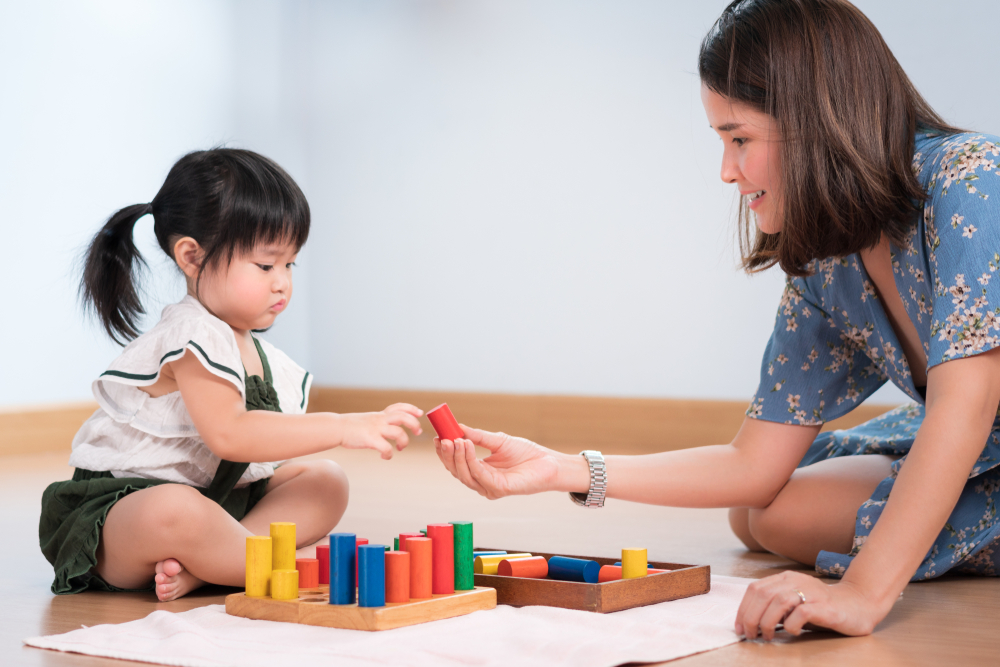 Piaget’s Cognitive Developmental Theory states that children, quite simply, think differently than adults. While this may seem obvious to some, this was a revolutionary theory that went on to provide the foundations for several other theories to come. Piaget’s theory on a child’s development being tied to their developmental milestones has gone on to be one of the top theories in the world.

Essentially, this theory divided the child life into four separate categories, or stages, each of which carries its own important qualities and vulnerabilities:

According to Piaget, each of these stages was marked by a specific developmental goal. Object permanence (the ability to understand that an object that is out of sight still exists) is the goal of the sensorimotor stage. Meanwhile, the goal of the preoperational stage is symbolic thought, or the ability to think using symbols and images.

The third stage – concrete operational – the goal is for children to develop logical thought. This is characterized by the ability to solve problems in a more adult-like, logical fashion. However, children in this stage might still struggle with abstract thought and only be able to solve problems that have concrete meaning.

Which Theory of Child Development is Right? 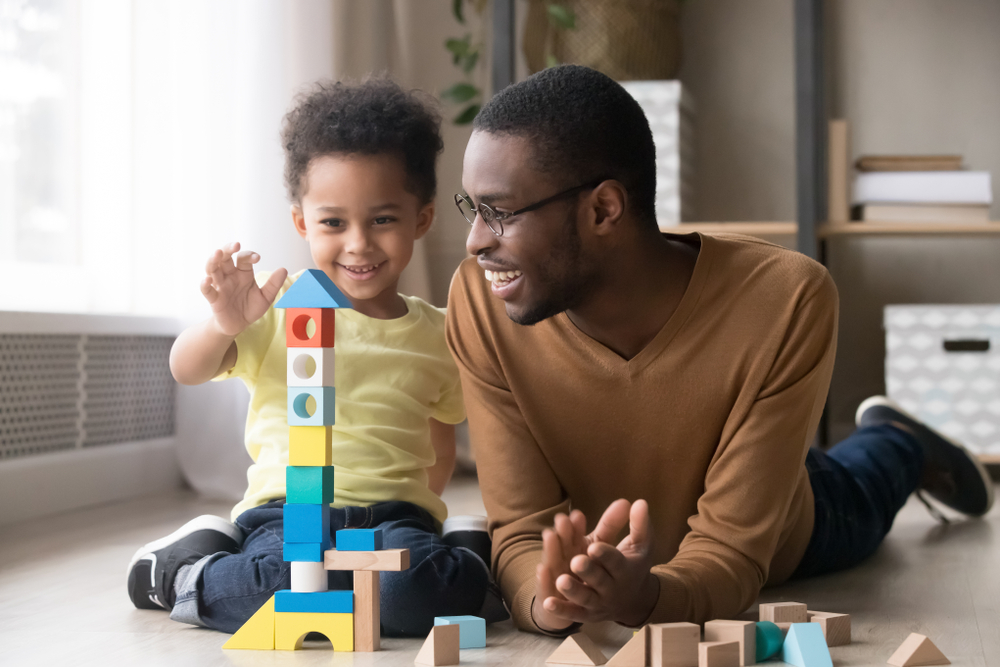 These theories of child development are all very different from one another and take different avenues for explaining how we learn, behave, and develop. Children begin life with genetic factors that may affect their cognitive development and emotional development. Whether or not their guardians are the ones who passed on these genes, their roles as guardians may carry more weight than they ever could have realized. As children start to see, hear, understand, and interact, they also respond to the emotional factors around them. While all of these theories are based around developmental milestones, the main areas of early childhood, and factors that we can likely all relate to, we may all have a different belief system.

And while it might be tempting to ask which one is right, that isn’t a question that can be answered – each theory has, in its own right, many useful applications for studying human behavior. One theory might be better suited to a specific situation than another. Multiple theories might be used simultaneously to explain how children develop as well.