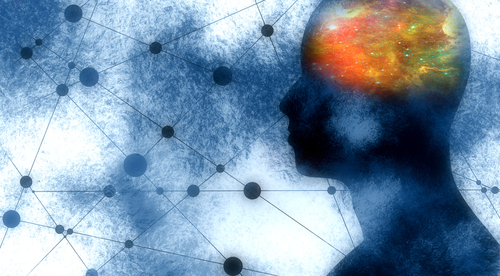 Scientists first began to recognize the similarities between a patient’s symptoms from a traumatic brain injury (TBI) and mental illness in 1848 when now infamous Phineas Gage had an iron bar go straight through his skull. The construction worker suffered a number of personality changes after his accident that early researchers could only describe as “traumatic insanities.”

The Diagnostic and Statistic Manual of Mental Disorders describes one of the four defining features of personality disorders as interpersonal difficulties. Most often, the person’s difficulty forming and maintaining relationships is tied in with the problematic symptoms of their mental condition. Similarly, those who have endured TBIs often suffer from social isolation as a result of the symptoms of their condition. Brain injuries can result in a loss of old friends and difficulties forming new relationships. Depending on the victim’s age, the injury may also disrupt developmental processes causing increased isolation and social anxiety.

TBIs frequently cause ‘emotionally liability’ when certain areas of the brain are damaged. A person’s emotions can become unpredictable, extreme and unstable. Pathological laughter or crying occurs when a person spontaneously begins uncontrollably laughing or crying as a resulting from the brain injury. This seemingly dramatic reaction mimics emotional disregulation commonly experienced by those suffering from borderline and other cluster b personality disorders. Emotional disregulation often manifests through mood swings, problems within relationships and impulsive behaviors. Similarly, cluster c personality disorders like PTSD also suffer from emotional disregulation through avoidance, anxiety, anger, sadness, and guilt.

Cluster b mental disorders are characterized by an overall disregard for the feelings and rights of other individuals. An inability to empathize with other human beings often results in hostile, aggressive or manipulative behaviors that can become apparent as early as childhood. In cluster b individuals, these traits are inflexible. Similarly, anger and aggression are common problems after a TBI. Too much stimulation like sudden noise, increased anxiety and stress from the injury, pain, fatigue and increased rigid thinking all create agitation and impulsive anger in the victim. Unlike personality disordered individuals, victims of TBI can gradually develop a greater ability to control their actions through emotional rehabilitation.

Flexibility allows healthy individuals to properly balance their impulses most of the time, but one of the core features that defines mental illnesses is over or under-regulated impulse control which often leads to behavioral disinhibition. Cluster c disordered individuals often manifest these symptoms through avoidance, a reluctance to try new things and hyper-vigilance. These individuals often feel a need to overly control their impulses and environments. Similarly, even mild brain injuries that are not deemed ‘traumatic’ can cause impulse control problems. Recent research published by the Neurologic Rehabilitation Institute at Brookhaven Hospital showed the impulsiveness level in all rat test subjects increased after brain injuries for up to eight weeks.

Nearly half of all individuals with a TBI will suffer depression within their first year of injury, and about 67 percent will be affected within seven years. Several factors like physical changes, emotional responses to the injury and other events unrelated to the incident put TBI victims at a higher risk of developing depression. Similarly, depressive disorder is characterized by depressed thoughts, anxiety, and sadness.

Highly cited research suggests that around 5.3 million individuals around the globe suffer from long-term complications as a result of their brain injuries. While research has grown exponentially, scientists have only touched the surface of studying the links between mental illness and traumatic brain injury.