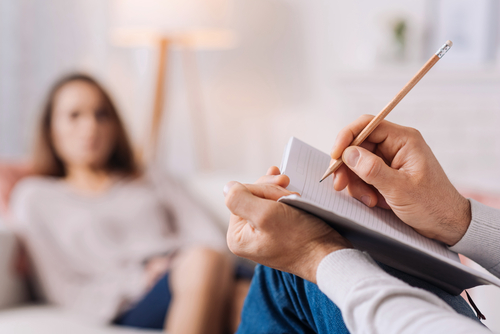 A Day in the Life of a Clinical Psychologist

Some people believe that talk therapy is just a patient talking while the psychologist listens. However, this couldn’t be further from the truth. Clinical psychologists are tasked with assessing each patient and developing an individualized treatment plan. Often, that plan includes delving into the patient’s issues and helping them understand their roots. From there, the psychologist can help the patient develop healthier coping mechanisms for dealing with those issues.

Usually, clinical psychologists primarily work with patients on an individual basis. They do this either as part of a group practice or in private practice. Sometimes, they may teach classes, although this usually isn’t the bulk of their workload. Clinical psychologists often will conduct and publish research that sometimes involves case studies of patients. 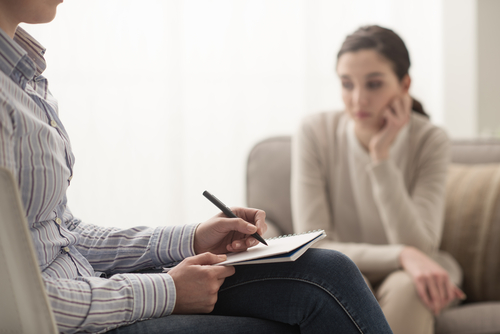 To become a clinical psychologist, you will need to pursue a doctoral degree. Most clinical psychologists have either a Ph.D. or a PsyD, though the Ph.D. is more common in the field and will usually afford you more career opportunities. PsyD programs tend to accept more applicants than Ph.D. programs. A PsyD degree places more focus on applying concepts of psychology to the clinical setting. A Ph.D. program certainly applies concepts of psychology as well, but it has much more of a focus on research than PsyD programs do.

Regardless of which program you choose, becoming a clinical psychologist involves a considerable time commitment. The first step is obtaining a four-year bachelor’s degree. From there, some candidates pursue a master’s degree, while others go straight into a Ph.D. training program.

Most PsyD programs take four to five years to complete, while most Ph.D. programs take between five and seven years. In the case of a Ph.D., graduates will need to complete a residency program much like medical doctors. Residency programs usually last about one to three years. During that time, new psychologists are overseen by an experienced psychologist. Upon completion of the residency, a clinical psychologist must also take and pass a licensure exam in order to practice in their state. Most states will also allow you to obtain different certifications in specialized areas.

As you can see, the decision to become a clinical psychologist isn’t one to make on a whim. Usually, though, you’ll be able to get a sense of the field from the undergraduate courses you take early on.

In a moment, we’ll take you through five interesting case studies from real clinical psychologists. But what exactly is a case study?

So why is a single case study valuable, especially when most studies survey larger groups of patients? For one, case studies are extremely valuable in the case of rare conditions. With very rare mental health disorders, it can be near-impossible to find larger studies. With case studies, it’s still possible to get an accurate picture of the disorder and what it looks like in different patients.

Case studies can also help future clinical psychologists to sharpen their diagnostic skills. In a broader study, you might learn about some of the common symptoms of a diagnose. But individual patients have their own quirks, and the same disorder can look different from patient to patient. Reading case studies can be a great way to see how different mental health issues can look in different people.

Lastly, case studies can be useful in supporting or refuting existing research. In some cases, they may point to issues that need to be researched further.

To really start to get a sense of what it’s like to be a clinical psychologist, check out these five interesting case studies reported by actual clinicians: 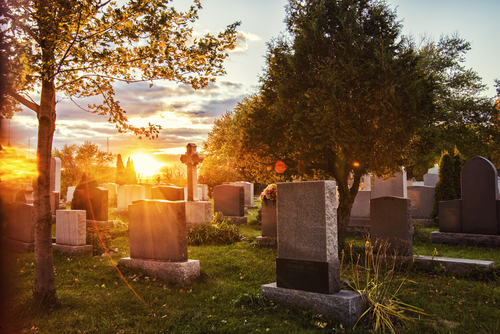 Even if you seem to have a promising future, it’s still possible to deal with severe depression. This is what happened to Jessica, a woman who had successfully completed medical school and obtained a residency at a large hospital. In Jessica’s case, her mental state declined seemingly overnight; she awoke one day feeling especially sad. But instead of lifting, that sadness continued and even worsened.

As is the case with many people with depression, Jessica lost interest in things she had previously enjoyed. She stopped having sex with her husband and even found interacting with her children to be a chore. She even found that her job was in jeopardy, as she stopped caring about work and began missing shifts.

Often, people suffering from severe depression will consider suicide. Some will go as far as making and going through with suicide plans. Jessica wasn’t considering or fantasizing about suicide. But she did begin to wish she was dead, and these thoughts slowly became all-consuming. Despite feeling drained from her low mood, Jessica still had trouble sleeping at night. This is when her thoughts of death were at their worst.

Jessica continued to insist that nothing was wrong. But her coworkers at the hospital saw that something was off. Jessica wasn’t being lazy or slacking for no reason; it was clear her mental health was suffering. Her colleagues were able to convince Jessica to see a mental health professional. She was diagnosed with major depressive disorder, a mental health disorder that causes severe and persistent sadness and loss of interest.

Many mental health issues present themselves when people are college-aged, and this is what happened to Gerry, a 21-year-old college student who got good grades. Gerry got along well with his friends and roommates until he started having trouble sleeping. At night, his thoughts began to race and felt as though they were spinning out of control.

But that wasn’t all. Gerry was usually a kind and mild-mannered person, but he began calling his friends at all hours of the night, becoming angry if they didn’t give him the attention he wanted. Within a few days, Gerry started to believe his roommates were spying on him. He told them as much. Instead of writing it off as simply a quirk, his friends became very concerned. They talked to Gerry and explained the strange changes they’d been seeing in his behavior. Ultimately, they were able to convince Gerry to seek mental health help.

After talking with a clinician, Gerry was ultimately diagnosed with bipolar disorder. It can be an intimidating diagnosis to receive, but Gerry was referred to a psychiatrist who could work with him to find the right medication. The combination of medication and cognitive-behavioral therapy helped him to return back to his normal self.

A Case of Obsession 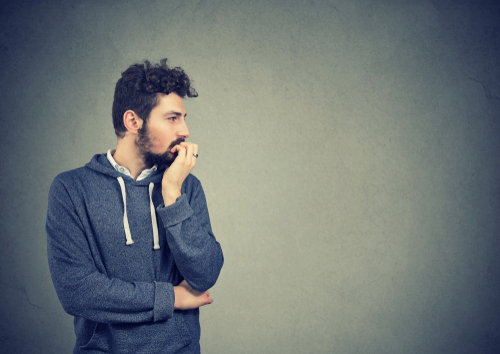 Plenty of people are fastidious about certain things, but one salesman took it a little too far. The salesman was having trouble leaving his house on time to get to work because he had an overwhelming and obsessive need to follow a set of rituals. Many of them were about securing the home. It started with double-checking and triple-checking that doors were locked.

The salesman also became incredibly worried about the electrical wiring in the home. He began to obsess over whether it would cause an electrical fire. If he didn’t complete the various rituals he felt compelled to do, the man believed he would experience bad luck.

Once he saw a psychologist, the man was diagnosed with obsessive-compulsive disorder. Since this disorder involves holding onto irrational beliefs, cognitive-behavioral therapy is essential. The man’s psychologist worked with him through therapy and helped him to manage and then overcome his obsessive thoughts. Ultimately, the salesman was able to get back to a much more normal life.

Panic disorders and anxiety disorders can seem to poison your life. That’s what it felt like for one forest ranger. Up until his mid-30s, he didn’t suffer from more than normal anxiety. But one day, while standing in line at the grocery store, he suddenly felt an overwhelming wave of panic. His heart rate went up and he started sweating. The panic attack was so bad that the forest ranger thought he would pass out, so he abandoned his shopping cart and returned to the car.

Naturally, the forest ranger didn’t want the same thing to happen again. Because that first panic attack had occurred in a grocery store, he began avoiding supermarkets. But that didn’t help for long. He began to experience intense anxiety in many areas of his life. His symptoms were so severe that his family life began to suffer, so he sought help.

Most severe mental disorders don’t start in childhood. When they do appear, these disorders often involve someone who previously seemed outwardly normal suddenly exhibiting strange behaviors. This is what happened to a 21-year-old business student. He suddenly began becoming agitated for no ostensible reason. During his bouts of agitation, other people heard him whispering angrily to himself.

The young man’s friends and family were very concerned, but they were unable to reach him by phone. He explained that aliens had placed a chip in his brain and that it would explode if he answered his phone.

Sometimes, symptoms like those the young man had can be caused or made worse by abusing alcohol or drugs. However, the young man didn’t abuse either. A family history of mental illness can sometimes be a risk factor, and the man did say he had an aunt who had been treated at psychiatric hospitals several times.

Thanks in part to the concern of his friends and family, the young man talked to a psychologist and gave a detailed account of his symptoms. He was diagnosed with paranoid schizophrenia. This is a difficult diagnosis to receive. But as the young man found, schizophrenia is possible to manage with good care. The young man’s psychologist was able to continue therapy, and he was also referred to a psychiatrist for help with medication. Often, for those diagnosed with paranoid schizophrenia, a combination of therapy and the right medications can effectively manage symptoms.