5 Famous People In History Who Suffered From Mental Illness 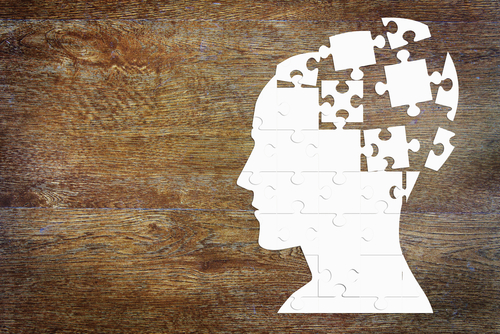 Humans have been living with mental illness since the dawn of time. In fact, some of the most well-known people in history have struggled with depression, autism, and bipolar disorder. Although these conditions are well-documented today, they were a mystery in centuries past — as a result, afflicted people were often misdiagnosed or assumed to be possessed by evil spirits. Using a combination of modern medical knowledge and historical records, historians and mental health professionals have identified many different famous people with mental illness

History books are packed with remarkable accomplishments and larger-than-life personalities. Many of these people changed the course of the world, all while dealing with mental disorders. Some of the most famous people with mental illness include:

There’s a great deal of speculation about famous people with mental illness and the wellspring from which many historical geniuses draw their energy and inspiration. While this curiosity is far-reaching and the public is often tempted to ascribe every famous historical figure with one or more mental disorders, a scholarly inquiry is more restrained.

A retroactive diagnosis requires careful, methodical research and a great deal of collaboration. Usually, a combination of biographers and trained mental health professionals examine the history of important historical figures. They examine medical records, books, personal accounts, letters, and other documents for signs and symptoms. After a thorough investigation, they determine potential disorders or diseases. Keep in mind that since this process happens posthumously and without an in-person consultation, it comes with a degree of uncertainty. 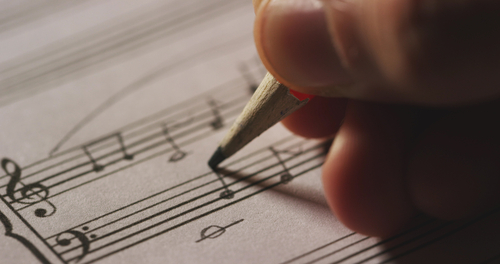 The famous composer Ludwig van Beethoven died in 1827. While his official cause of death was liver failure, this musical luminary also suffered from other physical and mental health problems. Beethoven had a well-documented love of wine, which contributed to the cirrhosis that took his life at just 56 years old.

The copious amounts of wine he consumed may have caused lead poisoning; at that time, wine contained high levels of lead. In fact, according to NPR, some researchers believe that this was Beethoven’s actual cause of death. Historical records show that the composer exhibited many of the symptoms of lead poisoning: aggressive actions, headaches, staggering, trouble sleeping, and irritability, to name a few.

In addition to these symptoms and several other illnesses that tormented him, Beethoven may have suffered from bipolar disorder. While he would find himself in good company, since it’s highly likely that many artists, writers, and musicians experience similar mental symptoms, it certainly didn’t ease his path through life.

According to an article in the New England Journal of Medicine, Beethoven was known to experience intense mood swings, characterized by explosive fits of temper and energetic activity and long bouts of lethargy and melancholy. His friends and family made note of his manic periods — during these periods, the composer would work intensely, creating multiple pieces of music at the same time. Through his music, one can almost map the progressions of these manic and depressive cycles. In particular, historians point to the fast, aggressive sections in “Rondo a Capriccio for piano” and the dramatic shifts in mood and tempo in the last movement of “String Quartet, no. 6, op. 18”.

These manic, productive periods were usually followed by months of sadness. Beethoven’s bouts of depression are well documented. He mentioned them in his personal letters, occasionally expressing a longing for peace and joy.

Mary Todd Lincoln, the wife of President Abraham Lincoln, was known for her bizarre behavior. Her fits of anger and aggression were so intense that a White House employee at the time dubbed her the “hellcat”. Reports from visitors noted that Lincoln often insulted her husband in front of guests and assaulted him physically. She was also known for her shopping, which was extravagant to the point of compulsion.

After her husband was assassinated in front of her, Lincoln’s mental health began to decline. Through a modern lens, this is understandable — after all, she had also suffered the loss of two sons. Instead of processing her emotions in private, Lincoln alarmed staff with public outbursts of grief. Her servant Elizabeth Hobbs noted that Lincoln wailed, shrieked, and convulsed in pain.

Despite her obvious suffering, Lincoln was treated poorly after her husband’s murder. According to History, she was scorned and laughed at; the new president, Andrew Johnson, ignored her completely. It’s a prime example of the historical and medical biases that marginalize women in general and their symptoms specifically. These attitudes are one reason that women are rarely included in lists of famous historical people with psychological disorders.

But while it’s been speculated that Mary suffered from schizophrenia or bipolar disorder, there may be other explanations. She was tried for insanity in an era in which women were believed to suffer hysteria—a literal wandering of the uterus about the body. It’s also possible that she suffered from a condition known as pernicious anemia, caused by a severe B-12 deficiency. This, in turn, impacts both the mental and physical processes of the individual.

In his book, “The Mary Lincoln Mind-Body Sourcebook,” Dr. John Sotos uses historic sources to support this diagnosis. Some of the symptoms of pernicious anemia could explain Lincoln’s behavior: headaches, delusional thinking, hypervigilance, and cognitive decline. 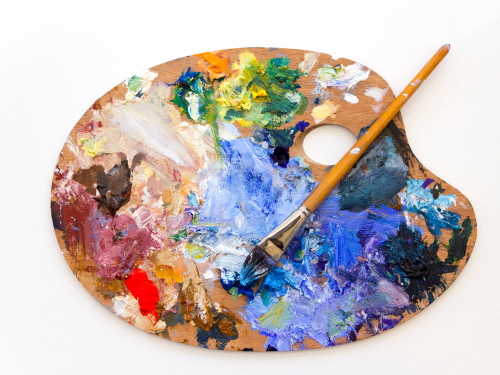 Historians and mental health professionals believe that Michelangelo had Asperger’s Syndrome. Also called “high-functioning autism,” this particular mental health issue usually presents with monomaniacal focus, withdrawal from social peers, and a disdain for most societal norms. While OCD or depression might explain some of his various habits, some scholars feel that only Asperger’s captures the suite of characteristics he exhibited in his lifetime.

Evidence of Asperger’s Syndrome is present in historical records. To start, Michelangelo was known for his difficult and tempestuous relationships with his patrons. One famous example was Pope Julius II, who commissioned the artist to sculpt a marble tomb and to paint the ceiling of the Sistine Chapel. The two men had a famously challenging and difficult relationship.

Michelangelo’s work itself is an example of the single-minded focus that often characterizes people with Asperger’s Syndrome. When the Sistine Chapel wasn’t progressing as he wanted after a year, the artist fired his workers and spent three full years painting on his own.

More evidence to back up this retroactive diagnosis lies in Michelangelo’s social interactions. He appears to have had few close relationships, which may be due to his poor social skills and obsessive interests. Asperger’s Syndrome tends to run in families, and many of the sculptor’s male family members exhibited similar behaviors. 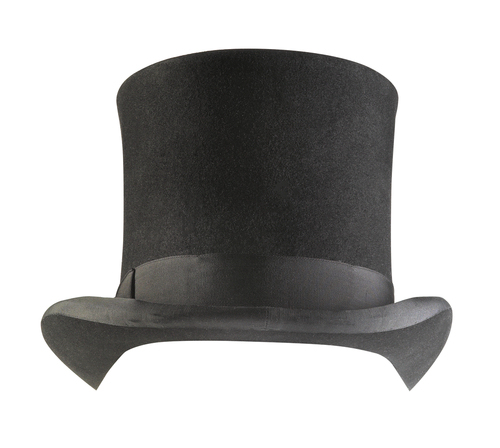 Mary Todd Lincoln wasn’t the only member of the Lincoln family who suffered from mental illness — her husband, President Abraham Lincoln, had struggles of his own. While there is much speculation about Mary Lincoln’s cause of illness, biographical research paints a clear picture of Abraham’s depression.

Reporting for NPR, Robert Siegel spoke with a prominent biographer of Lincoln, Joshua Wolf Shenk. Shenk himself noted that both an examination of Lincoln’s letters and detailed analysis of how those closest to him perceived him paint a lugubrious portrait.

When he was alive, Lincoln’s friends often referred to his “melancholy”. This behavior often included public bouts of crying, intense sadness, and recitations of gloomy poetry. According to The Atlantic, a former colleague of Lincoln said, “His melancholy dripped from him as he walked.” Today, this “melancholia” is usually referred to as clinical depression — it’s not a passing mood, but a prolonged state of being.

Among famous people with mental illness, Lincoln is one of the most easily assessed. After all, he was a high-profile figure who met a tragic end; his every move was observed and recorded.

Lincoln’s struggles with depression started well before he started in politics. After his friend Ann Rutledge died in 1835, friends noted that Lincoln’s personality changed. He became sad and isolated, often talking of suicide. His many friends watched over him, providing care and supervision during Lincoln’s darkest periods. The former president experienced several other breakdowns throughout his life.

Eventually, Lincoln learned to live with his dark feelings and challenging moods. He threw himself into his work, first in law and then in government. Historians believe that the survival skills Lincoln developed gave him the clarity and persistence to fight slavery and drive unprecedented change in the United States. His deep emotion lent power to his speeches, giving rise to some of the most famous and well-received lines in American history.

The writer Virginia Woolf, who died by suicide in 1941, is one of the most famous people with mental illness. Historians don’t need to look far to find evidence — in a letter to her husband before her death, Woolf mentioned hearing voices and “going mad again.” The latter was a reference to a bout of depression she suffered in her younger years.

Most people would assume that Woolf’s suicide and its profoundly premeditated nature present a clear case of mental distress. Her diagnosis of bipolar disorder is widely accepted. If you look into the author’s family history, the story becomes even more tragic.

Bipolar disorder is often linked to both childhood trauma and a genetic predisposition; Woolf’s history contains both. Even though psychology and psychiatry were still in relatively nascent phases at the time, Woolf’s family tree is studded with evidence of psychosis, then referred to as “cyclothymic.” It appears that her paternal grandfather, James Stephen, was prone to depression and self-harm. Eventually, he was committed to an asylum. Woolf’s father, siblings, and half-siblings also showed signs of substantial psychosis. One half-sister, Laura, spent years in Priory Hospital Southgate. Her mother was diagnosed as depressed when Virginia was still a young girl. Even if Woolf had exhibited none of the genetic signals of the disorder, it would have been traumatic for her to witness how such illnesses impacted her immediate family.

Given this family history, Woolf inherited a high risk for mental illness. To make matters worse, she endured a significant childhood trauma that likely exacerbated the problem — for nine years, she was molested by her half-brothers, George and Gerald Duckworth. The combination of genetics and trauma led to depression, several suicide attempts, and a lifelong struggle with mental illness.

Since Woolf was a prolific writer, historians have a long and detailed record of her mental condition. It appears that her condition worsened over time in a pattern called neuroprogression. Her declining condition and a stated desire to unburden her husband Leonard, led Woolf to load her pockets with rocks and walk into the River Ouse in 1941.

As you might guess, it’s tricky to give a posthumous diagnosis of psychosis. Researchers must rely on the accounts of other people rather than direct observation and interaction. These accounts are heavily influenced by the culture, customs, and norms of the time — a behavior that seems odd to modern people might have been completely normal in the 1400s. For maximum accuracy, mental health professionals must work closely with historians to develop a solid, comprehensive understanding of a person’s situations.

Because psychology is a relatively new realm of study, and because it’s dependent on so many intangible factors, most scholars avoid speculating on the mental illnesses of historic figures.

In some cases, however, history leaves a clear, well-substantiated record. In the case of Virginia Woolf, researchers have a documented family history of mental illness, records of the author’s symptoms, and a firsthand account of the author’s childhood trauma.

Some scholars see posthumous mental illness diagnoses as a way to bring justice to maligned figures in history. This is the case with Mary Todd Lincoln, who was treated poorly and regarded as a laughingstock — a mental illness caused by pernicious anemia shows Lincoln’s history in a new, gentler light. Michelangelo is often regarded as a temperamental artist, but if you view him through the lens of a potential Asperger’s Syndrome diagnosis, his behaviors make sense.

The study of psychology and mental health deepen our understanding of history, providing valuable context. Many researchers are not merely curious about famous people with mental illness — they’re seeking posthumous justice.