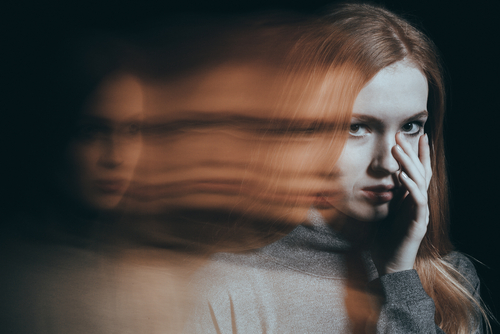 Five Signs that Psychosis Could Be Developing in an Individual

The signs of psychosis are varied and not every individual will meet the criteria. However, as the National Institute of Mental Health points out, having just two or more of the below signs should be enough for an individual to seek mental health help. What follows is a quick guide to understanding five signs that may lead to psychosis.

One of the hallmark signs that psychosis could be developing in an individual is a decline in personal hygiene. This can mean that an individual is no longer showering, has no interesting in taking care of themselves, may leave dirty dishes and clothes everywhere, and is not all concerned with their overall appearance and health. This is most likely noticed in an individual that prior to the change was incredibly neat and tidy and took care with their appearance. Families are generally the first to spot this warning sign, but if the decline in personal hygiene happens gradually, it may also be one of the first signs to be overlooked by loved ones.

Another sign of psychosis may be the withdrawal from social interactions at school, work, or at home. The change may be immediate, but is most often gradual and may be chalked up to another sign, emotional changes, that will be discussed further down in the article. It is usually a sign of an individual battling their own mental health and may at first be attributed to an individual sussing out whether their thoughts are valid or are all in their head. It may also be attributed to the idea that an individual is losing touch with reality and is no longer interested in interacting with those who do not see the world the same way they do.

One of the major signs of psychosis is a deterioration in functions; the most obvious of this is the loss of the function to think clearly or concentrate on one particular task at a time. It could also be characterized as someone seeming preoccupied, distant, or feeling disassociated with their own body.The National Alliance of Mental Illness reports this as a major early warning sign because it points to an individual’s deteriorating health and is compounded by the fact that brain functions are no longer working properly.

Individuals who have marked changes in behavior, such as lower grades in school, multiple absences from work, outbursts at friends and family members or marked changes in sleep and eating patterns, may also be at risk of psychosis. These are changes in behavior that would be considered significant by most close friends and family members, but may not occur all at once and may be gradual once they appear. It may also be that these changes do not occur until right before the first episode of psychosis, making it harder to understand what is going on with an individual.

Emotional changes are one of the earliest warning signs that psychosis is developing. Outbursts, inappropriate reactions to a conversation or even no feelings at all, even when a situation calls for it. This may also accompany unfounded fears, new beliefs, or the individual articulating that they are seeing and hearing things that are not present in the real world. Emotional changes are often the most severe sign that something is wrong because emotional changes mean that the first episode of psychosis might well be on its way.

Thinking about psychosis can be difficult for anyone, but sometimes the issue cannot be avoided. Whether it’s a family member or themselves, everyone should understand how psychosis develops and when the best time for treatment is, even if they’re not sure about the diagnosis. The above five signs of psychosis should act as a guidebook for anyone wondering about the issues that precede psychosis.