What is the Difference Between Sociology and Social Psychology? 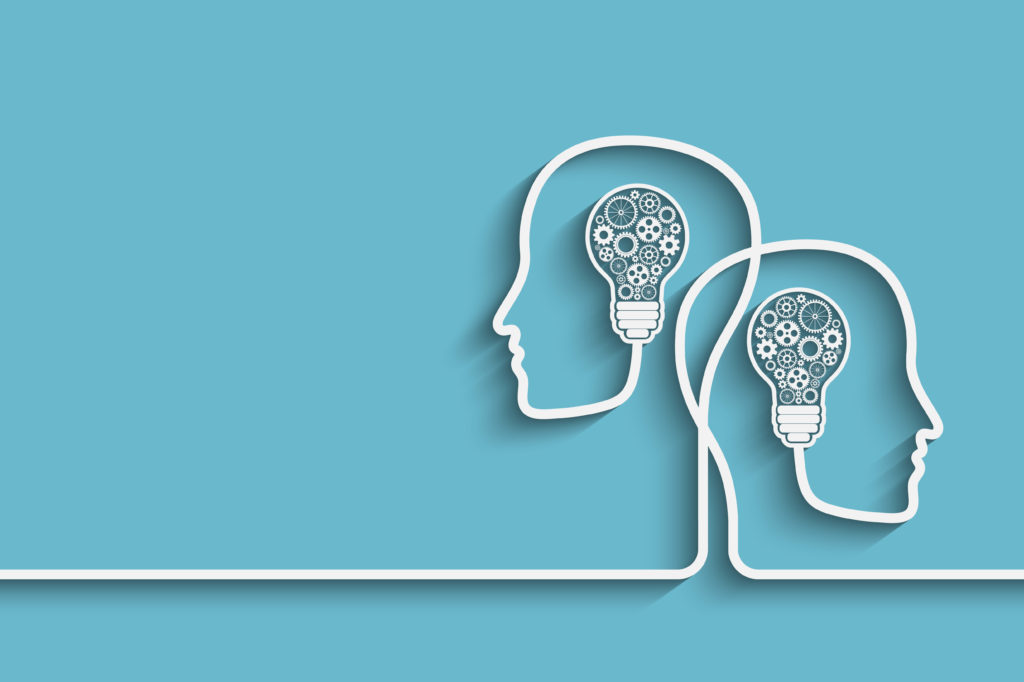 While both are considered to be part of the social sciences, sociology and social psychology are more different than they are alike. Despite the similar sounding names, each discipline examines the world through a different lens. Ultimately, this means that each discipline has a different take on explaining human behavior.

There is no doubt that all humans navigate an intricate web of social variables as they move from childhood to adulthood and throughout the rest of their lives. These variables – norms, expectations, religious beliefs, and cultural influences among them, can significantly impact the manner in which a person behaves. These same variables can also have widespread impacts on society as a whole.

How Do Sociologists and Social Psychologists Differ?

To put it simply, sociologists are more interested in what’s going on at the societal level. They look at the “big picture” of behavior while social psychologists have a narrower focus. They look at societal forces that influence behavior on the individual level. In both cases, these professionals spend their careers studying human behavior and how behavior is influenced by society.

However, there are plenty of similarities between these two fields. In both cases, there is an emphasis on research and using the process of research to better understand group behavior. Likewise, both sociologists and social psychologists seek to find solutions to societal challenges that we’re facing today – racial injustice, poverty, and free and fair access to education among them. By observing human behavior, studying it, describing it, and measuring it, sociologists and social psychologists are better equipped to understand why people behave the way they do, why and how social norms change, and how societal influences impact behavior.

As noted earlier, though, there are some significant differences between these two fields. Let’s explore each individually to learn more about how these professions seek to explain social behavior. 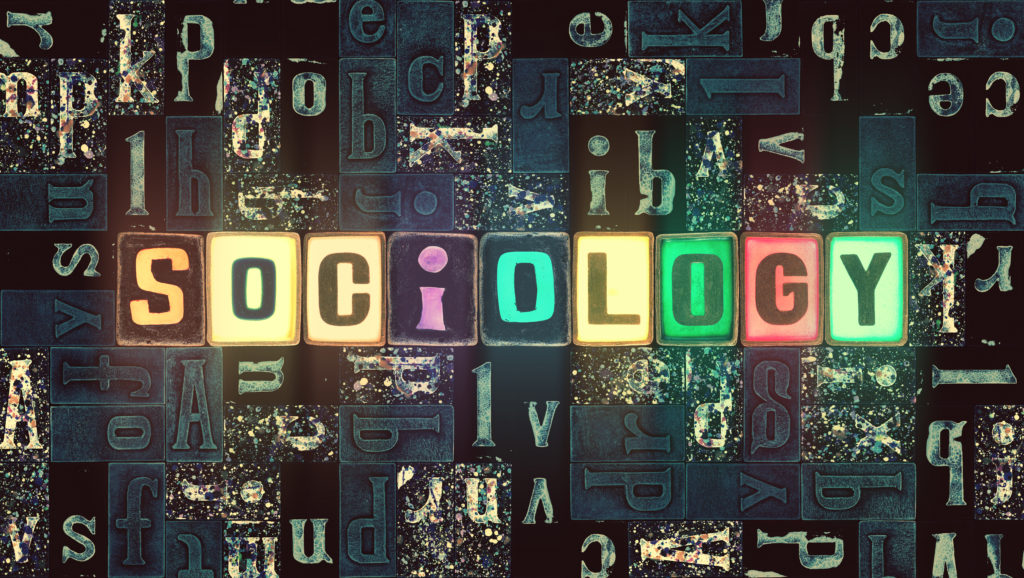 Understanding sociology is perhaps the best method to understanding the difference between psychology with a focus on social interactions and sociology itself.

Sociologists study what it means to be social creatures. This can include complexities of relationships between two people, among groups of people, or even the interactions between businesses and their impact on both local and global economies.

Sociology looks for patterns of behavior, though assumes that there will be some variation due to individual choices and actions. These choices help to shape the world around us.

For example, a sociologist interested in the impact of religion may conduct a study to determine if the amount of churches per capita has either a positive, negative, or null effect on issues such as crime, average gross income, or average education of a given area. They may further break this down by other socioeconomic criteria and publish that data or present that data to policymakers and governmental officials.

Sociology began to develop in the 1700s and 1800s in part as a response to the industrial revolution. Western Europe was rapidly changing from an agricultural economy to an industrialized economy, and with that came massive social changes, not the least of which was the rise of urban living, the decrease in the traditional authority of the church, and the rise of the wealthy industrial class (as well as the poor working class).

As science and technology developed and social stratification increased, people began to wonder if scientific methods could be used to explain both the natural world and the social world in which humans were living. Likewise, scientists saw the rapid increase in the global population, the decrease in childhood death rates, and the longer life expectancy that came with the Industrial Revolution, and began to wonder what the implications of all that would be on society.

Thus, sociology was born. The first sociology class was taught in 1890 at the University of Kansas, and from that point to present day, sociology has remained focused on the study of societies, social behavior, social relationships, culture, and other elements that are related to social interactions.

What is Social Psychology? 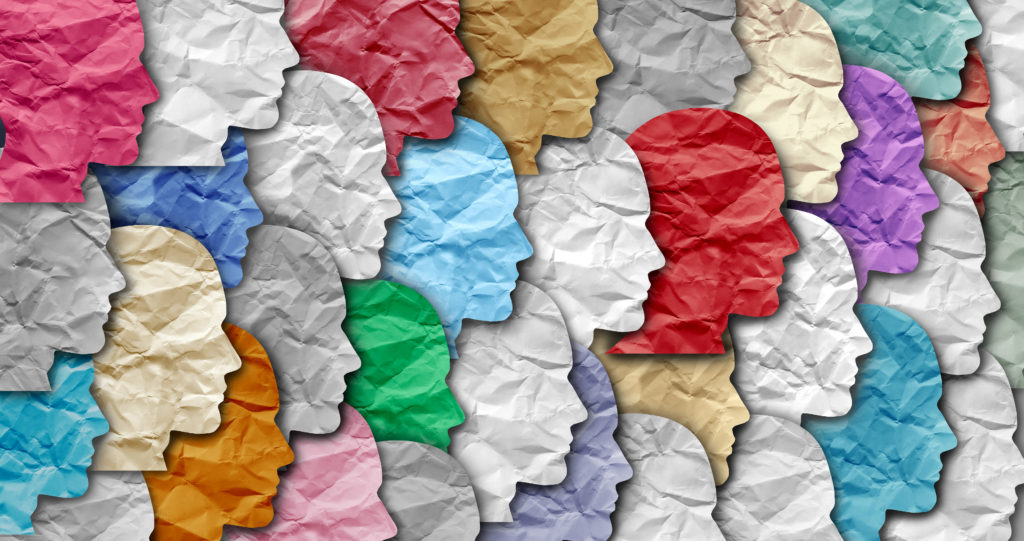 According to the American Psychological Association, social psychology is the study of how people are shaped and affected by their social environments. This is a very broad definition, of course.

When you drill down to the purpose of social psychology, you find that it is focused on developing an understanding of how people influence the behavior of other people. More specifically, the desire is to explain why and how one person’s feelings, thoughts, perceptions, and behaviors are affected by another person’s feelings, thoughts, perceptions, and behaviors.

Since social environments often change, this is an interesting area to study because the social influences that are at work in one’s life might be different from day to day, or even from one moment to the next.

But social influences go well beyond influencing whether you laugh or don’t laugh at someone’s misfortunes. Instead, social psychology is the study of how social influences affect the decisions you make, the way you behave, what you think, and how you perceive other social groups.

When in a friend group, we might be more likely to be ourselves, to be loud or funny or silly. But when in church, acting in that manner might result in the perception that you’re being rude or disrespectful, therefore you don’t exhibit those behaviors in that context.

Though the study of social psychology didn’t begin to develop in earnest until just before the turn of the Twentieth Century, it has its roots all the way back to Aristotle.

Aristotle posited that people are naturally drawn to one another and that we are indeed social animals. Plato, on the other hand, believed that the state controlled the people within it, and that the state was an impetus for a feeling of social responsibility.

While these are perhaps somewhat differing views, the point is that scholars have been thinking about the social aspect of human functioning for a very, very long time.

As noted a moment ago, social psychology as a scientific pursuit really didn’t come around until about 1898, when one of the first studies on sociology was published by Normal Triplett.As the 1900s unfolded, other sociologists gained prominence like Kurt Lewin, Floyd Allport, Gordon Allport, William McDougall, Stanley Milgram, and Fritz Heider, to name a few.

One of the most famous social psychology experiments ever conducted was Milgram’s “electric shock” study, in which Milgram focused on obedience and the role that authority figures play in shaping behavior.

Philip Zimbardo oversaw perhaps the most infamous social psychology experiment – known as the Stanford Prison Experiment – in the 1970s, in which conformity was the focus of study. In this case, as was the case with Milgram’s study, key understandings about human behavior were achieved, but at the expense of outcries that the experiments were unethical.

As a result, social psychology matured over the next few decades and ethical standards were put in place to regulate research and protect participants from harm. Today, social psychologists conduct research on a wide range of topics, from multiculturalism to environmental psychology to religious studies and beyond.

The history and development of these disciplines has led to a divergence of philosophical underpinnings for each field.

For example, sociology focuses its lens on the influences on social behavior from a cultural or institutional standpoint. As noted in the introduction, this means that sociologists are concerned about the “big picture,” and how society influences the manner in which people think, behave, and feel.

Social psychologists, meanwhile, are less concerned about those “big picture” focuses and are more interested in situational variables and individual differences that influence how one behaves.

So, a sociologist might look at a large group of people – college graduates between 22 and 40 years of age, for example, to try to learn how that segment of the population is handling tough economic times. Social psychologists, on the other hand, might look at the role that society plays on an individual, and are more interested in the role that a person’s interpretation of economic stress, social challenges, prejudice, criminal activity, and so forth plays in their mental and emotional functioning.

Another key difference in the philosophy of these two fields of study is that sociology studies social norms and how people are supposed to behave. Contrast this with social psychology, which looks at variations among individual behavior within the context of those norms.

For example, a sociologist might study external factors like gender, social class, or family status, and how those categories influence social behavior, like the expression of one’s gender identity. A social psychologist, however, might study gender identity in the context of social forces like class or family status as well as factors that are internal to the individual, like genetics or personality.

While sociologists and social psychologists differ on philosophy, they also have a different range of employment opportunities available to them.

Sociologists may find themselves employed in businesses, research facilities, and in various positions within local, state, and federal government. They may take on the role of full-time employees, or may offer their services via consultation.

Social psychologists may work in schools, offices of mental health practitioners, hospitals and in some governmental roles as well. Being psychologists, they may employ a plethora of individual and behavioral testing to assist their clients with understanding the impact of societal issues around them.

Sociology vs Social Psychology: Distinct Disciplines With a Lot of Overlap

As we’ve discussed, sociology and social psychology have experienced different developmental paths over the years. Their underlying theories and philosophies are different, and the manner in which they go about observing and explaining human behavior is different as well.

Whether you’re interested in pursuing studies or a career as a sociologist or social psychologist, you’ll be entering a field that has incredible value for learning new things about human behavior and helping to shape a more informed and understanding world.