What is the Difference Between a Psychologist and a Psychiatrist? 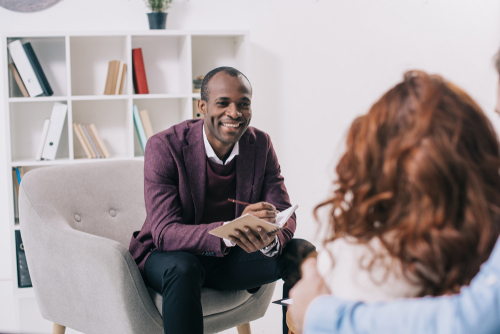 Many people wonder what is the difference between a psychologist and a psychiatrist. With such similar names, it’s easy to confuse the two professions. There are distinct differences, however, both in the scope of duties performed by each, and the education needed to succeed in the field.

The Work of a Psychologist

Psychologists are students of the mind, studying human behavior on many different levels. Psychology is a broad scientific field, which is appropriate given that human beings represent a broad range of behavioral and mental conditions. A psychologist might work exclusively with institutions to research and test the way our brain works. Most are specialists in clinical psychology, helping the mentally ill cope with the day-to-day problems of living in a society that doesn’t quite understand their needs. They might even be instrumental in developing innovative treatments for psychological disorders such as depression and bipolar disorder. Some psychologists have private practices that work directly with patients who are struggling through social and emotional problems such as divorce or grief. In this regard, a psychologist performs the same role as a counselor but with a higher level of educational expertise.

Duties of a Psychiatrist

Perhaps one of the greatest differences between a psychologist and a psychiatrist is that a psychiatrist is also a physician. He/she practices medicine and must attend medical school. That is an important distinction to make because a psychiatrist can prescribe any type of medication a patient needs, whereas only a handful of states allow psychologists to prescribe medications. That isn’t the only role of psychiatrists. They work directly with patients to provide a variety of treatments, including hospitalization and even some direct counseling. Psychiatrists work closely with neurologists, surgeons and other medical practitioners to bridge the connection between the mind and the body.

Do Psychologists and Psychiatrists Treat the Same Patients?

Some psychologists do help patients with complex illnesses. Often, a psychologist will provide talk therapy on a weekly or monthly basis and refer the patient to a psychiatrist for medication adjustments. Psychologists also help individuals with no specific medical diagnoses. For example, a psychologist might counsel a child whose parents are divorcing, a married couple who is struggling to conceive or an elderly person grieving the loss of life-long friends. Psychologists are more likely to work in community settings, such as public schools or hospice programs, that can’t afford to hire a psychiatrist.

How to Become a Psychiatrist

The road to becoming a psychiatrist is long. First, you’ll need a bachelor’s degree. While there’s no single best undergraduate degree for psychiatrists, you should take several classes in psychology to ensure you enjoy the academic study of the mind. Additionally, you’ll need a strong background in the natural sciences to succeed in medical school. A bachelor of science in biology with a minor in psychology is the easiest way to obtain the knowledge you’ll need.

When you’re closing to completing your bachelor’s degree, you should take the Medical College Admission Test (MCAT). This grueling test measures your understanding of critical thinking, natural sciences and writing skills. You’ll need a decent score on the MCAT plus a relatively high grade point average (GPA) to be admitted to medical school.

Once you’ve entered medical school, you’ll spend four years training as a general physician. You’ll attend classroom lectures on anatomy, pharmacology and other scientific topics, and you’ll spend long hours rotating through hospitals and clinics. At this stage, some aspiring psychiatrists decide to pursue surgery, general practice or other alternatives to psychiatry. You can also pursue dual degrees through your medical school, such as an M.D.-M.P.H degree to study public health or an M.D.-Ph.D. degree if you want to be a physician-scientist.

If you’re still committed to a career in psychiatry, once you finish medical school and pass the United States Licensing Medical Examinations (USMLE), you’ll need to complete a four-year residency. You’ll be a licensed physician but not ready to practice on your own. Instead, you’ll work under the supervision of experienced psychiatrists as you learn to diagnose and treat patients.

Finally, after twelve years of training, you’ll be a licensed psychiatrist. You can work independently, but many psychiatrists partner with other health professionals to provide a well-rounded experience for patients. As the only mental health providers who can obtain licensure to prescribe medication in all fifty states, psychiatrist often focus on medication management in multi-disciplinary practices. If you want to prioritize talk therapy with patient0, you may be better-suited to a career in psychology.

How to Become a Psychologist 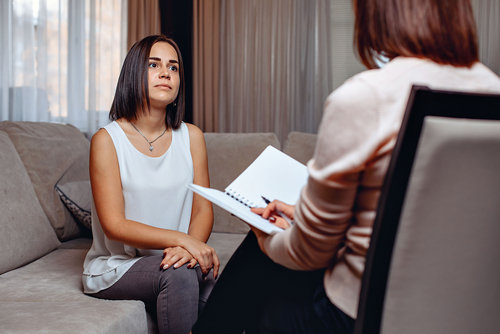 Becoming a psychologist is not quicker or easier than training as a psychiatrist, but you will focus in slightly different areas. You’ll start by obtaining a bachelor’s degree. As with psychiatrists, no specific degree is required to become a psychologist, but you’ll want to take courses in statistics, research methodology and psychology. Often, future psychologists major in a social science, such as anthropology or sociology, to start building research skills as undergraduates.

In some cases, you might pursue a master’s degree in psychology, social work or statistics. With the right degree, you can start working as a mental health professional without doctoral training. If you’re most interested in providing clinical services like talk therapy or case management, you may be able to fulfill your career goals with only a master’s degree. However, in most states, you cannot call yourself a psychologist until you have completed further training.

You may choose to enter a doctoral-level program immediately after your undergraduate studies or you might want a master’s degree first. Either way, you’ll need to choose between a clinical degree and a research-oriented degree. A Ph. D. in Psychology emphasizes research skills. With this degree, you can lead studies into human motivation, industrial organization or specific mental illnesses. You’ll likely work for a university as a professor or for a government agency as a research scientist. Before you can graduate, you’ll have to conduct a large study and write an in-depth thesis on your work and pass an oral examination led by experienced research psychologists. After graduation, you can start working right away, but you may want to pursue post-graduate fellowships to build your professional network.

A Doctor of Psychology degree, or Psy.D., hones your clinical skills. You’ll learn to diagnose and treat mental health conditions and work with other clinical providers to create a plan of care. Most likely, you’ll offer supervised therapy sessions to students on campus and review your work carefully with a supervisor. You may not need to complete a thesis. Similar to psychiatrists, Psy.D. graduates cannot start working immediately after graduation. Instead, you’ll complete a supervised internship. The exact length depends on your state, but you’ll likely need one to two additional years of training before you’re licensed to practice on your own.

Earnings for Psychologists versus Psychiatrists

What is the difference between a psychologist and a psychiatrist in terms of earnings? In 2019, the median salary for psychiatrists was $208,000, according to U.S. News Psychologists earn far less, with a median annual salary of $85,000 reported in 2015 according to the American Psychologist Association (APA). However, the APA reports that these earnings vary greatly, with some psychology specialists earning a median of $125,000 annually.

Keep in mind that psychiatrists often graduate medical school with hundreds of thousands of dollars in debt then spend four years as a resident earning less than $75,000 per year. On the other hand, psychologists can work as research or teaching assistants while earning their degrees and often receive a full tuition waiver from their universities, letting them graduate without debt. While psychiatrists earn more than psychologists, this difference often isn’t apparent until many years after entering the field because psychiatrists have so much debt to repay from their training.

Ivan Pavlov, B. F. Skinner and Stanely Milgram created some of the most enduring legacies in psychology through dedication to clinical experimentation. If you’ve ever used the term “Pavlov’s dogs” or “Skinner box,” you can thank these early titans of the field. Although few clinical psychologists have risen to the level of fame as their research psychology compatriots, these professionals have still helped advance psychology into a profession that helps millions of people every year.

One of the most famous psychiatrists is the fictional Dr. Harleen Quinzel, better known as her alter ego, Harley Quinn. However, even the most die-hard comic book fans often fail to realize that Dr. Quinzel worked as a physician, which just shows how hard it can be to understand the differences between psychiatrists and psychologists.

Other well-known psychiatrists include Dr. Sigmund Freud and his protégé, Dr. Carl Jung, both of whom worked tirelessly to promote psychoanalysis and psychology. For both men, who practiced in the early 1900s, the psychology versus psychiatry debate was not important. At the time, medical training was rudimentary, and a short apprenticeship or a few years at a university were enough training to become a physician. By focusing their energies on testing and promoting psychology, Drs. Freud and Jung shaped the field into its current state.

Do Psychologists or Psychiatrists Have Better Work-Life Balance? 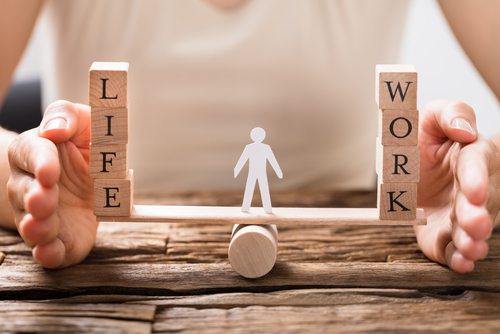 Depending on your work environment, you can enjoy a good work-life balance as either a psychologist or a psychiatrist. If you practice in an office setting, you’ll see patients by appointment only, and you can decide when to offer appointments. However, you may have to work during the evenings or on weekends if you want to grow your practice, because many workers can’t take time off during the week for regular therapy sessions. If you work for a university or research center, you’ll probably have a normal office schedule, but you may need to work longer hours for special projects.

You may also work for a hospital, in-patient rehabilitation or care center or mental health clinic. In these work environments, you’ll have to give up some control over your schedule. You may be required to work on-call shifts, where you’ll have to answer a ringing phone in the middle of the night when a patient experiences a sudden crisis. Because these facilities operate 24/7, you might need to spend a few years working the night shift before you can choose better hours. Because both psychologists and psychiatrists provide health care, both professions are subject to long hours, weird shifts and sudden schedule changes due to patient emergencies.

Specializations for Psychologists and Psychiatrists

For the most passionate mental health clinicians, the years of training required to become a licensed clinical psychologist or practicing physician simply aren’t enough. These dedicated healers seek out additional training. Psychiatrists can become board certified by the American Board of Psychiatry and Neurology, while psychologists can earn their certification through the American Board of Professional Psychology. Additionally, both types of providers can specialize in various illnesses or treatment methodologies, such as clinical neuropsychology, family counseling or cognitive behavioral therapy.

If you’re not interested in advanced psychological training, you’ll still need to maintain your clinical skills through continuing education. The exact requirements vary by state, but generally you’ll need to take a few dozen hours of refresher courses every year to ensure you’re using the most up-to-date clinical practices and following ethical guidelines. While there are substantial differences in the education process for psychologists and psychiatrists, both professions require a lifelong willingness to continue learning.

Both psychologists and psychiatrists focus on mental health and strive to improve a person’s connection to the world, both in terms of understanding emotions, behavior and biological processes. Both are practitioners of psychotherapy, where regular meetings are held with clients to discuss and analyze their particular mental health issues. Psychologists focus more on research and development, whereas a psychiatrist is more concerned with the treatments of mental health problems. Their work goes hand in hand, and often a patient will require the services of both to create a comprehensive treatment program.