What is Performance Psychology? 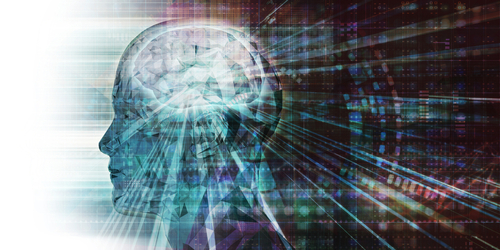 If you’re considering a career as a psychologist, then you may be interested in studying performance psychology, a specialty focus that relates to how people under pressure perform. Athletes, professional singers, dancers, heads of state and others in important roles take on a great deal of physical, mental and emotional stress. Performance psychologists seek to better human performance through specially designed techniques and clinical counseling, whether it’s assisting an athlete after a major accident or helping a public speaker reclaim her confidence.

The Role of a Performance Psychologist

In What Contexts Is It Used? 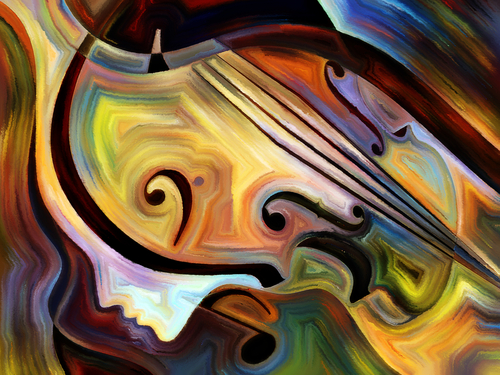 Performance psychology, often conflated solely with sports psychology, isn’t just for the athletes. While it certainly has a place there, it’s also used in performing arts, public speaking, and in any context in which a person must perform under the pressure of scrutiny or judgement. Many professions have need of this type of psychological training, rendering it useful for pursuits in different domains.

For Athletes of All Types

Unfortunately, sports professionals and athletes have a difficult time engaging with psychologists and their work. The popular conceptions held by society make it difficult for athletes to admit that they have worked with a psychologist or even fully engage in private practice with a therapist. However, that may be changing as more and more athletes do so. But what are the advantages of this?

First, using various strategies, therapists can use sports psychology to enhance performance. Self-talk is one of the most important ideas. It’s not just about keeping a mental narrative positive, since stressors can manifest in this way. Instead, they focus on relaxation and staying present in the moment, not simply visualizing. While visualizing is important during practice in order to attain higher standards, its place is prior to an actual event. Being relaxed and in the moment are more important during activity in which pressure comes to bear.

Another way psychologists can help athletes—as well as other performers—is coping with the pressure to perform. Many suffer from anxiety brought on by parents or spouses, coaches, and even themselves when they are expected to perform optimally. By easing this pressure, performance psychologists are freeing up energetic resources that can be used to hone skills, practice response times, and other aspects of excellent action on the field or stage.

This pressure will, if not managed, lead to emotional instability. Outbursts on the field can have serious consequences. That’s why a therapist will work with an individual athlete to understand the root of the emotion, it’s component parts, and offer ways that the player can cope with it when they recognize the elements of a potentially combustible situation coming together. While this represents its own suite of exercises, there are elements of relieving pressure, assuaging anxiety, and instilling effecting conflict management within other aspects of life that must be incorporated.

There is some expectation that athletes will injure themselves in the course of their career. Even minor injuries take time to heal, and there is a great deal of pressure to push through pain to continue to perform. Therapists can help with this tendency. While pain should be coped with in a healthy way to avoid dependencies on opiates, sometimes it’s essential to take pain medication. The way therapists can help is by teaching athletes coping strategies that allow them to heal, reduce psychological dependencies on medications, and permit full healing to take place before they get back out into the fray.

Athletes in particular have a difficult time with being benched or sidelined. There is some anxiety about returning, and being capable of achieving pre-set bench marks, about being less capable. Performance psychology works with these aspects by encouraging individuals to attend their physical therapy sessions, by helping athletes listen to their bodies, and by talking through perceived anxieties on and off the field.

Performance psychology can also be about communication. Beyond the dynamic of the therapist and the athlete, communication is absolutely essential in any sport. When the captain of the team, which may be known by different titles depending on the sport, must communicate the next play, a change up in routine, or some other vital information, clarity and intelligibility is vital. But what happens if that person is unable to do so? Performance therapists work with various shareholders or players and coaches to remedy this misaligned quality. Sometimes, it’s a matter of anxiety and can be dealt with from that angle. However, sometimes, it’s a cognitive gap, which must be remedied in a different, more intensive way.

Regular exercise can be difficult to maintain for many. Even more difficult, attaining new results by instilling differing strategies into an existing exercise regime can be more challenging for athletes. Doing this in a healthy way is important, and it’s a primary goal of therapists to encourage athletes during this process. They use tactics to help track progress, persist in the face of roadblocks, and to set new and achievable goals.

Another aspect of performance psychology that is often overlooked is the building of a solid foundation and the use of healthy attitudes about both exercise and sports. One way to decrease the internal pressures and anxieties many athletes feel over the course of their career is to instill these ideas at a young age. Performance therapists work with coaches of young teams, often prior to high school, to adapt their styles. They offer techniques to provide a healthy motivation, a love of sports, and a lifelong enjoyment of exercise. Rather than seeing these as a punishment, or envisioning disappointing either coach or parents by not attaining a goal, children are taught to revel in physical activity.

For Dancers and Musicians 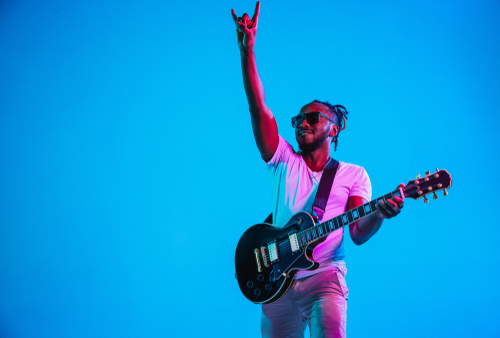 These two domains use the most recognizable attributes of performance psychology as it relates to sports. Both for dancers and musicians, optimal physical conditioning is important, since they use their bodies repetitively in daily practice. Considerations of musculoskeletal health, the possibility of injury and recovering from injury, and physical conditioning for immediate response are of the essence. The concept of playing through pain also comes into consideration, since an injury may occur in the process of a performance.

But how they use their bodies and the styles in which they perform differ considerably. A ballet dancer has different considerations from a modern or contemporary dancer. A classical musician must contemplate different stressors than a rap musician or a modern stage musician. This is the point where traditional sports psychology, which has to do only with physical performance, diverges sharply from other, physical performing arts.

Dancing and music are, in some ways, a bridge between the types of clients that represent the sports industry and those that rely on stage or screen for their livelihoods. While they must also use performance psychology to manage pain, communicate, attain physical goals, and other athletic attributes, they also need to understand the creative side of the equation. To create a mood, one must understand the underlying emotional substrate created by the composer. To evoke a specific emotion with dance or to tell a particular story without words, a dancer must move their body in a precise way that is both physical and emotional.

For actors, musicians, and many different types of performing arts, performance psychology can be beneficial. There is a mistaken notion that the best actors are perfect, and that they strive to emulate a perfectionist ethos. The case is quite the opposite. While any actor or musician, stage performer or dancer feels the need to be perfect, they cannot let this interfere with their performance. If the need for perfection predominates, once a mistake is made, the goal can never be reached.
Moreover, if one is so focused on mistakes, rather than on the feeling of a piece or performance, that will translate to the mood. One will miss the point of the performance entirely, and come across as stilted or inauthentic because one is holding tension in the body associated with the mental state. Hence, there are many relaxation techniques associated with performance psychology. These are paired with refocusing exercises, so the true meaning of a piece or routine can come through.

Unlike many other types of physically-related psychology, this application is more centered on the mind. While there are aspects that are innately physical, which will be discussed below, understanding where creativity comes from is a large part of the acting craft and psychologist’s role in helping actors. As is the case with mistakes and perfectionism, a stressed brain will not be as creative. Therapists work with actors to maintain a host of relaxation techniques that can aid them in times when they must relax—such as prior to a large audition or before their curtain call.

As well, much as with all professionals, visualization exercises help. Knowing what one wants to achieve with a piece is the first step in defining a path towards it. This is a primary function, a first move in the iterative process of acting, whether it’s on the stage or for the camera. It also has a corresponding aspect, which is different from any other application of performance psychology, which is an active intelligence, an imagination of what the character motivations or backstory might be.

In no other context does the person engaged in therapy also apply principles of psychology recursively. This can help the psychologist because actors of all sorts engage willingly in a deeper, more enriched dynamic. Their particular talent is about building relationships, which goes a long way in the pursuit of helping them to achieve the pinnacle of their craft.

How to Specialize in Performance 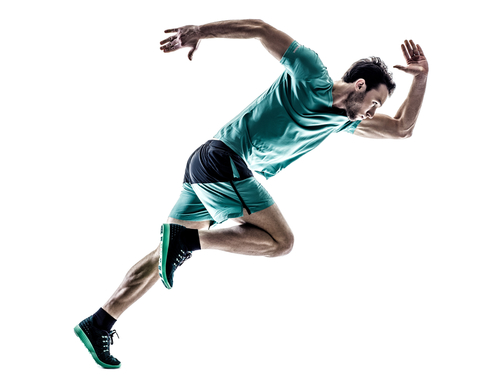 In order to pursue a career as a sport and performance psychologist, you need specialized training along with the standard education and credentialing that comes from being a psychologist. For starters, consider the character traits demanded of someone in this position: good listening skills, the ability to mediate tough situations, problem-solving skills, critical thinking skills, focus and compassion, among others.

You’ll also need a master’s degree at minimum, and many practices now require a doctoral degree because psychology is such a competitive field.

Several schools in the United States offer specialized degree paths for sport and performance psychologists. Specialties in this area may be listed under sports, such as applied sport psychology, clinical sport psychology or academic sport psychology. Psychologists also need to be licensed by the state in which they practice, and many states require ongoing education to maintain licensure.

In general, psychologists can expect much higher demand for their skill set over the next decade according to the Bureau of Labor Statistics. Psychologists earn an average of $75,580 per year without any specialization. High-performance jobs continue to be a major part of modern life, which means that there’s a greater demand for psychologists who specialize in this field. In addition to the monetary benefits and job security, sports psychologists can also expect to play a large role in shaping contemporary culture. Since they work with athletes, entertainers and key political figures, performance psychologists can encourage future leaders, thereby making an indirect impact on popular culture.

Psychology welcomes a wide range of interests, covering everything from marriage and family issues to rehabilitation after an accident. Sport and performance psychologists specialize in helping people succeed in high-performance areas, such as sports, medicine or politics. If you’re interested in a career that makes a substantial impact on not only your patients but the fans and supporters behind them, then performance psychology may be right for you.