What is a Media Psychologist? 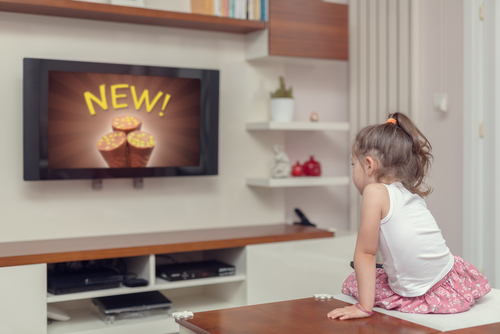 Anyone who has seen the iconic beer commercial featuring the Clydesdale horse team has seen media psychology in action. The advertiser has pushed all the right “buttons” to create a positive, engaging and memorable advertisement that elicits responses across the spectrum of American demography. The ability to produce that content comes from research and experience in the study of how human behavior and attitudes are affected by media.

What is Media Psychology?

Media psychology uses principles and tools from different branches of psychology to study how exposure to media of all sorts affects human behavior. A psychologist who has a background in cognitive psychology, for instance, might bring her knowledge of language, memory, perception and other behavioral issues to her specialization in media psychology. Plus, since media encompasses so much of today’s culture, she will look at digital entertainment such as gaming, print media, film and music, television and advertising and many other forms of media. She will study its use in education, recreation, art and even interpersonal relations in the workplace.

It isn’t surprising that this field began with the film industry. In 1916, a psychologist named Hugo Müensterberg wrote a paper called “The Photoplay: A Psychological Study.” The term “photoplay” referred to a movie. In the paper, he examined how audiences responded to the film and also how the film-makers used certain cinematic tools like lighting to impact the audience. That paper was followed with a study by LL Thurstone that led to the use of scientific practice in measuring audience responses. The study, founded by Payne Fund Research, was criticized for its lack of scientific practice but did lead to the development of a coding system for films. Traditionally, the discipline has been focused on children and their responses, but recently it has shifted to include all age groups.

In the late 1980s, the APA founded “Division 46: Media Psychology.” This organization centered around psychologists who practiced in the media by acting as psychology experts, hosting shows and performing other roles. Doctor Phil, who hosts an television program in which he gives advice and on-screen therapy is a great example of the type of psychologist Division 46 targeted.

How it is Used

So, how are those studies used to benefit people? In the 1950s, television was a safe landscape. Thanks to those coding systems couples slept in separate beds, most violence was confined to off-screen suggestions, and most programming was appropriate for most ages. People may have watched the evening news, but they also read newspapers and listened to radio broadcasts. That changed in the late 1900s and into this century when the bulk of information was garnered through television and social media. 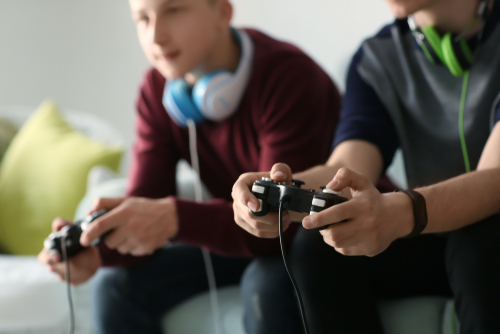 One role of the media psychologist is to look at the way the depiction of violence in television news and in video-gaming adversely affects people, for instance in desensitizing them to violence. Out of this research came a new understanding of the increased anxiety people experience today. After 9/11, when men, women and even children were glued to the television screen while images of people jumping from windows, smoke pouring from buildings and mass hysteria repeated for hours, a new type of PTSD emerged. That scenario was seen again in the rioting and looting during the recent racial protests and in repeated information about the novel coronavirus itself, according to the American Psychological Association. Psychologists began to understand that prolonged exposure to those images was creating a vague unrest that permeated society and showed up as anger and fear paralysis.

In addition to influencing the way people spend their money, media affects the way we think about our society. Issues like gender conditioning, racism, sexism, ageism and other biases are trained into people through media. Media psychologists who study these topics make recommendations about the content of programming as well as the lyrics in songs to re-frame those issues. It is interesting that one finding of media psychology is that removing negative media does not necessarily result in a positive change. More and more, media psychology is being used to advise media on how they can impact social justice, community and education. Instead of reaching thousands through textbooks, media reaches millions of people.

Few things are as frustrating as the inability to use technology. Media psychologists research ways to make the tech more “user-friendly,” and how to make it easier for people to find the data they need.

Matching Technology to Other Uses

If television and film form our ideas about societal issues, much of that is in how people who are “challenged” as well as anyone who is “ different” is portrayed. Media psychologists advise entertainment producers how to cast these roles realistically. A good example of this is the portrayal in a program called “The Good Doctor” of an autistic man who functions as a surgeon. Although there is no one profile of an autistic person, psychologists in an advisory role can make the role not only believable but increase pubic acceptance of autistic people in general. 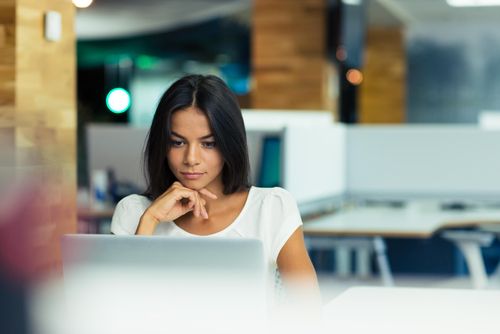 In response to the developments during the 1980s, The APA formed a “task force” comprised of psychologists in research, in clinical practice and in other aspects pf psychology to understand media and its effects, and the way technologies had integrated. Some objectives of the task force are:
• Supporting research into the interaction between people and media
• Develop and encourage a “pro-social” approach in media
• Support the education of the public and of professionals in media and technology, especially in something the task force calls “digital citizenship”
• Encourage “effective and positive use” of media to educate people about media and its impact on society
• And more.

According to the APA, originally the field of media psychology had more to do with the negative impact that media has on people of all ages, but especially on children. It has evolved, and now places a considerable emphasis on the positive ways that media can influence people. For one thing, scientists are looking at ways that gaming can be used to teach skills and concepts of ethics and morality to people with cognitive challenges. It is also investigating how programming in social justice can inspire values of equality in people. Another application getting attention is that of the use of technology to inspire people to become personally responsible for their healthcare. Using easy-interface technologies, patients could see and become involved in choices that would promote healthy lifestyles and diets, regular medical care and consistency in taking medications. All of these functions involve not only presenting the information on media but in presenting it in a way that people would become engaged with it. That is the point where a media psychologist would be a valuable commodity.

As society increasingly relies on various forms of technology to communicate, work, and complete everyday tasks, the demand for media psychologist professionals in various settings and positions also continues to grow. From working in research positions to working with private organizations to support business operations, a psychologist with a specialization in media is a valuable asset.

Preparing for the Media Psychology Field

There are a number of educational possibilities that can help you prepare for career possibilities in media psychology. Position qualifications are likely to include a minimum of a bachelor’s degree in the field, although some positions will require a master’s or doctorate degree. A doctorate degree, for example, will be required for most teaching and research-intensive positions.

Although at this time there is no licensure program or certification that must be earned to work in this field, there are some schools that offer certificates. The programs usually last a few months and entail taking three or more courses. You can specialize the certificate in things such as brand psychology ( how people form brand loyalty) audience engagement ( or how media presentations connect with audiences), and media neuroscience.

The Role of Media Psychology

The role of the media psychologist is to examine the interaction between people and various types of information that are delivered via some technological medium. The field of media psychology developed from both a concern for the effect of different types of technology on people of all ages and a desire for technologically-driven companies to capitalize on behaviors associated with different types of media.

Professionals in this field attempt to identify everything from learning outcomes of educational technology to the effects of prolonged exposure to a specific form of media. For example, professionals in this field might concentrate on the influence of television, radio, or print advertising on consumers. Other areas of focus include researching and analyzing the role of social media in interpersonal communication and social behaviors.

The ways in which individuals interact with various types of interfaces is also an area of media psychology that is beneficial for different organizations. For instance, media psychologists might study the effects of video game graphics and sound on children, the level of understanding of online educational material on adult learners, or the effects of subliminal product messaging in film and television on adolescent purchasing behaviors.

Media psychologists are in demand for a number of different types of organizations. In addition to private practice, media psychology positions can be found in educational and research institutions, as well as government agencies. These positions could be for conducting research or for teaching and, in most of these positions, a minimum of a doctorate degree will be required. Other career opportunities include working with various organizations to develop training materials; developing materials in marketing or advertising agencies; and working in broadcast, entertainment, or technology companies.

There is no one job that is labeled “media psychologist.” The field concentrates on the interaction of people with media, but there is no specific list of duties for a media psychologist. That means it is important to decide what area of the discipline most interests you. Students who take this step early in their degree programs can select courses from many disciplines that will better prepare them for specific careers. In addition to psychology courses, students might study marketing or other business courses. Child development is another course with obvious benefits. Statistics and research methodology would also be good choices.

So, what are some actual jobs you can get as a media psychologist? You might work as an advertising or marketing manager. The Bureau of Labor Statistics gives the median salary for this position as $135,900. Another possibility is curriculum design. These people have a median salary of $61,210. A recent posting on a job board was for a digital marketing manager for Facebook Ads. The salary for that job is $140,000. In addition, there are many internships that, while temporary, can offer a decent hourly wage ( $18) and work experience that will fill out a resume nicely.

The use of technology and media to interact with one another, complete job duties, and gather information is an important part of many cultures around the world. With education and experience, a media psychologist can research and analyze behaviors in order to best enable society to utilize media with positive outcomes.