How Does Science Explain Transgenderism? 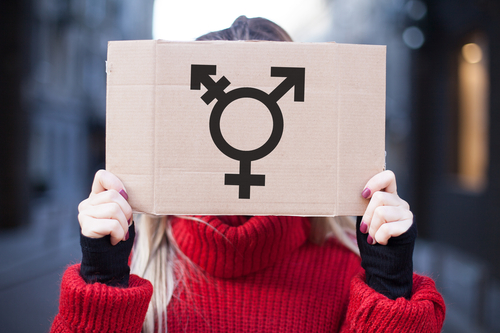 Transgenderism and the transgender are topics that have gained notable momentum in the public conscious as of late. What exactly is this status, and what is the reasoning behind it? Here, we take a look at the scientific community’s efforts to explain and understand this personal preference and status.

There is a discourse in 21st-century society about what is the social construct, gender norms or nonbinary genders. Few people claim that sex is a social construct. Excluding mutation or certain congenital medical conditions, sex is normally binary. Either a baby has one set of “plumbing” or the other. But, gender, beginning with parents naming their baby, is taught. A baby born with testicles and a penis is called Frank, Bob, Peter, or Charles. A baby born with a vulva and vagina is called Susan, Betty, Linda, or Jasmine. It would be considered weird to name a baby something from the “other column.”

People, however, have questioned what society calls “gender norms” for a long time. Nearly 50 years ago, Charlotte Zolotow wrote “William’s Doll,” which is a striking story for its time. The protagonist, William, wants a doll to care for and play with. Of course, William’s father is incensed and gives William “toys for boys.” It falls to William’s grandmother to give him his doll. When the father becomes angry, the grandmother placates him by saying that by playing with the doll, William will learn good parenting skills.

Transgenderism is a lot like that. Transgender people don’t fit neatly into society’s pigeonholes. There are people who are genderqueer, identifying as a nonassigned gender but expressing traits of their assigned sex. There are also people who identify as ace or asexual. They might be cisgender but have no attraction to any sex or gender. There are even people who are gender-fluid, and these people might be one thing one day and something else the next. These are but a few examples of the way transgenderism exists in the world. The binary system no longer applies. Indeed, gender is a social construct.

What Is the Science of Transgenderism? 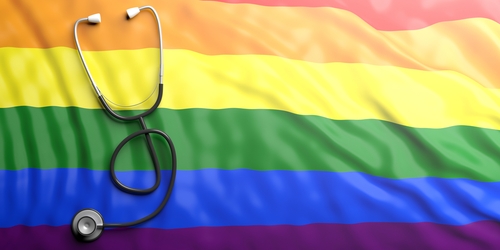 One key discovery regarding transgenderism is that it is not synonymous with sexual orientation. Most drag performers, for example, are gay men who perform as women for entertainment. They’re cisgender and gay. There are trans drag performers, however. Peppermint is a prime example, being a trans woman performing in what has been a male-dominated field. Some performers are cisgender and straight. Australian drag performer Barry Humphries is one such performer.

Still, the concept of transgenderism as a mental defect persists in much the same way as homosexuality did until the APA declassified it as such in 1973. In April 2019, Belgian scientists began the largest study of transgender individuals undertaken to date. With only 0.3 percent of the world’s population identifying as transgender, previous studies were deemed inconclusive. One of the most startling conclusions they made was that, in many, many cases, the transgender people identified as transgender unwillingly. They didn’t want to subject themselves to the stigma, prejudice, and shabby treatment they would certainly undergo by being trans, but they could not deny themselves to themselves.

The study is not only the largest of its kind, but it is also the first of its kind to follow the subjects in their daily lives throughout their lives. The study now has thousands of subjects, and The European Network for the Investigation of Gender Incongruence is progressing steadily. So far, there is no “genetic key” that explains why someone is transgender. Science cannot yet explain whether there are chemical reasons someone is transgender either. They are, however, nearly unanimous in their opinion that transgenderism is not a manifestation of mental illness. Through their work, they are striving to get transgenderism declassified as such.

That’s only part of the whole idea of transgenderism. The science of transgenderism recognizes, quite literally, dozens of categories. They include people of many genders, some of whom express their perceived gender and some of whom who identify with one gender but express a different gender. The possible combinations quickly become apparent. To help classify these people’s preferences and expressions, there now exists the “gender unicorn.” It’s a graphic designed to explain these differences, and the graphic includes five characteristics:

Therefore, it is possible for a person to identify as nonbinary, wear women’s clothing, have male genitalia, prefer women with whom to have sex, and prefer men to bond with emotionally. Five decades ago, people who identify this way would have been committed or, worse, assaulted or killed simply for being their true selves. Today, the aforementioned organization and its groundbreaking study seek to ameliorate the negative perception of transgenderism by figuring out the nuts and bolts.

So, it can be seen that there is no one definition that encompasses the transgender spectrum, the spectrum of sexual orientation, or the other gender nonconforming ways that people express themselves. One size most definitely does not fit all.

Having covered the basics of this status itself, let’s now look to the science world’s attempts to understand and compartmentalize this particular human sentiment. Although science has only really just begun looking to the subject in the last few decades, it has been involved long enough to generate a history of hypotheses and ever-changing theories with regard to the matter. One of the most notable and possibly most infamous attempts to explain transgenderism scientifically has been by way of trauma causation. This, like many other theories, went by the wayside as the medical and scientific communities encountered too many roadblocks to this being the absolute truth.

One such “old-science” theory is that trans women grew up idolizing their mothers and transitioned “to be like mom.” Granted, this theory is 75 years old, but others throughout those 75 years have attempted to build on it. These theorists have met criticism because they typically exclude possible biological causes of transgenderism while pushing theories that transgenderism is a mental defect. Ray Blanchard’s theory is that trans women seek to be women because they are sexually aroused by the idea of them being women. He believes the same thing about trans or genderqueer men.

Perhaps the most insidious of the uninformed old science is that transgender people were automatically pederasts or pedophiles. In the scientists’ quest to put people into as few categories as possible while reinforcing gender norms, they refused to acknowledge the data that told them that these people were from many different groups. Worse, they ignored data that these groups were normal expressions of people’s varying feelings. In almost all ways, the old science is conformist. It followed the scientific fallacy of making the data fit the theory rather than the other way around. 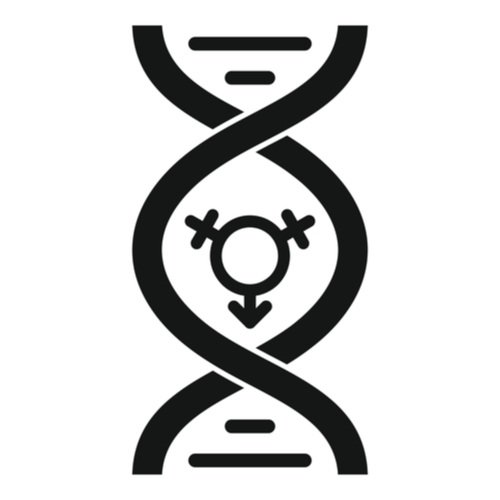 Today however, research has come much further. It has not conclusively explained the physiological reasons for this status, but reportedly, it is closer than ever before. Some great insights along these lines have come by way of an esteemed specialist in the matter, Dr. Johanna Olson, of the Children’s Hospital of Los Angeles Transyouth Program.

According to Olson, “We don’t know what causes someone to be transgender, but what we’re learning as we’re putting the pieces together is that there are likely many factors. Genetics, hormones or other elements likely play a role. The information that is being discovered now is indicating that the neural wiring in a transgender person’s brain looks more similar to their gender of identity rather than their gender of assignment at birth.”

Across the four sites, the study involved two distinct groups of young people: trans young people who began taking puberty blockers and young people taking gender-affirming hormones. Almost 500 young people participated. The gist of the study was to determine the effects of these hormones, both physically and emotionally, over the long term and also to study the interactions of the young people, their parents, and society.

Dr. Olson and her colleagues collected data at six-month intervals for two years. They studied physical growth, athletic performance, reaction to the hormones, blood pressure, BMI, and other physiological characteristics and compared them to standardized charts. They determined, too, that the hormones were safe for teens to take and that any effects from them were minimal and would not skew the results of the study.

Additionally, they analyzed the psychological effects and personal growth of each of the subjects. They found that many of the subjects had pre-exisiting mental health diagnoses associated with anxiety about the subjects being trans. Their data indicate that the use of hormones mitigates both the anxiety and the diagnoses. The researchers also assessed these data at six month intervals for two years.

Some of the topics they studied include quality of life, thoughts of suicide, if any, body esteem, self-harm short of suicide, resiliency, parental support, and self-perception. They also studied whether or not autism was a factor in transgender identity. Although they did not find any correlation between the autism spectrum and transgender identity, other than the fact that some autistic people are transgender, they did find that trans and gender-diverse youth have few options when it comes to acclimating in a society that both actively promotes binary genderism and suppresses that which is different. The Utrecht Gender Dysphoria Scale was an important tool in assessing the levels of anxiety that the subjects felt. The researchers did feel, however, that the UGDS is a static tool and that future understanding of transgenderism would have to branch out from it.

What the nearly 500 subjects have taught the researchers is that the value of community-based participatory research, or CBPR, is greater than previously surmised. The idea behind it is to make the subjects feel like equal partners in the research. They can also feel as if they have some control over their own understanding of who they are and that their participation will have a beneficial effect on society, which will make the lives of future transgender persons easier and better understood. 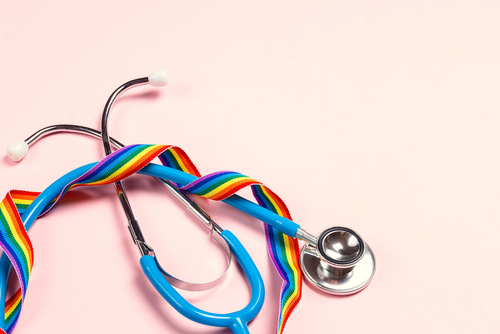 As Olson’s study proved, although there are tantalizing breakthroughs and new information regarding transgenderism, there is much left to learn. As society’s understanding of the science of transgenderism grows, the characteristic will change from “mental defect to be avoided and suppressed” to “diverse trait to be celebrated.” Children will be able to grow into well-adjusted adults even if their gender, expression, attraction, and preferences aren’t the same as the vast majority of people.

There are 328,000,000 million people in the United States, and roughly fewer than 1 million of them are transgender. As both understanding and acceptance of transgenderism grow, however, many people who have suppressed their true selves for the sake of “going along to get along” might fully embrace themselves. It will very likely surprise us to realize how many transgender people there really are.

Directly paralleling the findings and work of Olson and other important figures in the field, some very noteworthy psychobiologists and neuroscientists have recently uncovered some interesting and quite telling scientific clues in the matter. As detailed by publications at Scientific American, a recent brain-imaging study found conclusively that the shape and structural formation of the brain of transgender people is different from that of others born of the same physical gender. Specifically, it was found that the transgender brain actually resembles the brain of the transgender person’s personally identified gender as opposed to the physical gender of their birth.

To conclude, there is still plenty of research and solid knowledge to be gleaned in the area of transgender individuals. To some, the science behind it all really does matter, while to others, it’s truly not of much consequence. These are the basics of transgenderism, the transgender, and today’s general scientific stance on the matter.