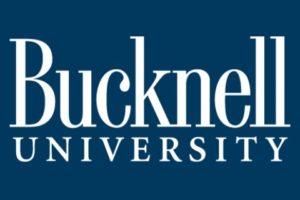 Bucknell University appears in our ranking of the 50 Great Small Colleges for a Bachelor’s in Psychology.

Bucknell University originated on August 24, 1832, when the Northumberland Baptist Association resolved to open an all-male literary institution for Central PA. In February 1846, the University at Lewisburg was finally chartered by the General Assembly. In 1850, it relocated from the First Baptist Church to its first campus building called Taylor Hall. The next year, President James Buchanan joined the university’s Board of Trustees. During the Civil War, the University at Lewisburg was closed in 1863 as the Battle of Gettysburg occurred. In 1883, women were openly admitted for equal opportunity. In 1886, its name was changed to Bucknell University after real estate investor William Bucknell’s $50,000 donation. By 1925, the earliest four-year Bachelor of Science degree was granted. In 1933, the institution had expanded by founding Bucknell Junior College in Wilkes-Barre. In 1947, Bucknell established an Animal Behavior Lab. In 1970, Bucknell University launched its Freshman Humanities Semester.

On June 26, 2014, the Middle States Commission on Higher Education (MSCHE) Board of Trustees voted to reaffirm Bucknell University’s Level III accreditation status with commendation through the next 2023-24 evaluation under President John C. Bravman, PhD, who earned the Gores Award for Excellence in Teaching. Located 167 miles down Interstate 476 in Philadelphia, Pennsylvania, this splendid six-state Northeast Region accreditor is authorized by the U.S. Department of Education to review Bucknell’s 63 baccalaureate and 13 graduate options.

Admission to Bucknell University is classified as “most selective” by Peterson’s because 3,352 of the 10,144 Fall 2018 applicants were chosen for competitive 33 percent acceptance. First-year Bison entering the College of Arts & Sciences must finish a strong college-prep high school curriculum. Four years of English, three years of math, and two years of foreign language are mandated. The Class of 2022 presented an average secondary GPA of 3.55. Mid-range admitted SAT scores were 1250-1420. The middle 50th percentile had ACT scores of 28-32. Please note Bucknell began a five-year pilot program for test-optional enrollment in 2019 though. One exception is for foreign students who need at least 68 PTE, 7.0 IELTS, or 600 TOEFL pBT scores in English. Undergrads who’ve completed up to 2.5 years of collegiate courses graded C or better can transfer. Master of Science programs require accredited four-year bachelor’s completion with a 3.0 or better GPA. The M.S. in Animal Behavior lists four prerequisite courses, including Introductory Biology and Research Methods.

Learn more about Bucknell University at the Psychology Department website.